As Memory Fades: The Importance of Belief in American Gods and Megillat Esther 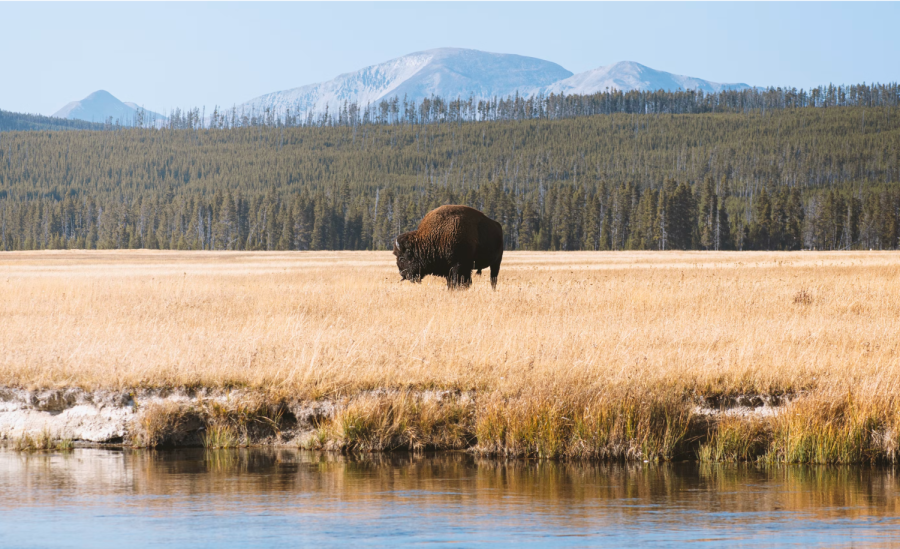 Photo by Steven Cordes on Unsplash

American Bison grazing in a field in Yellowstone National Park

For many, compared to the miracles that guided the Israelites through the desert or lightning-wielding gods that walked the earth among mortals in ancient stories, gods are not present and do not have a place in the modern world. We have GPS and can do fine with electricity on our own, thank you very much. Without their physical presence in our lives, these divine stories seem entirely apocryphal, barely extant and irrelevant even if they were real in the first place.

The questions Where is God now and Is God real have plagued America’s diverse immigrants ever since they reached its shores. In American Gods, Neil Gaiman explores the nature of religion and the fundamental rejection of the old gods in the fabric of America. These themes are especially apropos to the struggle of the Jewish people to preserve their faith for over two millennia as illustrated in Megillat Esther, the central story of the Jews surviving spiritual and physical annihilation. Every year on Holocaust Remembrance Day (which was just over a week ago), as we are confronted by the horrors of the concentration camps and the ghettos, it becomes difficult to comprehend how Judaism could persevere. American Gods and Megillat Esther demonstrate the appeal of having something to believe in and the strength that is required to hold on to faith in something you cannot see.

In American Gods, gods are the manifestations of their worship; belief brings them into physical existence and gives them power. When people leave their ancestral homelands behind, they carry their culture and traditions with them, planting their gods in America much as the United States planted its flag on the moon, their presence incongruous with their surroundings. This is because America is a melting pot, a place for people to renounce their pasts and adopt a new way of life. And while the first generation might hold on firmly to their beliefs, their gods are gradually forgotten, abandoned by their people.

Although some gods still remain and are present in the novel, like Odin and Loki from the Norse pantheon or Anubis and Thoth from Egyptian mythology, they are shadows of their former selves. In their place, new gods rise to prominence in the hearts and minds of Americans as they reject their immigrant roots. Once committed to the gods they brought with them, they instead sacrifice their time and money to worship new gods of media, technology, and politics. Individuality is forsaken for consumerism. However, the inherently acquisitive nature of Americans means that they are not satisfied with the gods they have – the gods of radios and railroads are long gone, and the rest are also in constant danger of becoming obsolete. As Odin remarks in the novel, “This is the only country in the world that worries about what it is.”

This conflict between assimilating to the majority and preserving one’s beliefs and values is the focus of American Gods. The novel follows Shadow, a former convict, as he is inadvertently thrust into a war between the modern gods and the old ones for the soul of America. Outwardly, he appears to be dull-witted, yet that belies his intelligence and his capacity to believe in others. Shadow gets caught in the crossfire as he struggles to discover who he truly is and what he believes in, ultimately choosing to stay true to his morals, even if it means putting his life in danger.

In Megillat Esther, the Jews are similarly confronted by competing urges to preserve their Judaism or assimilate into Persian society, at a communal and individual level. Set in Shushan, in exile from Israel, as the Jews are exposed to new gods and integrate into different cultures, it is difficult to discern God’s presence. The Jews are described as “scattered and dispersed among the other peoples” in the empire. In fact, God’s name is not mentioned once in the entire narrative, either a reflection of God turning away from the Jewish people, or more accurately, the Jews turning away from God.

In the megillah, a young Jewish woman named Hadassah is selected to join the king’s harem, soon rising to become queen. But her adopted father, Mordechai, urges her to hide her true identity and change her name to Esther. This question of faith is highlighted when Haman, the advisor to King Ahashverosh, ruler of the Perian empire, orders the mass-extermination of the Jews. Haman’s decree foments doubt in God’s omnipotence. When Mordechai initially approaches Esther to ask her to intercede and speak to Ahashverosh about saving the Jews, she brushes it off, refusing to sacrifice her position for the sake of a people that she no longer feels a part of. While Esther might have initially changed her name out of necessity, she begins to internalize her abandonment of God, undergoing a gestalt shift in the way she views the world.

Esther’s struggle to remember her faith in exile is indicative of humanity’s need for physical connection to keep the flame of belief burning bright. We need to feel the warmth of the fire to want to preserve it. Shadow eventually realizes that any war between the gods distracts from their personal struggles against being forgotten, their battles to stay rooted in a land that deracinates them. The land is the only constant in a place that “is not a good country for gods,” and it cannot be destroyed even if new gods seem to take over. In American Gods, the land is represented by a man with a buffalo head, a species on the brink of extinction because of overwhelming human greed. Gaiman seems to argue that regardless of the gods that come and go, America’s soul will always reflect its nature, its “purple mountain majesties above the fruited plain.”

The Jewish people are irrevocably linked to a different place, Israel. In Leviticus, God explains to the Israelites that God brought them out of Egypt “to give them the land of Canaan[,] to be their God.” The Tannaitic sages understand this verse without the comma, meaning that Israel is the focus of the Jews’ worship and the epicenter of Jewish thought and culture. Accordingly, just like the immutability of the land in American Gods surpasses all else, Israel preserves Judaism so long as Jews continue facing east toward Jerusalem.

According to Rabbi Jonathan Sacks z”l, the turning point in Megillat Esther comes when Mordechai tells Esther that she is still connected to the Jewish people: “Who knows, maybe you became queen for a crisis like this?” She begins to consider how God put her there for a reason, a hidden call that God’s faith in the Jews hasn’t waned. In a time when all hope seems lost, Esther realizes that like the land in American Gods, God isn’t going anywhere, restoring her belief and strengthening her will to stand up to Haman. Esther urges the Jews of Shushan to fast with her for three days and afterward, she approaches the King unasked for, threatening her life yet ultimately saving the Jewish people.

That isn’t the end of the story, though. The question of legacy looms large in American Gods and Megillat Esther. After Odin is killed, Shadow is tied to a tree and holds a nine-day vigil over the body, hearkening back to the norse myths where Odin did the same to learn the runes that gave him his power. In the process, by honoring Odin’s memory, Shadow similarly learns the information he desires most. However, his sacrifice is inherently futile: standing vigil kills him, bringing his belief in Odin with him to the grave without passing it on; faith and knowledge is meaningless if it is not used or shared. Even though Shadow is brought back to life through magic, he recognizes that most of what he learned on the tree, he’s already forgotten, “like a dream that changes you . . . but when you go looking for details they kind of just slip out of your head.” As people, we need stories to believe in, yet often we don’t internalize them for long. Megillat Esther, the story of an ancient struggle to keep Judaism alive, is told every year because we continue to have difficulties finding God in a seemingly godless world. It reminds us that even when we feel that we are at our absolute nadir, abandoned and assailed on all sides, God is there for us. All we need to do is believe.