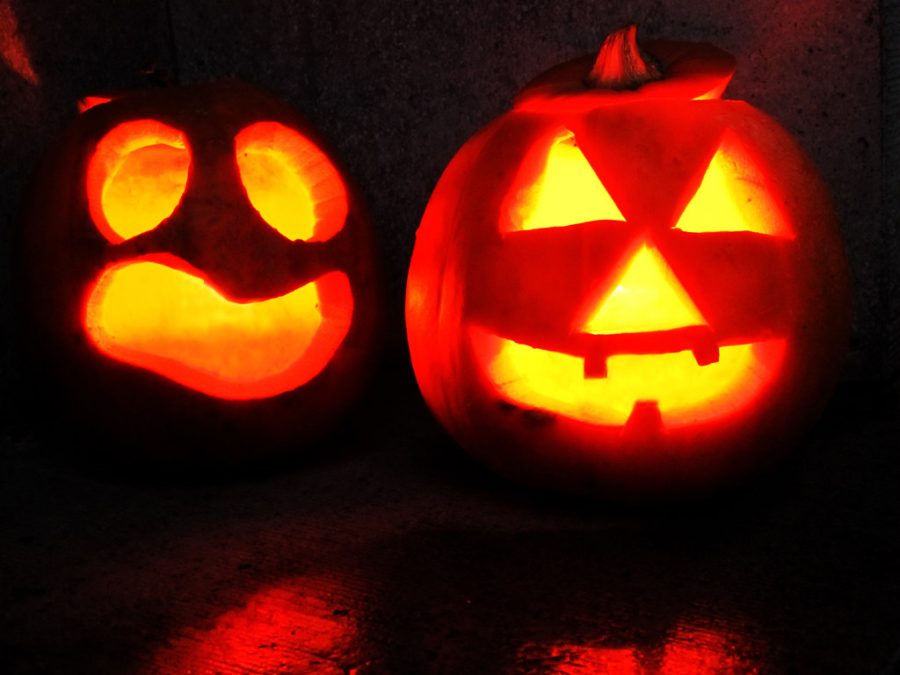 Two Jack-o-lanterns smiling in the spirit of Halloween

As the leaves crunch under footsteps and the breeze in the air changes, it is the automatic telltale sign that Halloween is near. Halloween, the most wonderful time of the year for candy companies.

There are so many essentials for the preparation of Halloween. You need to go to the pumpkin patch to pick the pumpkin you will carve, decorate your house, watch horror movies to get in the mood, and of course, make the final plans for what you are going to do on the night of Allhallow’s Eve.

Although Milken doesn’t celebrate Halloween, many Milken students do outside of school. Picking out the costume though is when the trouble starts for many of us. The costume can’t be basic and cliché (angel and devil), but the costume can’t be too time-consuming to actually make it. If you’re like me, I always end up leaving it until the week of because I can’t come up with an idea for a costume.

So here are some Halloween costumes to make sure you aren’t rushing to figure out a costume the night before.

Lilo and Stitch
Meg and Hercules
Cassy and Maddie from “Euphoria”
Velma and Daphne from “Scooby-Doo”
Milo and Kida from “Atlantis”
Serena and Blair from “Gossip Girl”
Dipper and Mable from “Gravity Falls”
Ferb and Vanessa from “Phineas and Ferb”
Mavis and Johnny from “Hotel Transylvania”
Coraline and Other Mother from “Coraline”
Tokyo and Rio from “Money Heist”
Harley Quinn and Poison Ivy
Peter Pan and Hook
Elvis and Priscilla Presley
Russel and Carl from “Up”
Max and Caroline from “Two Broke Girls”
Lindsay and Gwen from “Total Drama Island”
Spongebob and Patrick
Paris Hilton and Nicole Richie
Cher and Dionne from “Clueless”
Wanda and Cosmo from “The Fairly OddParents”
Coraline and Wybie from “Coraline
Finn and Jake from “Adventure Time”
Ash and Pikachu
Cruella Da Vil and Dalmation
Troy and Gabriella from “HSM”
Tinker Bell and Wendy
Mr. & Mrs. Smith
Buzz and Woody from “Toy Story”
Draco Malfoy and Harry Potter
Cat Woman and Bat Man