8 Shows to Watch if You Loved ‘Bridgerton’ 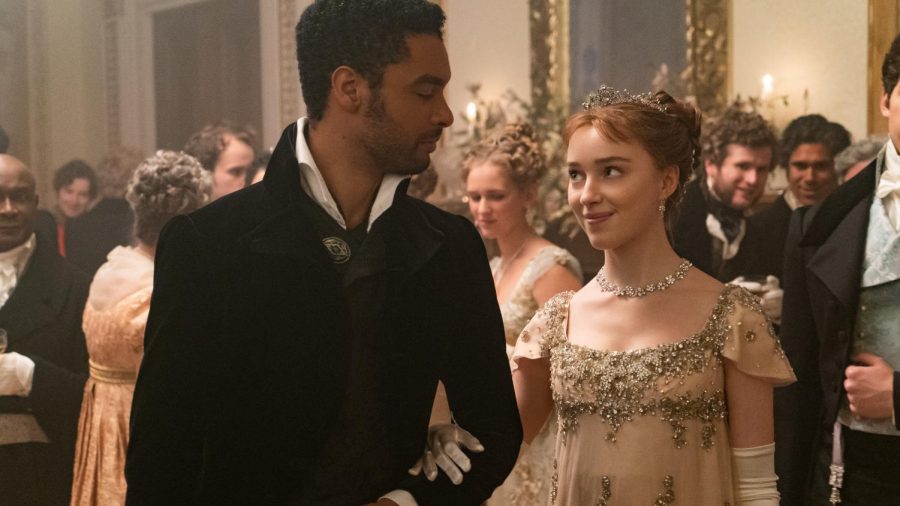 If you’re anything like me, then you also finished the Netflix original series Bridgerton in less than two days. Bridgerton is set in 1813 London and takes you through the journey of elite families struggling to find acceptable marriage “suitors” for their children. After being extremely involved in Daphne Bridgerton’s love life, you’re probably looking for a new escape from reality. Here are eight shows to watch if you loved Bridgerton.

I am yet to meet someone who watched Bridgerton without having watched the teen drama Gossip Girl. The most significant similarity between the two is that they both have a mysterious character who writes chronicles exposing tons of major drama within high society. Besides, I think many would consider watching Gossip Girl a right of passage for any high-schooler. If you have not seen this all-time classic yet: what are you waiting for?

The Royal Family, long dresses, lavish parties, and the politics of running a country. The Crown is a captivating Netflix series that portrays the drama and controversy of Queen Elizabeth II’s reign. Additionally, The Crown is immensely popular with adults, many of whom were alive when the events in the show took place. I often find myself chatting about it with my parents on a daily basis!

Reign is a romantic drama, similar to The Crown in that they both focus on a Queen. Reign focuses on Mary, the Queen of Scots, and her great love, Prince Francis. “I personally loved the costume design and how elegant each individual was dressed,” said Milken student, Kayla Refoua. The actors in Reign are fantastic, and this series sends a strong message about female power. Add it to your list!

If you loved Daphne Bridgerton, played by Phoebe Dynevor, be sure to see her again as Clare in TV Land’s Younger. Younger is set in New York City and follows the life of a divorced woman who tries to re-enter the working world at age 40 posing as a 26-year-old. I watched the first episode of Younger while on a long flight and could not resist laughing uncontrollably, which definitely resulted in some stares from fellow passengers. This guilty-pleasure show is definitely a must-watch.

Like Bridgerton, Scandal was created by the clever drama series mastermind, Shonda Rhimes. True to its name, this oh-so scandalous series focuses on a powerful team of lawyers based in Washington D.C. who make scandals disappear left and right while handling government crises and coping with their tumultuous personal lives.

Belgravia is a historical drama set in the 19th century based on the novel written by Oscar winning-author, Julian Fellowes.  Emphasis on “drama.” With incredible production, hair, makeup, and more, Belgravia is filled with similarities to Bridgerton, plus more secrets and affairs. With only six one-hour episodes, you can easily watch an episode each day during lunchtime but resist the urge to keep watching during your Physics class.

Run to Hulu and watch The Great: I know you won’t regret it. The Great is a comedic drama about the rise of Catherine the Great and the difficult choice she must make between the future of Russia and her own happiness. With only ten episodes, The Great is a short watch that also educates you about Catherine II’s history, the longest-reigning female ruler in Russia’s history. Although The Great is not historically accurate, it will have you on the edge of your seat, nonetheless.

You might be asking why Grey’s Anatomy is on this list. If you have not seen Grey’s Anatomy, go call up your friend who talks about it 24/7, and I’m sure they will give you many reasons why to watch it. This OG Shonda Rhimes series should definitely be on your list considering the fact that Bridgerton is a Shondaland show as well! According to “Pop Sugar” The creator of Bridgerton also worked with Shonda Rhimes on Grey’s Anatomy. For more dramatic romance and hours of necessary binge-watching, I urge all of you all to start Grey’s Anatomy fast because you have 17 seasons to catch up on.