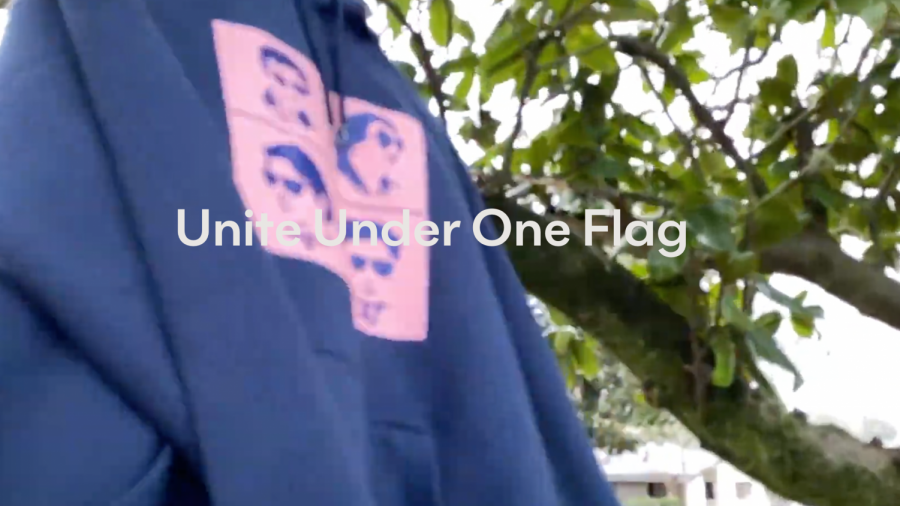 With a timer counting down until the “limited drop” of streetwear-inspired clothing, you might think that you were looking at communications from a “Hypebeast” store on Melrose Avenue. But actually, it was a new release of merchandise coming from Milken.

This marketing strategy is a key aspect of Milken’s latest aim: to create buzz around new developments and garner school spirit. The clothing itself went through an extensive sourcing and feedback process to make products that were functional, trendy, and in-line with the recent rebrand. Using the new Milken logo and a neutral colorway, the sweatpants, hoodies, and long-sleeve T-shirt were made with the average Milken student in mind but were supposed to be much more than the average school merchandise. The school hopes that wearing the same clothes will send a message about unity to a physically separated and politically divided campus.

In general, Milken students responded well to the drop. Sam Steinsaper ‘21 noted that “the designs are fairly simple which is very popular for clothing right now.” Even Alex Gabby ‘21, a nominee for the “best dressed” senior superlative said, “It looks comfortable. I’d wear it!”

Before this drop, Milken-related apparel was limited to standard clothing featuring the Milken logo, and a plethora of disparate designs produced by various clubs, teams, and groups on campus. When the external relations department launched the Milken rebrand, they emphasized the importance of fostering unity and bringing people together. Creating a cohesive look for the merch would be conducive to that goal. And so, the slogan featured on the site was born: “Unite Under One Flag.” This is potentially a nod to national unity, and a call for Milken students to be united under the flag as a part of the Milken community, regardless of individual political views or affiliations.

To achieve that goal, what followed was a process of care and creativity. Instead of plastering Milken’s logo on generic clothing from the likes of Gildan and Custom Ink, Zechariah Morrow, Milken’s Marketing Manager shared that the team went directly to multiple clothing manufacturers in order to create a custom, distinct look for the Milken merch. The site states that they sampled “hoodies from Portugal, shirts from Pakistan, and even joggers from Los Angeles.”

Flexibility and student feedback were integral in the design and release of the new merch. The marketing department worked closely with students as part of the SLERP (Student Leadership External Relations Program) to create designs that would appeal to students. After some disagreement among students about how fun and impactful the merch should be, they ultimately opted for more simplistic designs that are more wearable and on-trend. Even the custom labels were subject to scrutiny by SLERPies, who helped in deciding the final look. The external relations department further illustrated their adaptability later on, when they decided to remove the password on the website. Although it was initially intended to ensure that only students had access to the site and add to a feeling of exclusivity, it caused some confusion and was therefore removed to make the site more user-friendly.

“We don’t want to be wasteful,” says Morrow. For this reason, all merchandise will be released in limited quantities. The first drop will be live on Wednesday, February 3rd at 8 a.m. and can be picked up as soon as February 9th through the 11th. After the items have sold out, they will be available again for pre-sale to be picked up a few weeks later.

While the limited drop and preorder process also does well to gauge and limit financial risks, Morrow noted that “This isn’t a money maker for Milken, this is about school pride.”