The Cost of Getting a Puppy For Hanukkah

Hanukkah Should Not Be a Jewish Christmas 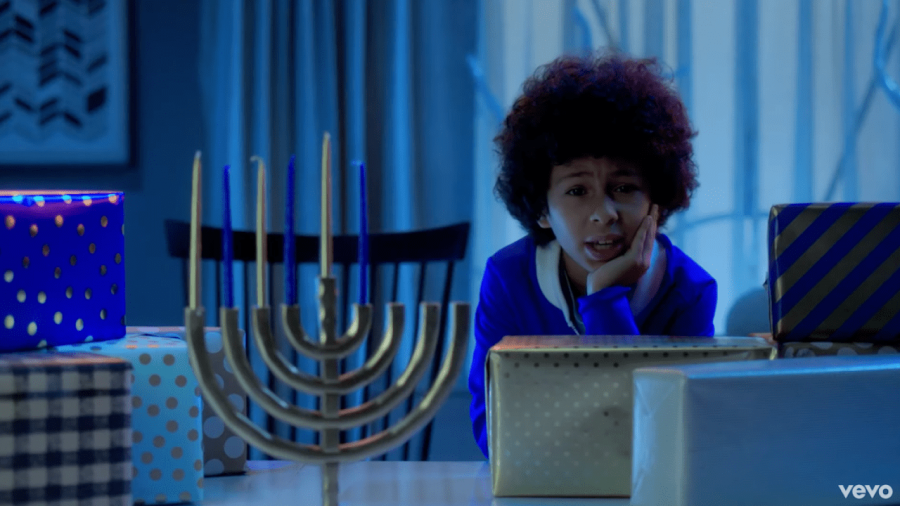 “I’mma get a puppy for Hanukkah.”

A few days ago, Disney released A Puppy for Hanukkah, a lighthearted music video depicting the story of a child hoping each night to get his desired Hanukkah present, a puppy. On the surface, this is a cute, innocent video. At a time filled with Christmas music, traditions, and decorations, it can seem refreshing for Jewish representation to appear from mainstream sources and possibly work to expanding the American’s perception of Judaism.  This is the one time of year that nearly any Jewish culture is depicted to the masses at all. There are no music videos by Disney for Shabbat, Passover, Purim, or any other Jewish holiday. So, the question arises and is worth considering: Why is Hanukkah, a relatively minor holiday in the Jewish tradition, the single holiday that is given so much attention?

Hanukkah in America is often treated like a Jewish Christmas. With gift giving, decorations, and even sometimes Hanukkah bushes, many secular Jews utilize the holiday to feel included in Christmas practices, which often occur during a similar if not overlapping time frame. While the traditional aspects of Hanukkah, like fried foods, dreidels, gelt, and the lighting of the menorah, are still practiced, the holiday can feel slightly tainted by its overt Westernization.

Secular and reform Jews have generally had a complicated relationship with Christmas. Historically, Jews in Western Europe saw the Christmas tree as a symbol for inclusion within the greater society. Even the Zionist icon Theodore Hertzl met with rabbis while a Christmas tree sat in his home. To this day, it is not uncommon for Jewish people to celebrate Christmas. But, for those who want to avoid this, many turn to adopting Jewish traditions in order to feel included in the cultural celebrations occuring around them.

The practice of gift-giving began in America during the 1920’s. Jewish parents, seeing that their children were jealous about not getting Christmas presents, decided to mimic the practice. The idea of gift-giving on Hanukkah could theoretically be traced back to gelt. Traditionally, gelt was given as a gift to children, but only with the purpose of teaching them to give the gold coins to their teachers as charity: a sharp contrast to both the way the gold-covered chocolate is enjoyed today and the purpose of modern Hanukkah presents.

What is most fascinating, or perhaps frustrating about the adaptation of these traditions is its comparison to the true story of Hanukkah. The Jewish people rebelled against Antiochus, refusing to assimilate and to give up their Jewish practices. Incensed by the defiling of the Temple, the Maccabean Revolt ensued, in which we fought back and rededicated the Temple in order to ensure Jewish practices were maintained.

It can feel ironic that a celebration of refusing to give up our Jewish practices has been convoluted and commercialized into one that mirrors a Christian celebration. Beginning in the early 20th century, Christmas has become an increasingly commercial holiday, one that has separated greatly from its roots as a celebration of Jesus’s birth. Hanukkah, if considered a Jewish Christmas, runs that same risk. If the traditional aspects of Hanukkah and the storytelling are forgone, then all that is left is a shell of a holiday, a Christmas celebration colored in blue rather than green and red.