Milken: From Campus to Online 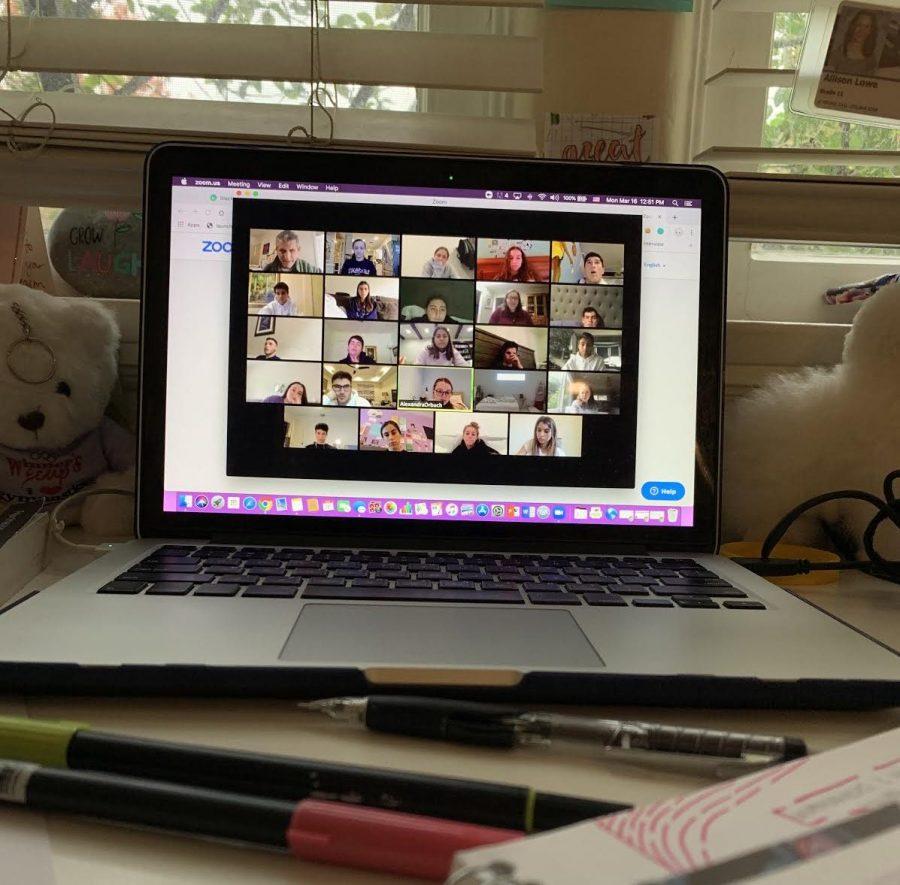 “Instead of having to get up and get ready for school every day, I can just roll out of bed and get in front of the computer and do school,” said freshman Sofia Goldenstein about her new morning routine.

Following the movement of social distancing in the wake of the Coronavirus outbreak, Milken Community Schools shut down the campus on March 12 and transferred classes online indefinitely. For so long, our community took it for granted that school involved physical classrooms with whiteboards and lines of desks, so when all of that changed, many were apprehensive. Although it has been a huge adjustment, the Milken community seems to be settling into it pretty smoothly. “I think online school is going well for the most part,” Hannah Fitteran told The Roar. Many students asked had similar feelings, expressing that the later start time of school was certainly something they could get used to. “I like that school starts later because I actually get sleep!” explained Aviva Miller (‘20). “Also, the breaks throughout the day make school a lot less stressful by allowing us to decompress after every class.”

Both Fitterman and Miller hit on the new changes to the schedule. In addition to starting at 8:30 AM as opposed to the usual 7:30 AM, the school day has been shortened to include four blocks of classes instead of the usual five. The administration also added a lishma period in the middle of the day in the event that students need extra sessions with their teachers. 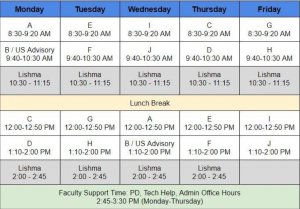 Others expressed that online school has been calmer for them than their usual schedules. “I like online school because it gives me the opportunity to have a less chaotic day where I can participate in activities like exercising or meditating to focus my mind,” said Mika Golshani (‘20).

Despite the positives, some students have expressed kinks in the new system. “Some classes like math and science are really difficult to engage with as they are usually classes that require more hands-on learning or explanation,” said Fittereman. She continued: “Certain discussion-based classes such as history and English are also taking some getting used to.” Further, some students are speculating that zoom is disabling their computer cameras. “Ever since I started using Zoom, my camera stopped working,” Julia Siman (‘20) explained. “It says I have no connected camera on any of my apps; everything is broken.” She quipped that some teachers think students are lying about the camera issue. “Even my advisor accused me of lying!” she exclaimed.

Other students explained that the technology wasn’t the only thing that made online school less engaging; the isolation has been tough too. According to Golshani, “what isn’t so great about online school is the fact that I can’t spend time with my friends in person…it is hard not to be around my classmates and the traditional school environment.”

The two platforms that Milken students and teachers are using for virtual school are Google Meet and Zoom. The Roar reached out to some students–virtually, of course–to find out which platform they preferred. “Zoom is better, I think,” said Tali Meisel (‘20), going on to explain: “Zoom allows you to use the chat and has a ‘raise hand’ button, which I think is probably especially beneficial to middle school and earlier high school classes.” Jordan Feldman (‘20) echoed Tali’s sentiments, telling The Roar: “Zoom lets you see more people at once and doesn’t jump around to the loudest person like [google] meet does.”

Overall, most students expressed a preference for Zoom. The school started classrooms on Google Meet and then some teachers chose to use Zoom. Some expressed their discontent with the fact that not all classes were on the same online platform, though. “I think it’s frustrating that all the teachers use different platforms,” Ali Lowe (‘20) revealed.

As can be seen, even though virtual learning has been an adjustment for the Milken community, administrators and teachers are working to make the experience as smooth as possible. As days go on, teachers and students alike are becoming more familiar with the online platforms and the overall flow of the new online schedule.