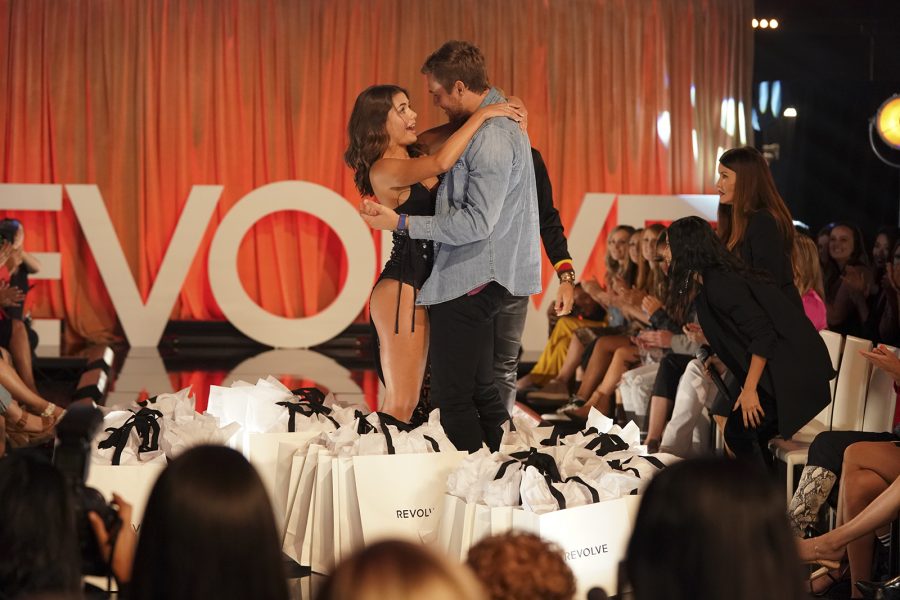 Welcome to Mikayla and Julia’s weekly Bachelor review! We are so pleased to have you in attendance. Each week, we’re giving personal opinions and highlights of the episodes as they’re released. This week, Pilot Peter’s journey includes a heated moment with a lost lover, a fashion show, and a champagne fiasco. Prepare yourselves for takeoff.

Peter canceled his group date because of Hannah B. drama…

This was really shocking and upsetting for us and the girls. These girls didn’t sign up to compete with Peter’s ex and it sucks that they don’t get to spend the time they need with him.

For the majority of the episode, Victoria was crying and complaining about her insecure and shy nature. We don’t know if that was all a facade for the shock factor, or if she was genuinely nervous, but her ironic actions showcased her confident and fierce side. Not only did she wear nothing but lingerie in front of a crowd of people, she planted a kiss on an impressed Peter’s lips. We think she left viewers a little surprised and confused, but we’re proud of Victoria F!

The main source of drama in this episode was a clash between Hannah Ann and Kelsey. Kelsey had been saving a champagne bottle for Pilot Peter for a year, and set up a special picnic for them to enjoy it together. Hannah Ann, during her own time with the Bachelor, stumbled upon the picnic and began to drink the champagne herself. Kelsey was enraged, leaving her to label Hannah Ann as the monstrous “champagne stealer.” Kesley involved the entire house in their squabble, making sure that everyone steered clear of the thief. Hannah Ann continuously denied that the theft was purposeful and managed to keep her cool amidst Kelsey’s growing hysteria. Eventually, it was revealed that the champagne that Hannah Ann drank was not actually Kelsey’s special bottle (evidently planted by the producers) and Kelsey finally got her champagne back to drink with Peter.

Kelsey refused to make a toast

Kelsey, Kelsey, Kelsey… What are we gonna do with you? After starting a catfight and irritating everyone, she continues to be this season’s drama queen. After the rose ceremony, she refused to make a toast, even though Peter personally requested she do it. Hannah Ann gladly took this as an opportunity to prove that she is an undramatic woman and made the toast.

After crying and complaining about champagne-stealer Hannah Ann, Kelsey finally gets some alone time with Pilot Peter. Unfortunately, Kelsey’s time was soiled when she took a swig of the champagne bottle and it exploded all over her face. This caused a laugh for everyone watching at home, but Kelsey’s embarrassment left her in tears. Again. (Which honestly made it funnier).

Group Date Rose (who got it and our opinion):

Sydney got this rose because she showed her vulnerable side to Peter. She shared a very personal life story with him, which is certainly not easy to do with a man you barely know, especially with cameras recording every word you say. Peter was impressed by her effort, to say the least.

Mikayla thinks that Mykenna deserved this Group Date Rose because she clearly had the strongest connection with Peter, and Peter seemed more into her than Sydney. I understand why he gave it to Sydney — it would have been hard not to after she shared such a touching story — but I think his heart was with Mykenna that night.

Julia thinks that Sydney deserved this Group Date Rose because she shared a piece of herself with Peter, whereas Mykenna simply kissed him for minutes on end. Mykenna was obviously going to make it through to the next round and Sydney needed her vulnerability and care to be recognized.