The 10 Most Influential TV Shows of the Decade 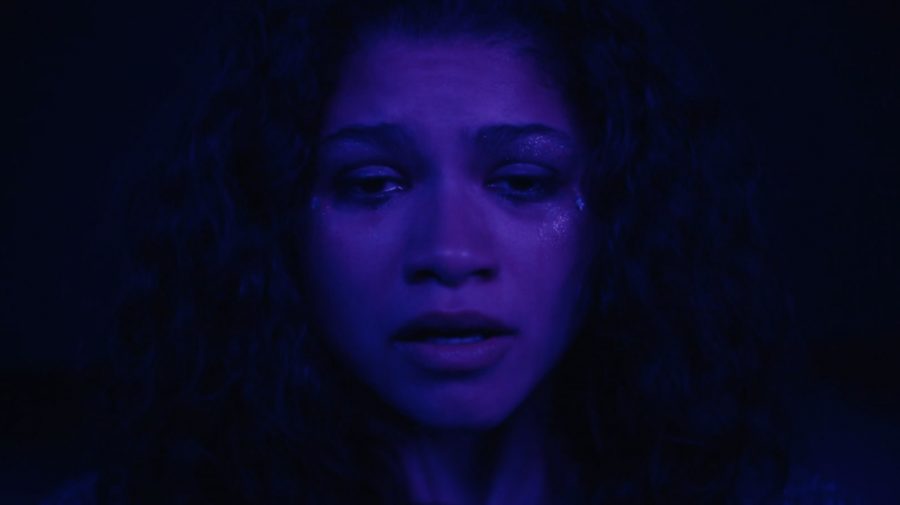 As the decade comes to a close, it’s interesting to see the impact the TV industry has made on society. These 10 shows left TV screens and entered the minds of the viewers, impacting our surrounding culture. Whether it influenced TV production companies or simply stimulated conversations, these are the most influential shows of the 2010s.

Adult Swim’s Rick and Morty may seem to be a profane and unrealistic cartoon show, but it has a deeper meaning behind it that has sparked many interesting conversations among its viewers. The show explores nihilism, existentialism and the different philosophies of life. Besides being a conversation starter, the TV show got rid of the idea of a “good guy” being the main character and emphasizes the complexities of people’s personalities. Even though this show is pretty unrealistic, the relatable characters make it applicable to an average person’s life. Perhaps one of the most influential aspects of Rick and Morty is the fact that it is based on futuristic science and, through its popularity, people who generally wouldn’t talk about science are having conversations about the subject like they never have before. The hit show didn’t only influence the audience, its ultimate impact was the revival of an extinct McDonald’s McNugget sauce: Szechuan sauce.

Netflix’s Big Mouth is highly controversial and is far from PG. It highlights the awkward and weird experiences encountered during puberty, making a bold statement about how everyone went through it and how it’s okay to laugh about it now. It’s the first show to ever be strictly about puberty (I don’t think many people were courageous enough to take this trip down memory lane) and it definitely doesn’t spare us from any detail about this bizarre time of our lives. It influences the older generations because they are pretty closed-minded about this uncomfortable time. The comedy zeros in on an embarrassing time for us all, making it influential for those who are more private.

Netflix’s Bojack Horseman is a rather sad show hidden under a thin veil of comedy. It exhibits the seemingly extravagant life of ex-Hollywood stars in a bad light. The cartoon influences the audience to rethink its envy of celebrities by exposing the cruel and drug-infused life of film stars. In Bojack Horseman, characters are constantly struggling with past trauma, medical problems and mental health issues, all while trying to keep up with the fast-paced life of a Hollywood personality. Not only does it uncover the horrors of this way of life, it instills the audience with empathy for those who are struggling, especially through the use of the main character Bojack. The TV show proves that everything is not what it seems and emphasizes the importance of looking past the surface.

The HBO show Game of Thrones has been massively popular since its release in 2011 and has impacted its viewers in countless ways. Whether it be by the influx of tourists in Northern Ireland or the increase of Medieval studies in the United States’ colleges, the fantasy drama affected audiences like never before. Its many risky decisions influenced other TV shows to be bold, whether that entails killing off one of its main characters in the first season or its disregard for what is classically known as “appropriate” for TV, Game of Thrones certainly moves past the norm. The series influenced the entertainment industry by demonstrating that producing a TV show with real cinematic scope, drama, and special effects would be worth the risk and actually bring in more profit and viewers.

Stranger Things was a big win for Netflix and its subscriptions. The binge-worthy show led to an added 3.4 million subscriptions on Netflix, giving Netflix its title as a real competitor to cable networks. Not only did Stranger Things improve Netflix’s status, it sparked a resurgence of 80s fashion. The actors’ retro costumes influenced viewers to upgrade their closets to include some classic 80s trends. Whether it be double denim or Converse, the 80s have infiltrated the 2010s and it’s all thanks to this hit show.

Paul Abbot’s Shameless was extremely influential for the TV industry because it covers all sorts of topics that were considered too taboo for TV. Whether that be family and poverty struggles, mental illness, substance abuse or LBGTQ+ and gender issues, Shameless covers it all. Not only that, the popular TV show sends an important message to its viewers: you should accept people’s lifestyles, situations, and the challenges life throws your way. The family’s messy and dramatic lives inspires its viewers to find the strength to overcome life’s many difficulties.

The Handmaid’s Tale, a speculative fiction TV show, influenced viewers’ outlook towards the future. The show illustrates a futuristic regime that eliminates people in the LGBTQ+ community, subjugates women and puts procreation above all else. It influences the masses to protect themselves from the present possibility of an unjust government in which moral and social codes are set aside. Women were so deeply impacted by this show that they began wearing handmaid costumes at protests for laws that would potentially limit women’s reproductive freedom. The show’s applicable nature to current day human rights issues leaves a chilling impact on viewers and encourages them to speak out against any current injustices out of fear of them escalating.

13 Reasons Why, the Netflix show developed by Brian Yorkey, left its mark on many students and faculty as the message left the screen and entered the hallways. It goes without saying that the TV series is one of the most influential of the decade. It showed students how their actions and words can seriously hurt a peer’s mental stability. It also influenced the faculty and staff at schools across America to support students who are noticeably struggling, and to take action if a student reaches out about potential issues with bullying, sexual assault, or other offenses. It created a more empathetic America as viewers realized that everyone is struggling in some sense and that it is okay to ask for help. The show impacted society in such a way that students were influenced to keep their eyes peeled for any sign of mental health issues in their classmates and were more eager to talk about creating a safe, healthy environment. Although there were these positive influences, there are negative impacts as well. The show’s apparent romanticization of suicide increased the amount of suicide attempts among the teenage population. Despite having good intentions, some viewers may have gotten the wrong message from the emotionally charged show. That being said, there are positives and negatives to airing a show with so much potential to impact its viewers. Whether it had a good or bad effect on the audience is debatable, but the show remains one of the most influential of the decade.

Euphoria, created by Sam Levinson, is a complex TV show that illustrates the difficulties and drama of a diverse and unique group of teenagers. Euphoria broke the norm of strictly female nudity in film and TV by including scenes of male nudity in multiple episodes. This empowered other media platforms to stand against this gender imbalance in film, influencing them to do what is not typically the “norm” for the sake of what is right. Also, the show left its mark on the makeup industry when teens started to sport Euphoria makeup. The attention-grabbing eyeshadow decorated with glue on gems took the red carpet, YouTube videos, and high school students by storm, encouraging women to not be afraid to be bold. Euphoria encourages people to see beauty in what is unique.

Charlie Booker’s Black Mirror is easily the most influential show to be created in this decade. Not only is it an interesting commentary about the technological revolution to come in the near future, Black Mirror is influential to the general public because it is a warning about the dangers of these advances. Through the British science fiction television series, people become aware of the potential problems caused by sophisticated technology being implemented in society. Whether it is an episode about a higher-level version of Life360 or an episode about the dangers of not looking up from one’s phone, Black Mirror influences the masses to be less reliant on technology and look out for the possible dangers of a society overrun by computers.