‘Euphoria’ Makes Waves Among Teenagers Across the US 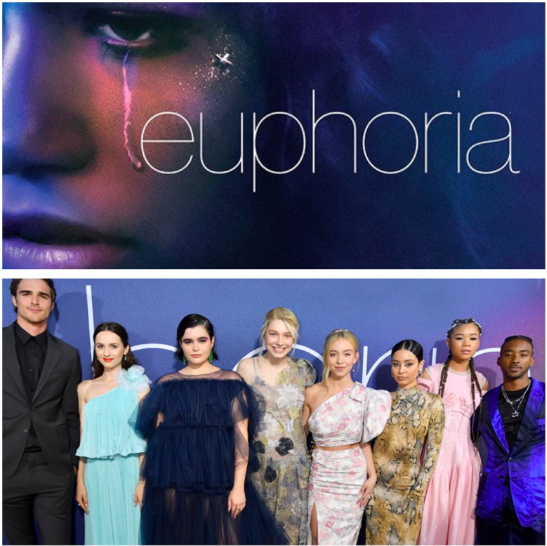 Teens all over the world have been raving about HBO’s series, Euphoria. The dramatic comedy has gained a lot of attention as a result of its relatable content and entertaining visuals. The show depicts underage substance abuse, societal pressures, and sexuality. Teenage viewers were quite surprised to see that former Disney Channel star and icon, Zendaya, plays such a raw and mature role . Her character, Rue, struggles with an anxiety disorder, and as a result, abuses drugs and alcohol to cope.

While many people find the show to be an accurate representation of high school experiences, some people believe that it glorifies drug use. Specifically, in many party scenes, the overall feel is “euphoric” and exhilarating; each episode zooms in on a different character’s life and the struggles they have gone through due to drugs, mental illness, and family problems. It is evident that the happiness exhibited on the outside through partying and drugs hides the emotional distress and withdrawal that goes on behind closed doors.

Some parents have complained that the show normalizes drugs, alcohol and sex. However, other people have expressed that “this is the reality,” and teenagers need to learn how to make smart decisions when faced with peer pressure: “Just because I see teenagers using drugs on a TV show does not make me have any more of a desire to take them myself. I actually think that the show does a good job showing how one might perceive drugs to be ‘fun’ initially, but there could be very damaging effects,” says Lindsey Rosenfeld’ 20. Ellie Schiff ‘20 agreed: “I personally loved Euphoria. I think that it portrayed a very exaggerated version of very real high schoolers.

One of the most modern aspects of the show is its aspect of normalizing the transgender experience. Rue’s best friend, Jules, is a transgender girl, but the show only explains her story during the fifth episode. However, much earlier, the audience can decipher Jules’ transition on their own. While Jules does experience some discrimination for being transgender, a lot of characters are very accepting of her sexual identity. This exemplifies how society is becoming more accepting and normalizing different sexual orientations and gender identities.

Some might think that the most controversial aspect of the show is its presentation of male nudity. Typically, in television and movies, full frontal male nudity is barely shown, but female nudity is more socially acceptable. Euphoria challenged gender norms by demonstrating both male and female nudity regularly. Although some may find this crass and unnecessary, Euphoria is sending an important message about objectifying women, pointing out males can be sexualized as well.

While some aspects of the show tend to be controversial, most people can agree on one thing: the makeup and costumes are spectacular. Multiple YouTube tutorials have been made to teach teens how to do similar makeup, as it is the latest trend on all social media platforms.