How the West (Lot) Was Won: Behind the Scenes of Milken’s Student Parking Shift 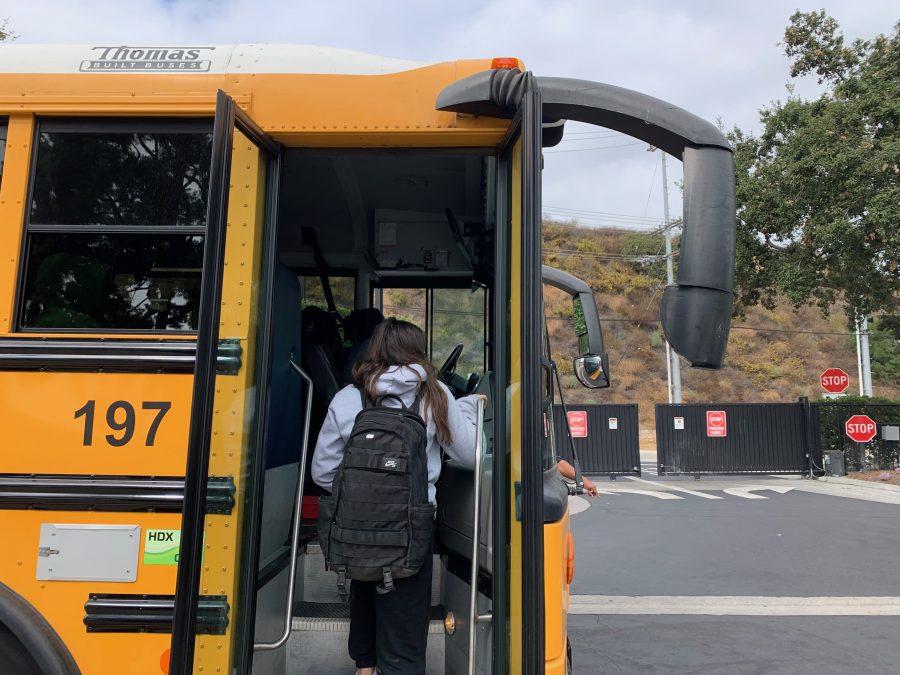 When Milken students opened a mass email last month from newly appointed Head of School, Sarah Shulkind, the contents were unforeseen. After years of troublesome parking, a drastic solution had been implemented. It read, “as of today, West Lot parking will be free.” Rejoice!

Alison Smith, the director of transportation, spoke with The Roar regarding the situation at the West Lot. She explained that prior to the West Lot being free, it was very difficult for students to qualify for parking at the West Lot. Many could not afford the high price of just under 2,000 dollars, had not been driving for the required one year or were unable to meet the three-person parking limit. While two of these issues still exist, the financial barrier has been lifted on students due to the decision of the new head of school, Sarah Shulkind. She explained that maintaining West Lot is a very large expense, including three shuttle buses in the morning and afternoon that run from 6 am to 6 pm, as well as the cost of renting the West Lot and twelve hours a day of security. These costs totaled around 300,000 dollars and were only partially alleviated by the price of parking that the students had been paying.

When asked about the possibility of having Skirball as an option for the students as it was in years past, she expressed her doubts. Smith elaborated that Skirball is unavailable to rent to students at this time as they have previously lost this privilege in previous years by breaking the established rules of parking there. Further, Skirball has been having many events recently, and thus, does not have space for Milken-student parking. For students who are still not able to park at the West Lot, either because they do not have a carpool or have not had their license for long enough, she offers some solutions: they should use the bus system, join a carpool, or use approved ride-share services to get to school safely.

The Roar also sat down with Sarah Shulkind herself to understand what factors had prompted the new development. Shulkind noted that at the very start of the year, she was unfamiliar with the issues regarding the West Lot as the Skirball parking lot had been available during her past tenure as director of the middle school. She had just begun to hear from faculty and the MPA about the parking issues when she began to see “tons” of students walking up Mulholland Drive in the mornings. Deeply alarmed at the situation, Shulkind added, “I’m a Jewish mother, and so I felt like I was about to have a heart attack. I wanted to bring them all in my car!” After subsequent meetings with faculty aimed at determining why students hadn’t been parking at the West Lot, it was understood that student voices were missing from the conversation. After taking it upon herself to ask upperclassmen about parking during lunchtime, the Head of School learned that seniors Jonny Nourafshian 20’ and Noah Kugell 20’ had already created a student survey to answer the same questions. “It was sort of a perfect coincidence of information!” A meeting with Shulkind, the two seniors and six others cited survey results, which made the core problem clear: 96% of students had listed the price of the West Lot as the major barrier. Talia Dini 20’ was one of those seniors. She discussed her and her peers’ involvement in approaching the administration: “We first tried to talk to the Skirball people and to contact the city ourselves.” However, this path soon proved feeble as the people at Skirball informed them that they could only park at 9 am, two and a half hours after the start of school. Therefore, they “decided to talk to the Head of School.. who [they] knew was concerned about the safety of students.”

The final decision to make the West Lot free was one concerned with values. She added,  “We talked about what our values are as a community.  If we say that we value taking care of ourselves and others in the community… we better act on that.” When asked if the change would impose any financial barriers on the school, Shulkind conceded that it was definitely a “hit to the budget” but that “it was more than worth it to achieve student safety and to be an institution that really lives the values that we are talking to students about.” Besides, she anticipates that this first step is a short-term solution, especially since there are still students who are legally prohibited from parking at the West Lot because they do not have enough carpools or driving experience. Bigger picture solutions have been in the works as Shulkind has already begun to meet and rebuild connections with authorities from the Skirball who cite their Conditional Use Permit as a major roadblock for obtaining the parking lot, as it mandates what times people are allowed to be on the property. Nevertheless, Dr. Shulkind’s optimistic perspective has led her to believe that it is still “workable.”

The Milken community is grateful that their voices have been heard and solutions have been implemented. However, the work is far from done. Sharzad Townsend 21’ spoke with The Roar regarding an incident that happened to her car while she was parked on Mullholland. She was in Hebrew when Mr. Lindsey took her out of class and informed her about the status of her car. Somebody had spotted a school camera and “shattered the window and then, took the camera and then left.” Despite this traumatic occurrence, she still parks on Mulholland because she “can’t park anywhere else.” She believes that while “making the West Lot free… has solved a few problems, it hasn’t solved enough problems.”

This notion is only further exemplified by the recent update regarding the requirements for parking at West Lot. Within the past few weeks, multiple students have been caught with photoshopped driver’s licenses claiming that they have been driving for one year to meet the parking requirements at West Lot. The students are being reprimanded, yet it is representative of the larger problem at hand. An anonymous junior spoke about why she believes this falsification may have been done: “The new update helps the people who meet all the requirements, but it doesn’t help the people who don’t meet those requirements.” She elaborated on the dangers of parking on Mulholland and students who play sports: “If we have a game we have to walk to our cars in the dark… and we’ve heard that people’s cars have been broken into.” Therefore, she understands why “someone might want to photoshop their ID to park at West Lot and not worry about what will happen to their car.”

Although it is not yet perfected, this parking update serves as a reminder that the safety of students is always of paramount importance. It further exemplifies the extent to which students can impact school policy through organized efforts. The administration heard the voices of students and took them into account when eliminating one of the many issues that arise regarding parking for Milken students.