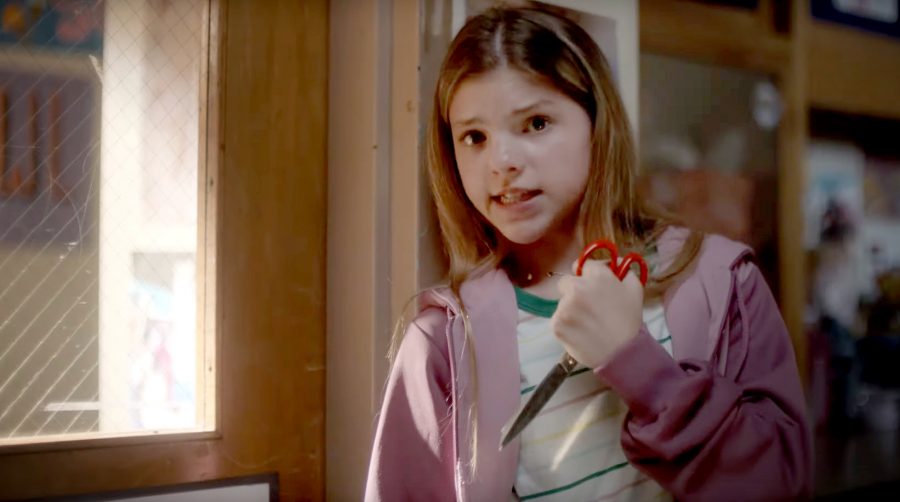 Scissors: Used as a self defense weapon

The Sandy Hook Promise, an organization that was started by Sandy Hook victims’ parents, recently released a breathtaking PSA video that brings attention to gun violence. The ad starts with students showing off their new school supplies in preparation for the new school year. A young girl excitedly holds up her new colorful books while another boy shows off his new headphones. Soon however, it becomes apparent that the supplies are not being used in their traditional manner. Instead, the supplies are being used by the students to help survive a school shooting in the background.

When I first watched the video I honestly didn’t know how to feel or what to think. I was initially uncomfortable and confused by what I just witnessed. I found it very disturbing that the children seemed to be unfazed by what was occuring around them as students in their school, a place that is supposed to be a safe place, were being shot down. However, after thinking it through, I think that the PSA contains an amazing message. Personally, I think it is essential that everyone sees this PSA.

The Sandy Hook Promise PSA is hardly the first TV commercial to use scare tactics. Another example is he anti-smoking ads. I remember being a young girl turning on the TV seeing a woman with a breathing hole in her throat as a result of years of smoking. This image stayed in my head till this day, causing me to never have the urge to use a cigarette. While I hated seeing anti-smoking advertisements because they frightened me, it did an effective job keeping me away from cigarettes. These advertisements didn’t just stear me away from smoking, they also discouraged many Americans from smoking. According to the Tobacco Free Florida campaign, the amount of smokers in Florida decreased 13% from 2011-2013, partially as a result of these advertisements.

Many people argue that graphic imagery in the Sandy Hook and anti-smoking article are too disturbing to show on television. However, I think what is even more disturbing is people dying from violence and cigarettes, and, therefore, I think these controversial commercials do much more good than harm.