The Fight Against the Abortion Bans 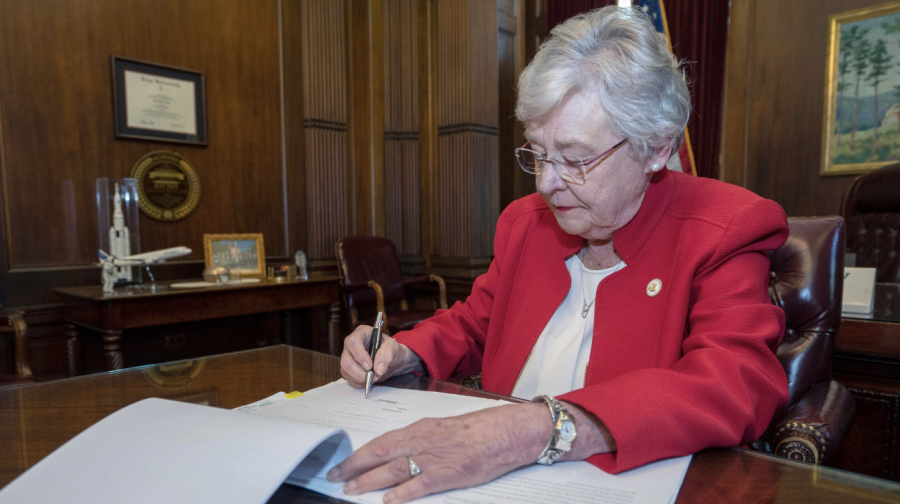 Recently, the United States faced something that will forever impact its citizens. Ohio, Georgia, Missouri, and Alabama are challenging the Supreme Court case Roe V. Wade through the “Fetal Heartbeat” law, banning abortions after eight weeks gestation, and the Alabama Human Life Protection Act. The bill was signed into law by Governor Kay Ivey on May 15, 2019, and it was quite shocking to the country as women in Alabama are now being denied the choice of having an abortion. The law entails that doctors could face up to 99 years in prison for performing an abortion, and rape and incest victims are not exempt from this law. The Alabama law in particular is “about challenging Roe v. Wade and protecting the lives of the unborn, because an unborn baby is a person who deserves love and protection” said Terri Collins, a sponsor of the bill. This marks a moment in history because of its controversy and its possible effect on a huge population of women.

There is a real, frightening possibility of this law changing Roe because of the new conservative majority in the Supreme Court. Although this is not the first attempt to limit access to abortion. Ten states have passed some sort of restriction to abortion, whether it is requiring fetal tissue be buried/cremated or fetal heartbeat laws (banning abortion after six weeks). This has all occurred within the seven months since Justice Brett Kavanaugh joined the Supreme Court, and this is no coincidence. With this new surge of conservative power in the Court, it is expected that republicans will attempt to take advantage of influence and pass bills that would previously never go through. Thus, this is the perfect time to try and overturn Roe, marking a pivotal moment in history.

These laws are a direct violation of women’s rights. It is extremely disturbing that a woman’s choice to do what she wants with her body is being restricted by the government. Not only is it outright unfair, women’s voices are being suppressed through the passing of this law. In Alabama, 25 white men are at fault for the passing the abortion ban bill. Why is it that in the 21st century men are still allowed to make laws that will forever restrict the lives of women? On those grounds, this is a fundamentally sexist law as women’s voices were excluded from the conversation about their own bodies. Also, the law will unfairly affect minorities and poor women because they are more likely to seek abortions due to a lack of proper sex education and unaffordable forms of contraception, and it is less likely that they will have the resources needed to obtain those abortions out of state.

This law will not be passed without a fight, and women are demanding that their voices be heard. The American Civil Liberties Union and Planned Parenthood are planning to file lawsuits against the Alabama law on the basis that it is clearly unconstitutional. It is important to donate to organizations that centralize on giving safe abortions to women who need them. Some of these organizations include Access Reproductive Care, National Network of Abortion Funds, The Yellowhammer Fund, Mississippi Reproductive Freedom Fund, Women Have Options, National Asian Pacific American Women’s Forum and Gateway Women’s Access Fund. Other than giving monetary support to these organizations, one can simply help the cause of giving women reproductive freedom through speaking out. There is an immense power in social media, and it is so important to take advantage of that. A lot of people do not stay informed on current events, and the most influential way to reach that audience is through something that they use everyday: social media. It cannot be emphasized enough how much young voices matter, especially as the future of this country, and it is critical that those voices are heard in the fight for women’s rights.