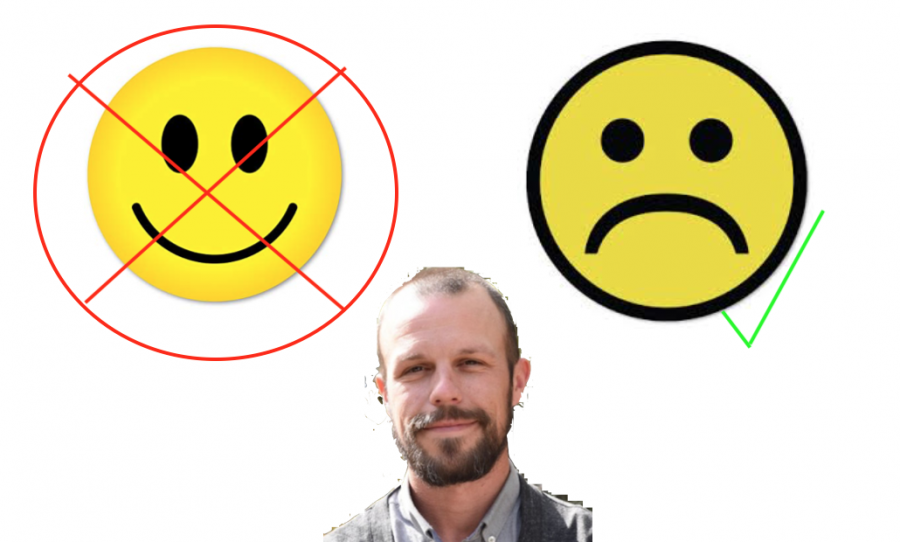 After years of faithfully studying and teaching the principles of Positive Psychology, Milken’s own Dr. Nick Holton has changed direction entirely, denouncing the branch of psychological study and founding a new sect of psychology to contradict everything it teaches. Dr. Holton, who began teaching Positive Psych a few years ago and has been an impetus for integrating its teachings into Milken’s culture, announced his new Negative Psychology Department on Thursday. “After doing my due diligence and further investigating the science behind Positive Psych, I can affirmatively state that it is a pseudoscience based on human hopes for a world of unicorns and rainbows,” said Holton in an email sent to Milken students, parents, and faculty, as well as the entire network of Positive Psych scholars he had incorporated himself in for the last several years of his life.

“For years, I’ve studied Positive Psych and it has played a major role in my life and that of those that I have taught” Holton wrote. “But after looking further into it, there is actually substantial evidence that would suggest that every teaching of Positive Psych is the exact opposite of the truth.” To give his broad audience an example, Dr. Holton commented on a well-known quote of one of the world’s greatest minds in Positive Psychology. “As many of my students know, I have often pointed out Abraham Maslow’s quote that ‘The story of humankind is the story of men and women selling themselves short.’ But after conducting multiple studies, I can conclude that the story of humankind is actually that of men and women overselling their abilities.”

Now that he has debunked what he calls the “mythical science” of Positive Psychology, Holton plans to contribute to the Milken community by sharing his teachings in a new Negative Psychology class. According to administration officials, the new class will become a graduation requirement effective for the 2019-2020 school year. Outside of regular school hours, Dr. Holton has already laid the groundwork to teach a course of Negative Psychology designed for parents, which, he says, has already reached an enrollment of well over 70. “It’s no wonder to me why the parents are so excited to explore this new field of psychology. With all the negativity exuded by today’s teens, many parents saw through the phony teachings of Positive Psych to begin with. Now that there is empirical data to support their perspective, parents are eagerly awaiting the opportunity to learn more.”

Dr. Holton also plans to spread his findings across the country and abroad. “I’m currently writing a book containing all of my discoveries, which should be available for purchase before the end of the year.” Holton is incredibly glad he will be able to make a positive – or rather, negative – impact on the lives of many. “If I could just show one individual that their life is meaningless and that their best efforts are almost ensured to result in failure, it will have been enough for me. To have the opportunity to spread concepts of negativity to individuals in every corner of the world, however, is a truly incredible opportunity.”