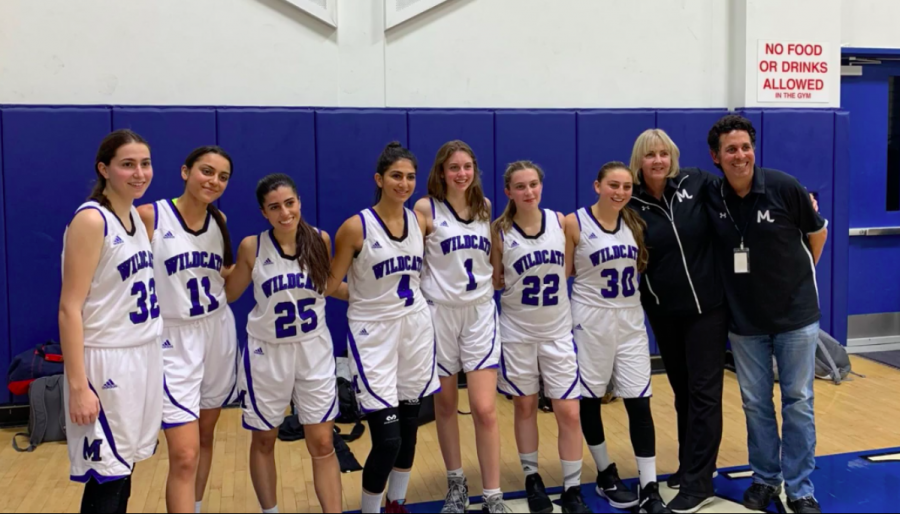 A few years after Milken’s Boys Basketball program made history with its first CIF Southern Section title, its Girls program had a memorable season of its own. This season, the Varsity Girls Basketball team went the farthest Milken’s Girls Basketball team has gone in 12 years, finishing undefeated in their league, and winning all 10 of their games. In addition, the girls won two thirds of their playoff games, the first of which was at Santa Clarita Christian where Milken won 42-21. The second playoff game that Milken won was Calvary Murrieta with a score of 63-33. Unfortunately, Milken’s playoff run came to an end in the third round in a 53-37 loss to Saddleback High School.

One member of the Girls Varsity Basketball team, Kayla Levine ‘20, mentioned that  the team thrived as a result of their great teamwork and communication with each other. Levine stated, “I think that one of the biggest reasons that we were successful was due to us working as a team rather than as individuals. We also knew each other on and off the court, which allowed us to communicate better, improving our play. This season was just all around amazing, but I would say that my favorite part of the season was getting to know my teammates and spending time with them.”

The Roar also had the opportunity to speak with the head coach, Barbra Iverson. Iverson was very pleased with the girls’ performance on the court: “This season was an incredible journey that fell a little short of our goal. Our three seniors (Leeor Abutbul, Brittney Moalemzadeh, and Candice Nourian) led us in play and leadership. Kayla came back from an ACL injury and the addition of two freshmen (Arielle Snapir and Gigi Rosenfeld) helped make this a complete team. Sarah [Pretsky] and Noa [Noudel] were instrumental in the paint and Taylor [Golshan] and Chloe [Messian] gave us the speed our team needed on defence. With everyone’s contribution we were able to make it to the Quarterfinals before losing to Saddleback.”

Milken’s Varsity Basketball teams have achieved a great success these past couple of years with the boys’ victory in CIF, and the girls going as far as the Quarterfinals. Milken Community Schools is thrilled to see such success, and is excited to see what else Varsity Basketball has to offer in the upcoming years.