28 Days and Counting: The Longest Government Shutdown in History 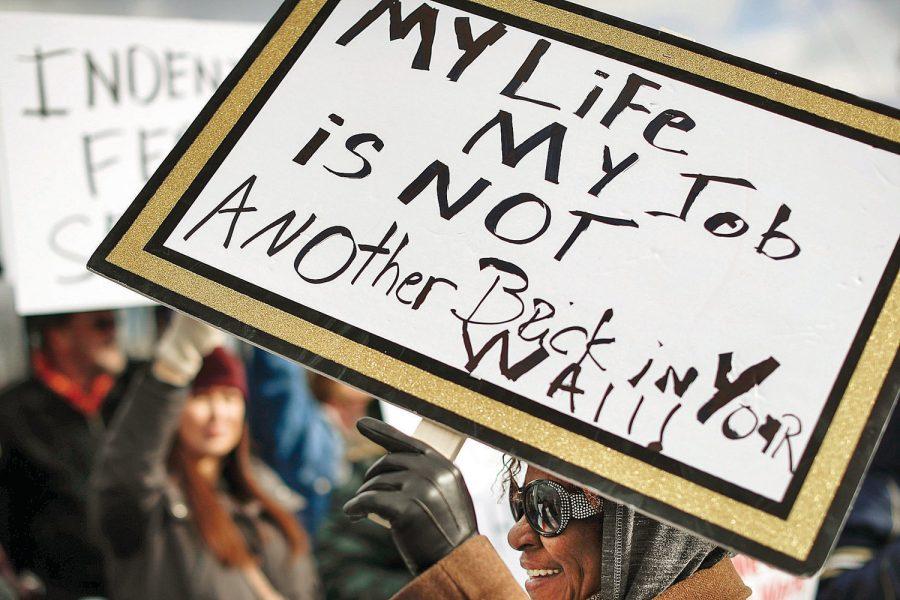 Photo courtesy of the Berkshire Eagle

Today, January 18, is the 28th day of the now infamous government shutdown, the longest in United States history. At its heart: a campaign promise struggling to be fulfilled. Throughout the 2016 election process, President Trump assured his avid supporters: “I would build a great wall, and nobody builds walls better than me, believe me, and I’ll build them very inexpensively. I will build a great, great wall on our southern border and I’ll have Mexico pay for that wall.” This agenda soon became the basis of his campaign, essentially lifting him into the Oval Office. After a disappointing midterm election, resulting in the Republican loss of the House of Representatives, President Trump began to increase the pressure towards fulfilling this magnitude of a promise. The Democrats’ refusal to agree on the building of this wall caused the government to shutdown.

On Tuesday, January 8th, the President gave his first prime time address to the public. This is actually a conventional response to crisis that has been utilized by multiple presidents in the past; however, this address was unconventional in its intended effect on the public. Whereas most prime time addresses have been used to calm a frightened public, this one seemed to strive to frighten a mostly calm public. He illustrated graphic scenarios of “illegal aliens” murdering and violently attacking innocent American-born citizens, and agreed to compromise with the Democrats on the material in which the wall was made, which, in actuality, was not what the Democrats had asked for. In response, Speaker of the House Nancy Pelosi and Senate Minority Leader Chuck Schumer delivered an almost unbearably awkward address, backed by a row of American flags. Their main message: first reopen the government, then we’re willing to negotiate.

Throughout these last 28 days, federal workers have been either blocked from work or forced to come to work without pay. Food banks have opened that are solely for these people. Many have quit their jobs or refused to come to work without the promise of compensation anytime in the near future. President Trump’s prized economic growth has the possibility of being severely damaged by this shutdown, which would mean that another one of his major campaign promises – one that he managed to fulfill – would be reversed.

Earlier this week, President Trump hosted the Clemson Tigers football team, this year’s newly crowned national champions, to the White House. Since his culinary staff is not working, he served them the food European countries associate with America with their noses upturned: a variety of fast foods seemingly unironically arranged on the White House banquet table. President Trump joked about the event: “Should we have had the First Lady, along with the Second Lady, make some salads?”