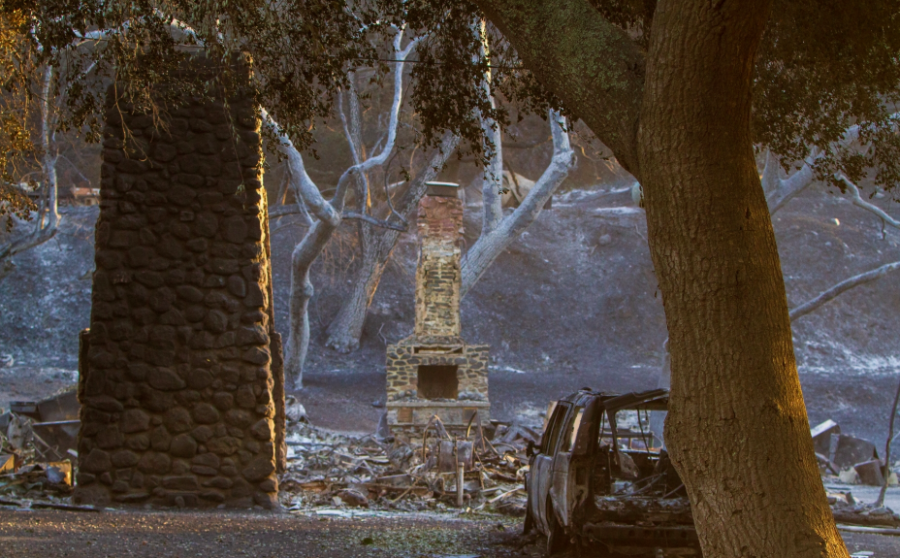 Image courtesy of the Shalom Institute

Following extreme devastation in Southern California just a year ago, the Woolsey Fire caused at least 52,000 people to evacuate from their homes, and destroyed at least 8,817 buildings. Many people in the Milken community have been directly affected by this fire, as several of their childhood camps surrendered to the fires They were devastated by the loss of these cherished spots which many learned to connect to Judaism. The first institution lost was Camp Hess Kramer, followed by Gindling Hilltop and Camp JCA Shalom. Camp Hess Kramer informed their community members on Facebook about the devastating news and has been keeping their members updated on the status of the campus. The camp also held a Havdalah service on November 10th.

Luckily, the animals and the Torah at Camp JCA Shalom were saved before the fire affected the camp. Camp Hess Kramer was also able to protect the Torah scrolls. Many ceremonies were held for those people who were long term members of these Jewish camps. They were also devastated by the loss of these cherished spots which many used to connect to Judaism and create some of the best memories of their lives.

Milken held several class meetings regarding the horrific fire and the losses it caused. During these meeting, multiple students shared their camp experiences and how devastated they felt. Many students shared the sentiment that  even though the fires may have physically burned down their homes away from home, they will never destroy the memories and experiences that their camps gave them. Maya Levin ‘20, has been going to camp Hess Kramer since she was 8 years old. In her words, camp was her “home away from home.” Though Maya was very upset by the natural disaster that took away her camp, she explained that camp is mostly about the people you meet. “My friends are the ones who taught me to grow and flourish and come out of my shell, not the wood or the plants that burned for hours into nothing,” she told The Roar.