The Milken Roar • May 24, 2018 • https://milkenroar.com/27341/community/griffin-feldman-golfer-extraordinaire/ 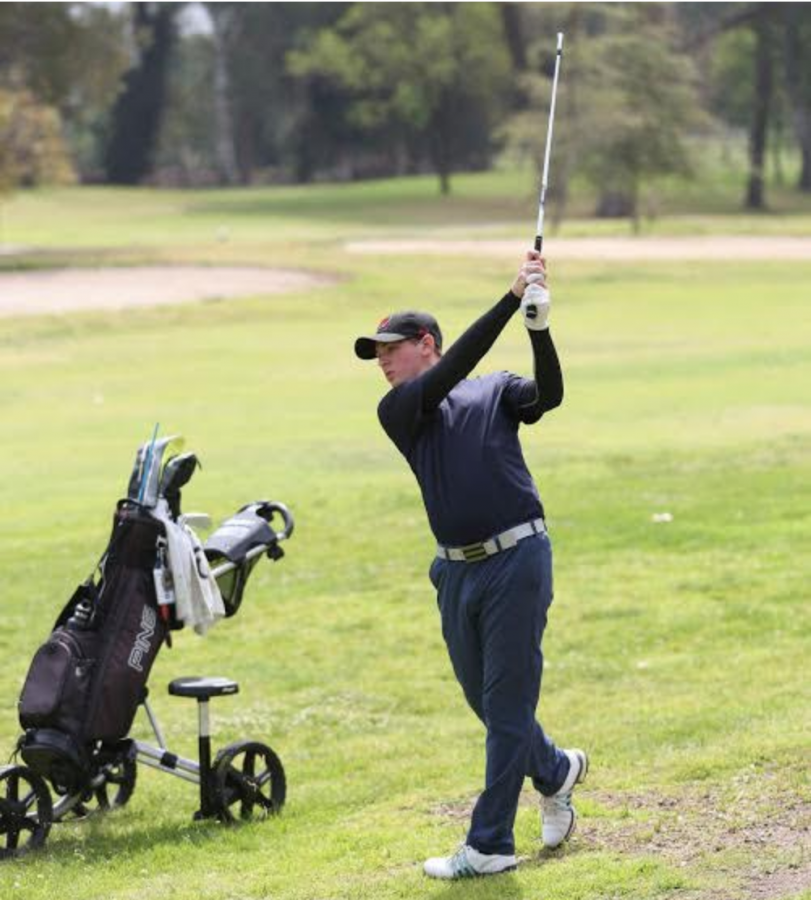 Each year, Milken sends the best players on its varsity golf team to the Liberty League Golf finals. Students from Milken, Buckley, AGBU, De Toledo and many other schools are given the opportunity to compete against other athletes their age and improve their skills. In this year’s competition, Milken sophomore Griffin Feldman placed in third. The Roar sat down with Griffin to hear about his experience.

How were you chosen to participate in this competition?

Coaches from each team choose their best players. The kids who average high scores are sent to the competition.

Is this your first time participating in the Liberty League Golf Finals?

No, last year I participated in the league championship and came in first place. I had so much fun and I am so glad that I got the chance to participate again this year.

How did you prepare for the competition?

My preparation involved lots of practicing; I spent hours perfecting my swing, short game and mentally preparing for the competition.

What is your favorite part of the competition?

It’s fun to play in a competitive environment and everyone there is the best of the best who wants to grab the title of league champion.

What do you feel you gained from the experience?

To play with kids in a high school event was amazing. Colleges also watch those events to scout out new players, which is a big deal for me.

Are you planning on competing again next year?

Absolutely! I’m looking forward to going back next year and playing in this competitive environment. I hope to win!

Is there anything else you would like to add?

It’s so much fun going out there to compete with all my buddies and try to improve at something we love.