Looking back on tiyulim week 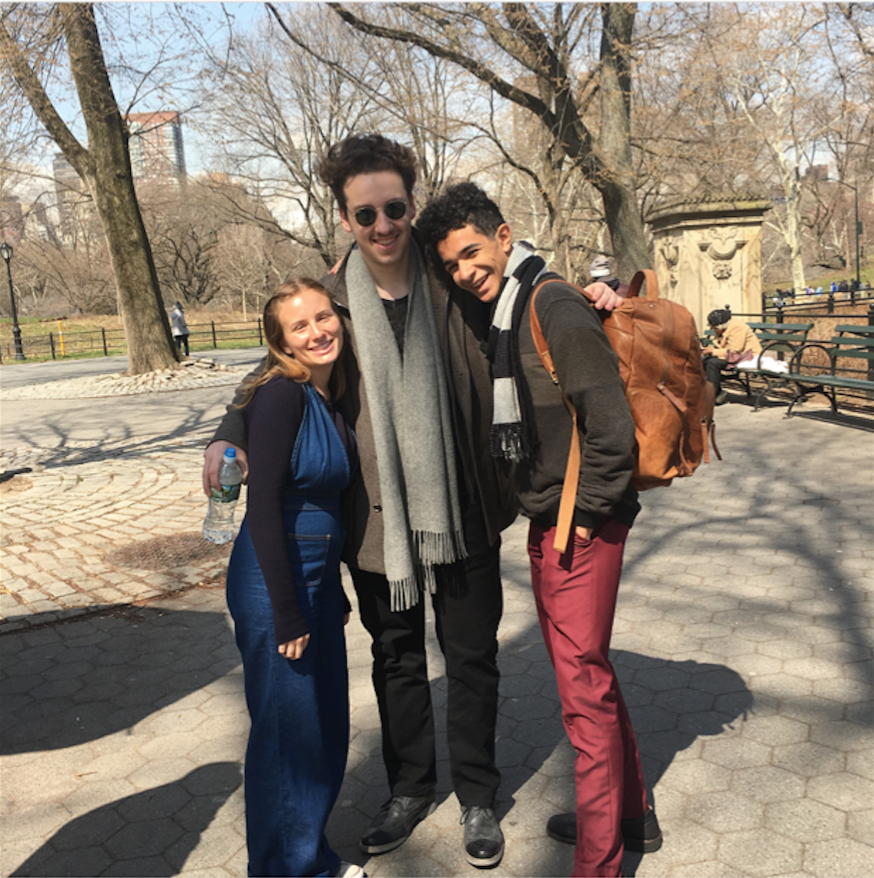 Immediately after spring break, Milken sophomores and juniors enjoyed a week on a variety of tiyuls, trips during which Milken students travel and participate in experiential learning opportunities, ranging from service work in New Orleans to seeing Broadway shows in New York City. Below are some highlights from each tiyul.

Those on the Amazon tiyul had the rare experience of exploring the Amazon Rainforest of Peru, hiking along trails, boating, and more. According to Maya Grinstein ‘20, the highlight of her time in the Amazon was getting a glimpse of “the bioluminescent fungi that grow on tree leaves in the forest in pitch-black darkness. All I could see was the scattered leaves amidst a dark abyss. It was the most out-of-body experience; I felt as though I was in a sea of stars.”

“My eyes opened to a whole new world,” said Riley Sarraf ‘20 about the impact that his trip to China had on him personally. The China tiyul toured the capital city of the People’s Republic of China, performed service work, climbed the Great Wall, and did much more over the course of their eventful week in China. According to Gabriel Moretti ’19, “Climbing to the top of the great wall was definitely a highlight for me. It was incredible, because it was the view of a lifetime.”

The Esther & Mordekhai Yadegar Medical Elective tiyul truly encompassed the saying: “work hard, play hard,” as the group rounded with nurses and witnessed surgeries, while also letting off some steam with activities like go-karting and bowling. “Watching the total knee replacement surgery was interesting,” said tiyul participant Nikki Bergman ‘20. “To see this kind of science in real life was amazing.”

Greece is the Word

The Greece tiyul took a trip through history, travelling to Delphi to see the Temple of Apollo and making their way to the Parthenon. According to Emma Klein ‘19, “The teachers on the tiyul made the trip very meaningful for me. I learned so much about Greek history.”

The Washington D.C. tiyul toured the Nation’s Capital, visiting all the stops including the Jefferson, Lincoln, FDR and Vietnam Veterans Memorials and more. According to Hannah Safer-Brickman ‘19, “I grew both academically and socially. In addition to being academically informative, the tiyul pushed me out of my comfort zone and allowed me to connect with people who I would never have interacted with otherwise.”

The students on the NYC Theatre tiyul had the opportunity to see broadway shows, including Once on This Island, Come from Away, Dear Evan Hansen, Mean Girls, and A Band Visit. The students also had the chance to try out some of the restaurants that the Big Apple has to offer: “I thought that Schnippers was one of the most fantastic restaurants I have been to in my entire life,” said Wolfgang Hutton ‘20. “Fantastic service, fantastic food, fantastic fun.”

The group of students on the Radical Amazement tiyul spent time relaxing, hiking, and looking inwardly at themselves. According to Ms. Jessie Mallor, the trip faculty advisor, “Rabbi Abraham Joshua Heschel wrote an essay saying that the goal of life is to get up in the morning and take nothing for granted. This gave me the idea to live out and deeply experience this text. We participated in social justice and community service, because serving someone selflessly is a really core aspect of the social experience.”

The students on the Rebuilding New Orleans tiyul performed service work and engaged with hard-working members of a nonprofit organization that helps to rebuild homes across the globe. The group also had the opportunity to enjoy an airboat ride, tour the city and listen to a jazz concert. “It was casual but so cool. The musicians were capable of playing requests on the spot!” said Rachel Leff ‘20. To learn more about the tiyul, readers can visit the student blog.

The students on this tiyul were taught how to surf with professional instructors from the Malibu Surf School. According to Jake Damico ‘20, “It was a really fun tiyul because I got to learn how to surf; the waves were awesome! Even more than just the surfing, I learned about Judaism and soulfulness.”

Five Milken students participated in this tiyul, each student making podcasts about one of three Holocaust survivors. According to Danielle Kashfian ‘20, “I have learned the power of unity, making lasting relationships, and not judging people based on where they came from and what god they believe in. It is important to judge people based on what is inside. Most importantly, I have learned the importance of never losing faith in God.”

Every tiyul was unique, but something that they all shared was their collective ability to provide students with memories and experiences that will last a lifetime.