A final letter from the Editors-in-Chief 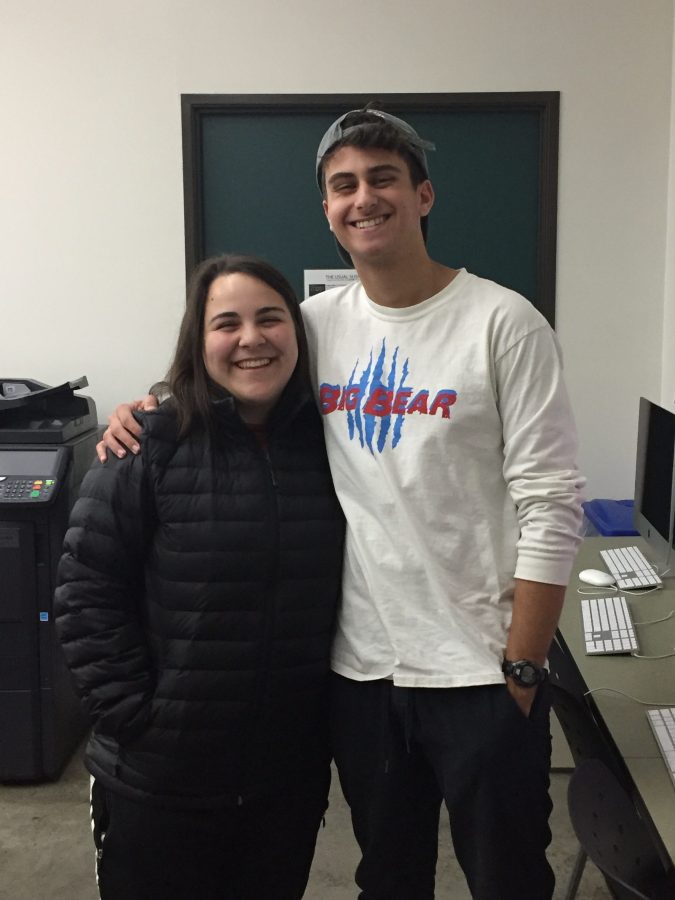 In just two months, both of us will walk across a stage at Stephen S. Wise Temple, shake Mr. Weissman’s hand, receive our diplomas, flip our tassels, and just like that, our four years at Milken will be complete. While this concept may still seem foreign, it keeps getting more and more real. March 23 is a day we’ve been waiting for all year: the last day of general classes. April 8, March of the Living starts. May 3, Prom. June 3, Graduation. The crazy thing is that March 23 is in exactly four days, and that still feels unreal. It all goes by way faster than you think, and it’s sad that after June 3, after we graduate, it is highly unlikely that the entire Milken Class of 2018 will ever be all together in the same room ever again. Yes, we’ll come home for breaks during college, but we won’t see everyone. But before we graduate, we wanted to use this platform that we care about so much, The Roar, to pass on some wisdom to the next generation of Milken students, so they too can make the most of their next four years, because it will go by too quickly.

At Milken, we are so lucky that each and every one of our teachers cares so much about our success in school. Meet with your teachers, learn about them and their lives, and form a good relationship with them. Form these relationships not just for college recommendations, but for both your benefit, and the teacher’s benefit, as it will help both of you grow and learn more than you think.
Open yourself up to all the opportunities that Milken has to offer. Go on the shabbatons, they are honestly the best. Join a club, maybe even start one. Go to sports games, Homecoming, basketball playoffs, etc. You’ll have so much fun, we promise.
Don’t focus too much on the future. Yes, college is important. Your grades matter. But focus on the present. Don’t spend these four years worrying about the next four. Make the most out of these four, so then you can go make the most out of the next four.
Step outside of your comfort zone. You’re going to make mistakes. You’re going to succeed. Don’t let the mistakes outweigh the success. That being said, don’t be afraid to take risks because those risks, even if they lead to a mistake, will also lead to success.
Surround yourself with people who make you the best version of yourself. This understandably sounds like something a fortune cookie would say. But, cliche as it is, it is something that took us way too long to take to heart. Life is too short to be surrounding yourself with people who don’t make you feel good about yourself, don’t let you be your authentic self, and don’t bring out the best in you. Find those people, and forget all those who aren’t those.

Thank you for taking the time to read this letter, and go make the most of your high school experience.