Why I’m running for Governor of Kansas 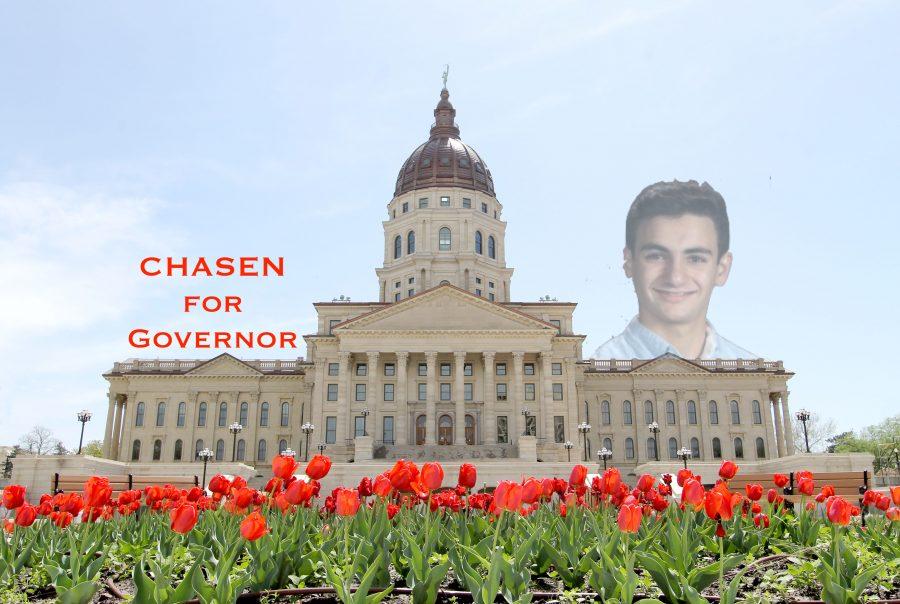 In trying times, our nation needs strong leadership. We need elected officials who have solutions to their constituents’ problems the second that they are sworn in. We need educated leaders who have the temperament to stay calm in the most hectic of moments. But, nowadays, it’s often hard to find candidates that possess these qualities.

So, who are voters supposed to support in the elections that decide their leaders? In the case of this year’s governor’s race in the state of Kansas, I think it is only fitting that a 17-year-old Milken junior be elected.

Indeed, I’m declaring my candidacy for Governor of Kansas.

It’s very likely that you’ve got a lot of questions on how it is possible for a person who isn’t of legal voting age to run for governor in a state he has never lived in, let alone why I deserve the vote of any Kansans. Let me explain. If you’ve scrolled through any of America’s most notable news sites, you may have come across an emerging peculiarity in this year’s race for Governor of Kansas. Due to a lack of substantial requirements outlined by state law, including any age and residency requirements that would forbid non-Kansans or minors from occupying the governor’s office, a growing number of teenagers (both from Kansas and not) have announced their candidacy for governor. So, yes, I am legally qualified to be Kansas’s next governor.

As for why I deserve the vote of any of the hardworking people of Kansas, I’d first point out that I have more of a connection to the state than many of my non-resident opponents. For example, fellow candidate Conner Shelton said that he had “never been to Kansas.” I have not only been to Kansas numerous times, whether it be to visit my relatives who live in the state and study at the University of Kansas or to watch my beloved Kansas Jayhawks play basketball at Allen Fieldhouse, but I’m the son of a Kansan. My father was raised in Overland Park, Kansas, and he has taught me the values of hard work and courtesy that Kansans embody so proudly.

But I’m not just connected to the people of Kansas through values and sports allegiances. As governor, I would make it my mission to be a voice for all Kansans. I won’t be afraid to stand up to the status quo. If the people of Kansas want me to take bold strides to improve their educational institutions, tax laws or health care system, I will take on the naysayers in Topeka and push for a better Kansas for everyone. If Kansans want me to make every day of the year Bill Self Appreciation Day, I’d gladly do that as well. I will speak for each and every person who honors me with their vote.

I’m just a teenager who sees a careless series of loopholes as an opportunity to change the lives of many deserving people for the better. It is with this in mind that I humbly ask for your vote. Thank you, God bless America, God bless Kansas, and Rock Chalk.