Milken Winter Formal: The Event of the Year 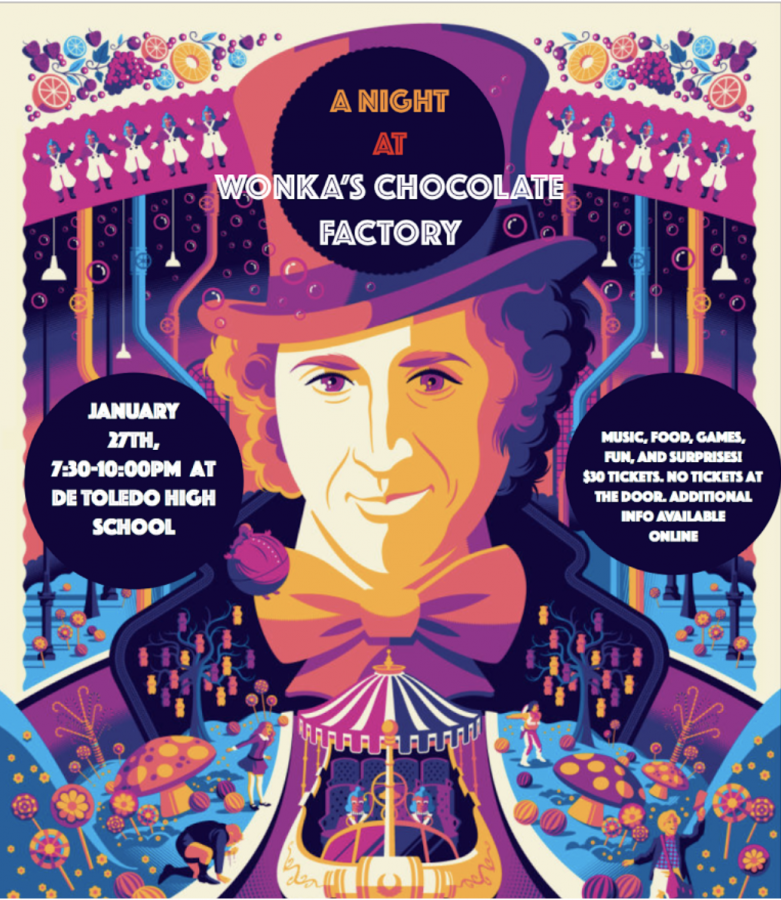 This year’s winter formal, “A Night at Willy Wonka’s Chocolate Factory,” will take place on Saturday January 27. Over the past couple of months, Milken’s Student Government has partnered with deToledo High School’s Student Government to plan the event. This partnership began two years ago as an idea of a Milken student who has since graduated. According to Ms. Lauren Miller, Director of Experiential Learning, “[the Winter Formal] has been very successful over the past few years and we are excited to continue it.”

Both Student Governments rented a multitude of games, including air hockey, foosball, Giant Jenga, Dance Dance Revolution, and Four Square. They also ordered a photo booth for the formal. At the event, there will be many kinds of candies: candy giveaways, a candy bar, chocolate fountain, as well as food carts with vegetable tacos, fish tacos, and hot pretzels.

In addition, deToledo High School will be decorated with props relating to the Willy Wonka theme, some of which were created in the Guerin. There will also be a student DJ from deToledo. Student tickets for the dance costs $30 and can be purchased here until Wednesday.

Winter formal is an event you don’t want to miss! Get your tickets now!