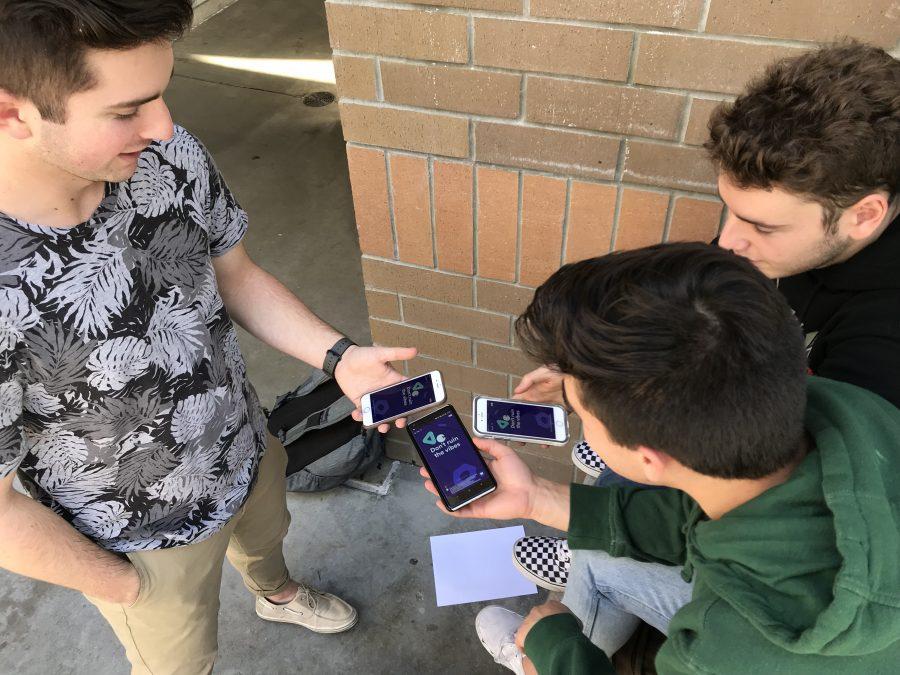 When the clock strikes noon, a growing number of Milken students stop everything, reach for their phones, and open HQ Trivia: the app that has taken Milken by storm.

Anyone who walks across campus during lunch would notice the barrage of students who often gather in groups and work together to answer questions in a quest to win cash. One of these so-called “HQ-ties” — the name commonly used in reference the app’s massive following– is Gabe Cohen ‘20, who told The Roar, “It has actually been incredible to see how HQ has brought my grade together. It seems as if everyone is unified by the game.”

This trendy app is a trivia game show, broadcasted live weekdays at 12:00 PM and every day at 6:00 PM from New York City.  Each show contains 12 questions that range from easy to incredibly difficult. For each question, users are given three answer choices and have just a few seconds to tap the correct answer. If they answer the question correctly, they move onto the next question.

While it is common for only a few dozen players of the hundreds of thousands of competitors do so, if you answer each of the 12 questions correctly, you win a share of the cash prize from that game. Right now, the minimum prize is $2,000, but on certain occasions the prize is greater, such as on New Year’s Eve, when the overall amount of cash awarded to winners was $18,000. The game has grown in popularity across the country because there is no entry fee, so there is no risk involved in playing. When asked what he thought the main reason for the game’s popularity was, Cohen answered simply: “Money. It’s all about the money.”

One of the biggest questions surrounding the app is its funding, as, thus far, there have been no advertisements run on the app. HQ is currently generating no income, and it is being funded solely by former Vine co-founders Rus Yusupov and Colin Kroll, who created the app, and a handful of other Silicon Valley investors. It remains to be seen what steps the app will take to turn a profit as it continues to gain popularity.

Though the hype surrounding the app has enticed many but annoyed others, one thing is certain: as long as the prospect of winning thousands of dollars just by answering questions correctly remains, HQ will maintain its relevance.