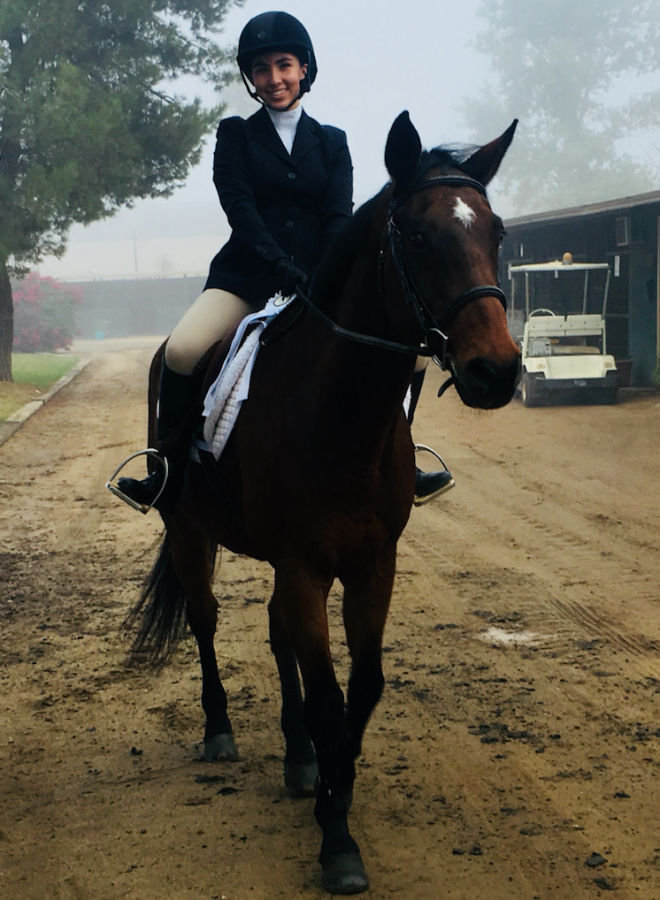 Many people are not aware of the existence of Milken’s two-person Equestrian team that competes in riding competitions over the course of the academic year. There are four Interscholastic Equestrian League (IEL) competitions every year as well as many smaller horse shows. In preparation for the competitions, the team members, Julia Slomovic ‘19 and Hannah Fitterman ’20, practice at Foxfield Riding School in Westlake Village. Their practices entail one-on-one instruction from an experienced trainer, who, according to Slomovic, “pushes and critiques my riding to help me achieve new heights.”

Slomovic began riding at the age of eight. “My grandmother surprised me with a horseback riding lesson and I immediately fell in love,” she says. “There was something incredible about the connection between horse and rider and how it made me feel so free.” She is also involved in other equestrian activities outside of Milken and rides at least twice a week. When she joined the equestrian team, she was the only member, and this will be her third consecutive year representing Milken as a rider.

Fitterman has been riding for about 4 and a half years and occasionally rides in non-Milken competitions. She joined the Equestrian Team during her Freshman year and continues to ride on behalf of Milken. As she explained, “The Milken Equestrian team is not like the other sports at this school. We do not have school organized practices or a coach.” She practices her riding 3 to 4 times each week in addition to the Milken training. According to Hannah, “Practices can be anywhere from 30 minutes to 2 hours. Sometimes I will go just go to ride my horse and give him exercise, but most of the time I ride with my trainer.”

In the competitions, the team rides in four classes: the flat class, handy hunter, hunter jumper, and equitation. As Julia explained, “In each of those classes, judges rate numerous elements and slot each rider from first to last place. At my most recent IEL, I was thrilled to come in first place out of 15 riders.”

According to Slomovic, “I am really happy that Milken has an equestrian team and that I get to compete in the name of Milken doing something that I truly love. Riding a horse is exciting and empowering and I wish everyone could know what it feels like to soar over a fence.”