New Year, New Election: How the 11th Grade is Mixing Things Up! 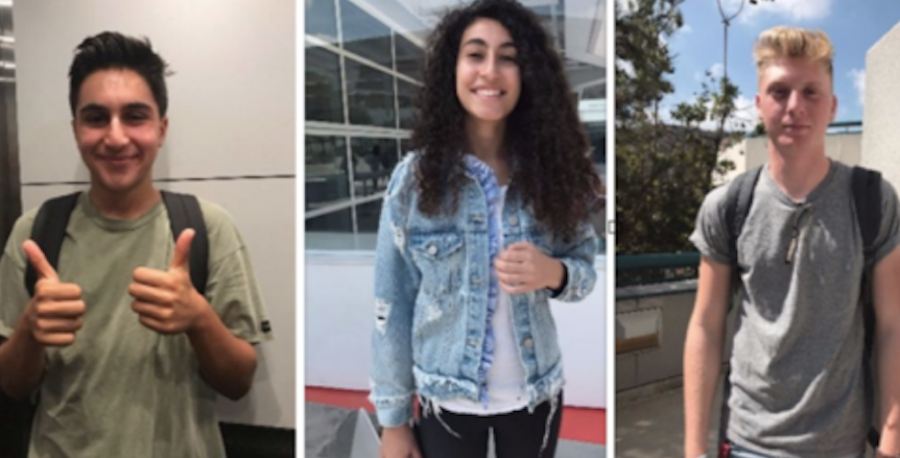 3 of the members of the Junior Class Council!

Nikki Hagigat, Justin Bardi, Max Ptasznik, Jonathan Abrams, Nicole Sussman, Robert Carlson, Alexis Farahi, and Hannah Shayefar are the winners of the Class of 2019 election. The election was held on September 13 during Kehilla. Unlike Milken’s traditional council elections, Mr. Billy Kaplan, the 11th grade class advisor, came up with a new system. Kaplan noticed that in previous years, some council members were not motivated to do their work after they were elected. This soon became a problem when Kaplan noticed the class council becoming more of his own council, rather than the 11th grade students running it themselves. Based on this experience from last year, Kaplan knew that there were only a few positions that students enjoyed being a part of. Those few elected positions would be accompanied by the rest of the candidates who would simply become a part of the class council.

This year, Kaplan decided to have 18 people run for no specific position, with the eight candidates receiving the most votes deciding on who would hold each position. Kaplan believes that, “It’s their council, and they should have control over it.” By allowing students to decide on their roles after being elected, he believes that the students will be more motivated and have more of a desire to do their jobs.

When asked how successful the new election process was, Kaplan concluded that it went well, and that other classes might be interested in conducting their election this way in the future. If this year’s 11th grade class council is a success, it may influence the way the whole school holds elections in the future.