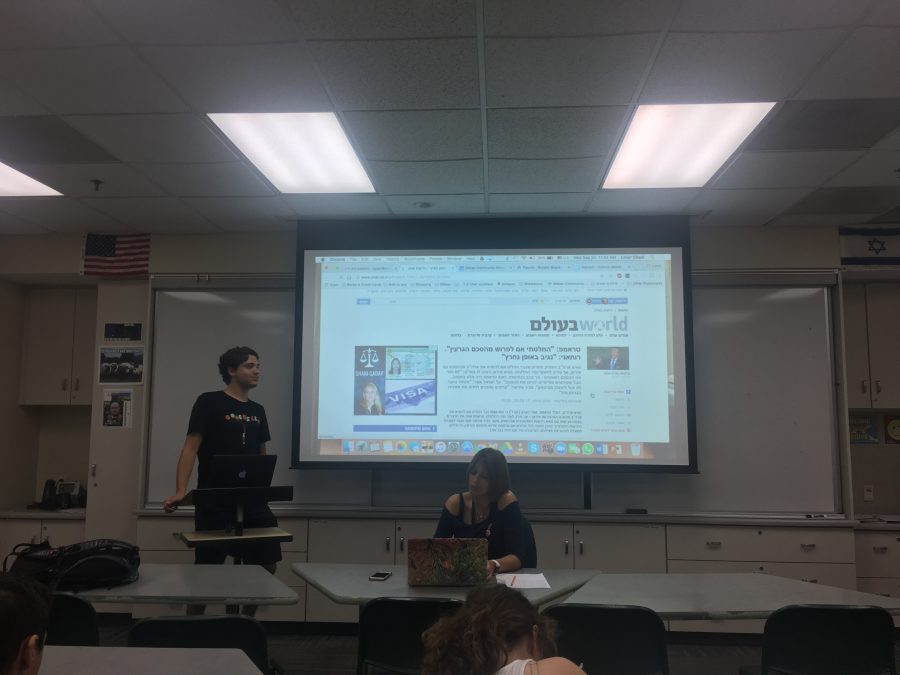 Shock, happiness, and anger, were three of many feelings caused by Head of School Mr. Gary Weisserman’s email sent out on Wednesday September 6 explaining that Hebrew would no longer be a graduation requirement. “After much consideration and consultation, we have decided to offer a third track for those students and families for whom the current study of Hebrew as a World Language is not their preferred pathway to Jewish engagement. This track permits students to select a different World Language to fulfill their graduation requirements but also engages them in a robust new program of study, including new courses focusing on Jewish language, history, values, and culture,” Weisserman’s email stated.

Dr. Kimberly Schwartz, Upper School Principal, explained that this issue has been debated for over four years. The administration understood that students can exercise choice in every other department, especially as they become upperclassmen, except Hebrew. They recognized that Hebrew might not be the best way for some students to connect to their Jewish roots. After consulting with the Hebrew and Jewish studies department chairs, as well as the Board of Trustees, and the entire Senior Administration, as well as gathering data about World Language requirements at Jewish day schools across the country and secular private schools within Los Angeles, the group finally came to a decision: to offer this third track.

“We worked on this for four years because we weren’t trying to get rid of Hebrew. We were really trying to figure out how to embrace Hebrew, and create a rigorous and vital Hebrew program that is at the center of our school culture, so that we have room for some amount of choice,” Dr. Schwartz explained. “We really wanted to develop a Hebrew program that models what we believe about education in general and having choice.” Schwartz elaborated, explaining that the program is meant to cater to students who have spent their entire lives learning Hebrew at day school, and are either fluent or continue to struggle to learn the language.

While some details of the new third track are still being worked out, for now it includes a four-year World Language requirement, as well as four years of an additional Jewish and Israel studies course. Descriptions for the new courses can be found here. Due to the fact that not all students will be taking Hebrew anymore, the administration will need to reevaluate if some courses, like the Beit Midrash Fellowship, will have a prerequisite or corequisite requirement of a Hebrew class. It is also unclear how this new program affects the Tiferet Israel Fellowship since the core class requirement on Tiferet may be able to count as the alternative to the Jewish and Israel studies requirement. Dr. Schwartz is confident that all of these kinks will be worked out before this change is implemented in Fall 2018.

Be on the lookout for more updates and clarity regarding this graduation requirement change when building schedules for the 2018-2019 school year, starting in January.