It’s Time For Milken To Broaden Its Definition of Zionism 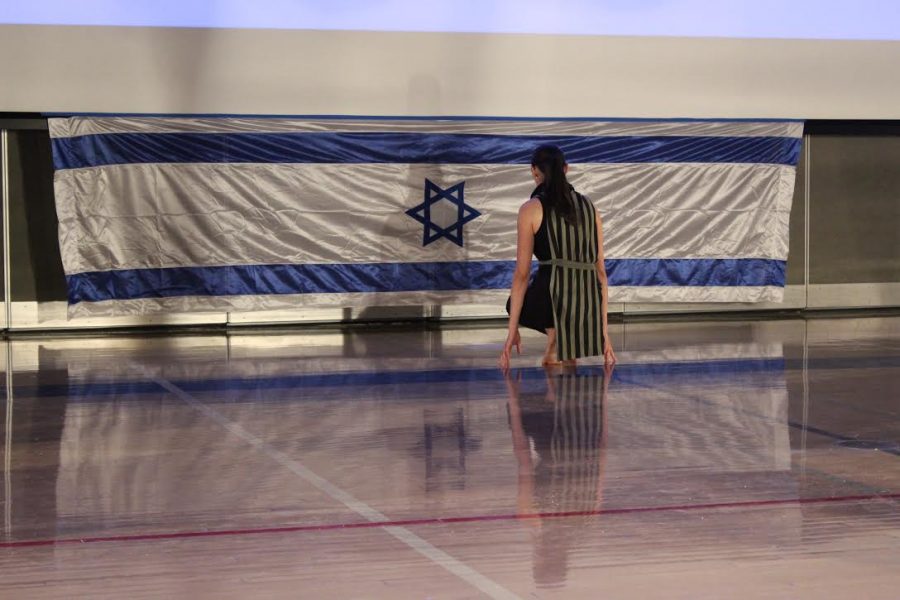 Pride can be one of the most powerful forces for good known to man. Pride can uplift spirits and inspire others. Pride can fend off enemies and protect righteousness. Pride can lead people to be committed to their morals and defend their stances.

But at the same time, pride can be one of the most dangerous weapons in the world.

Pride can blind people towards injustice. Pride can silence the voices of the vulnerable. Pride can even lead to the destruction of those who are proud.

If you walked up to each and every Milken student and asked them if they “support Israel” or if they “stand with Israel,” you would get very few “no” responses. The truth is, almost every student — if not every student — at Milken considers themselves a Zionist in some fashion, myself included. I, like so much of the student body, have traveled to Israel and seen the holy sites, fantastic people, and Jewish culture that make it such a special place. I have formed a connection, on my own, to the State of Israel, and I know that if it were to no longer exist, my place in the world as a Jew would feel significantly more insecure.

But like many Milken students, my love for Israel does not mean that I shy away from criticizing its actions. Anyone who has talked to me about Israel knows that while I love the land and recognize the need for Jews to have a state, I treat Israel like any other democracy in the world. I’m verbally against Israeli settlements in the West Bank, and I am a passionate believer that it is essential that a two-state solution is reached between Israelis and Palestinians in order to truly attain peace in the Middle East. I don’t align with J-Street, but at the same time, I do not identify with the arguments of AIPAC. And while the majority of Milken students have a significantly more conservative opinion on Israel, I know I’m not alone in disagreeing with some actions of the Israeli government.

Now, my issue is not at all about others’ opinions. I love conversing with others about every political issue, regardless of whether their opinion is similar to mine, and Israel is no different. I learn something from every person who tells me their story and gives me their perspective. My issue is that I believe Milken as a school is not promoting a broad enough definition of Zionism. From my experience, faithful support of Israel is embedded in nearly every aspect of life at Milken, from events like last week’s Israeli Independence Day celebrations to speeches at our graduation ceremonies to Israel-related classes in our curriculum. This makes sense, given that in Milken’s “Portrait of the Graduate,” we are told that Milken graduates will be taught through their time here to “connect and contribute to their communities, the Jewish people, and the State of Israel.”

I have no issue with Milken teaching students about Israel, its history, and why it is a necessity to the Jewish people. My issue is that directly trying to build students’ connections to the State of Israel prevents students from building legitimate connections of their own with Israel. Milken students are, as I mentioned earlier, passionate. That passion paired with a proper, unbiased education about Israeli history and modern day issues should make for fantastic, authentic, and genuine connections to Israel and foster political opinions that students believe in and build on their own. Instead, it seems to me as if Milken is force-feeding a somewhat politicized view on Israel to students in an attempt to build those connections for them.

For example, at last week’s Yom Ha’atzmaut Town Meeting, a gym filled with Israeli flags set the scene for a fairly nationalistic atmosphere. At this same assembly, we were told by a guest speaker that “we hope for peace in the Middle East, which we will realistically never have.” Obviously, as a Jewish high school, Milken feels a duty to prepare students to protect themselves from the anti-Semitism, sparked by a hate for Israel, that is omnipresent on college campuses. But the way for Milken to do this is not to form students’ arguments and opinions by themselves, but rather to teach them about Israel while embracing all forms of Zionism, including Zionist opinions that see a two-state solution and the potential for peace as a possibility. With this formula, Milken students will be able to defend themselves and their homeland adequately, as they will have opinions they formed on their own to back themselves up in the face of hate.

I don’t wish to tell anyone their opinion is wrong. I know how that feels. Because I am so verbal about my beliefs, I go through every day at Milken being told that I am a “self-hating Jew” or that I “hate Israel,” when in truth, all I am is another Zionist who also thinks Israel makes mistakes like any other country in the world. So, naturally, I am inclined to respect every other student’s belief as I would wish they would respect mine. But I do not think it is right, nor do I think it is effective, for my school to tell me what my opinion should be.

We are a Jewish school, and it is absolutely correct for us to celebrate, cherish, and stand with our homeland. But that does not mean that we should be promoting anything past that. If we truly want to support Israel, we have to embrace all forms of Zionism, not just the ones that support Israel unconditionally. We have to transform the institutionally promoted form of Zionism so that all students truly feel comfortable and proud to state their unique connections and opinions when Israel is discussed. We have to ensure that we don’t let our pride silence that of others. Does this mean fewer flags and passion on Yom Ha’atzmaut? Absolutely not. It would defeat the point of changing altogether, as it would limit the fervor of students who are already very comfortably and passionately verbal about Israel. All I am asking is that Milken makes their presentation of Israel more open to everyone, including those of us who take pride in being Pro-Israel, while simultaneously disagreeing with its government on certain issues.

After all, everyone should be proud of their beliefs.