From Memes to Head of the Student Government Team 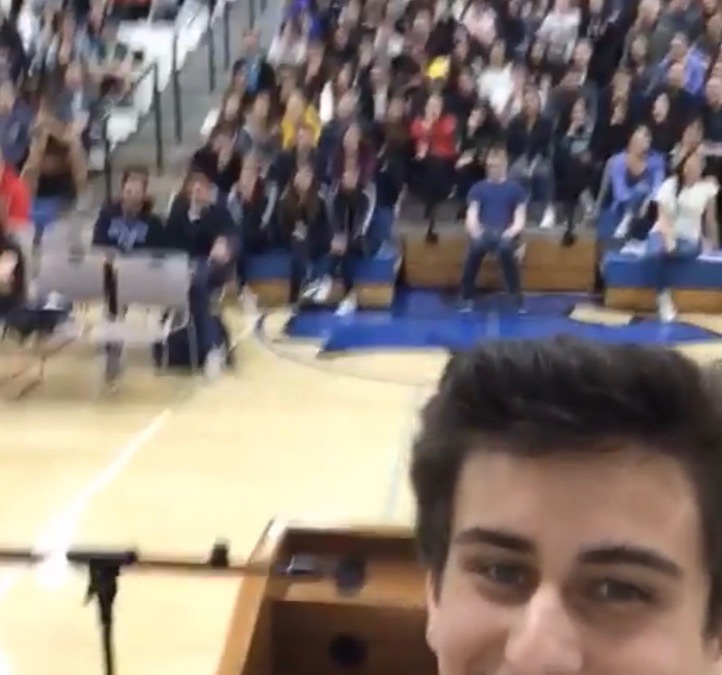 There was something special to this year’s Milken Student Government Elections. Sure, the typical campaign posters were put up all around Milken’s brick-clad campus. Students asked each other who they were planning on voting for and friends campaigned for each other. But something was definitely different. This year’s presidential race had some flash to it. Student Government member and All-CIF point guard Aaron Harouni ‘18 used his connections to get a campaign video cameo from triple-platinum recording artist Post Malone. Current Student Body Vice President Brandon Pourmorady ‘18 gave a campaign speech with a Daft Punk parody, rap performance, and even an appearance by members of the Milken Dance Team. And, of course, Noah Cohen ‘18 made the long expected revelation to the public that he was the student mastermind behind the infamous @m1lkenmemes_2.0 Instagram account. As the campaign Town Meeting concluded, there was anticipation around Milken about who would become the next leader of the student body.

The ballots were cast, and the students spoke. In doing so, they chose to elect the former meme king, Noah Cohen as the next Student Body President of Milken Community High School. The man who led the account that once drew negative attention from the Milken administration found his way onto the ballots and into the highest ranking student office at Milken.

The Roar also found out some of the other students soon-to-be President Cohen will be working on student government. Clara Pitt ‘18 used a creative video and the campaign slogan “CP for VP” to win her new title of Vice President, while Josh Afshani ‘18 won the race for Treasurer after promising the student body that he would represent their best interests. Despite their campaign video being censored by the school and not shown at the campaign Town Meeting, Aaron Farahnik ‘18 and Eli Novian ‘18 promised that they would stand up for students’ rights to speech and won the joint office of Social Chair. Last of the schoolwide offices, Hannah Lande ‘18 and Avi Bernat- Kunin ‘18 were both elected for a second term as Mazkirim.

While the 11th grade representatives have not been elected due to issues collecting votes from students in Israel on Tiferet, the 10th and 12th grade reps were also determined. In the 10th grade, Dani Kashfian ‘20 & Adam Kingsley ‘20 were the victorious candidates, while Stephanie Afari ‘18 & Lauren Halimi ‘18 were the winning candidates in the race to represent the 12th grade in student government.

Election Day also had one other important event: Student Body President Justin Leff ‘17 gave his final address to the student body speaking fondly of the year he has spent at the helm of Milken’s student government. Leff recapped his proudest accomplishments as President, including: running the most successful Winter Formal in Milken history, establishing KMSR (the Milken student radio network), lowering the price of Friday afternoon pizza and adding pizza options, and enriching grade areas with beach-themed games.

Now, it is up to Cohen and the rest of the newly-elected student government to build upon the successes of the Leff administration.