Wildcats Win to Set Up First All Jewish Sectional Final 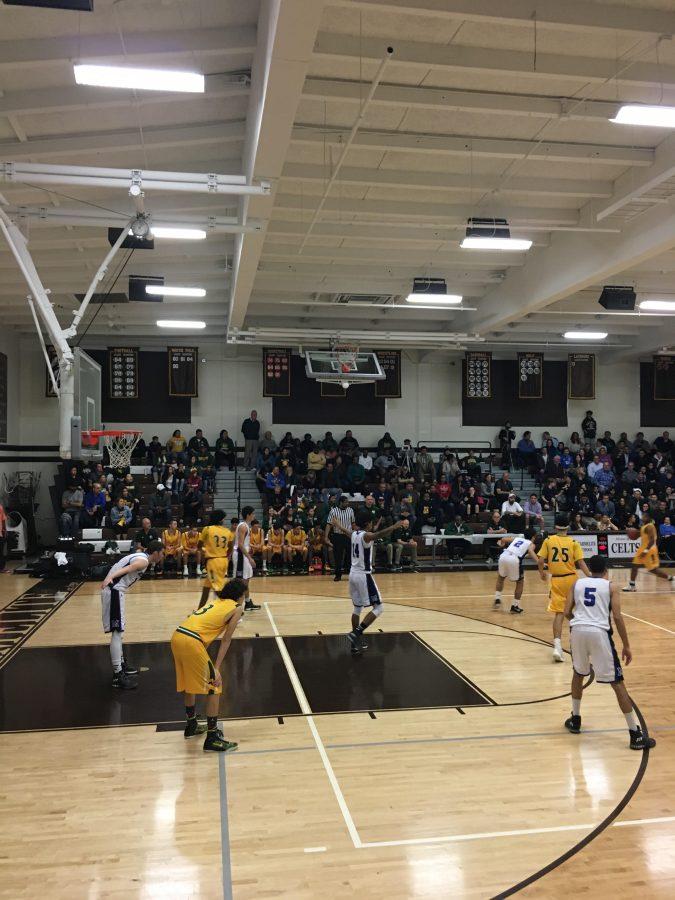 Saturday marked a monumental day for not only the Milken Community but also the Jewish community of greater Los Angeles. The Wildcats upended the top seeded Notre Dame Riverside basketball team. The victory sets up a matchup with Shalhevet, a Modern-Orthodox School in the Pico-Robertson neighborhood of Los Angeles. When the two teams clash tonight for the CIF Southern Section Division 4A title, they will be participating in the first championship game between Jewish schools in CIF history. The winner of the contest will also be the first Jewish CIF Basketball Champion since Valley Torah won in 2011.

Notre Dame entered Saturday’s game on a 14-game winning streak and had only lost two games all season, but Milken entered the game “ready for battle” according to Kian Zar ‘17. “We knew they were the number one seed and that they were going to be tough,” Zar explained. With battle in mind, the Wildcats came out firing, opening a four-point lead early.  But, Notre Dame battled back, tying the score at 12 at the end of the first quarter. The game continued back and forth throughout the second quarter, with the Wildcats trailing by three at the half.

The Wildcats rallied for a strong third quarter, making five three-pointers, including three by Aaron Harouni ‘18. The shooting barrage opened an 8-point lead for the Wildcats by the end of the third, but Notre Dame quickly erased the deficit in the fourth, leading 46-43 with under four minutes left. The team was able to regain the lead with a Harouni layup and a few free throws. Notre Dame sophomore Anthony Holland had a shot to tie the game, but his three-pointer missed long and the Wildcats emerged victorious 50-47. When Coach Michael Whiting described the game, he said he was proud that “the boys found a way to pull it out.” Whiting said “the team really played extremely well.”

Tonight, Whiting’s team will once again return to a packed Crespi gymnasium to square off against Shalhevet. Entering the game at 26-7, Shalhevet’s toughest playoff matchup came in the first round when Lancaster High School sent the game to overtime, though Lancaster eventually lost by 5 points. The other Shalhevet victory margins have been 23 in the quarterfinals and 15 Thursday against Mary Star of the Sea.

Players to watch in tonight’s game are Shalhevet guard Eitan Halpert ‘17 who scored 39 points in the Lancaster game, and forward Edan Sokol ‘17 who is the team’s second leading scorer. For Milken, the play of Brian Pearlman ‘17 and Amitai Afenjar ‘18 will be crucial as the frontcourt tandem will be the tallest players on the court.

To celebrate the achievements of Milken’s basketball team, Student Government President Justin Leff ‘17 announced a pep rally today at lunch to celebrate “what [the basketball team] has already accomplished” and to encourage the student body to continue the “incredible support for the team. We want to get momentum for the game going during the school day.”

For both Milken and Shalhevet, victory tonight would be a first in their school’s history. But either way, a Jewish day school will win a basketball championship in Encino tonight.