Trump and Netanyahu: A Bromance in the Making? 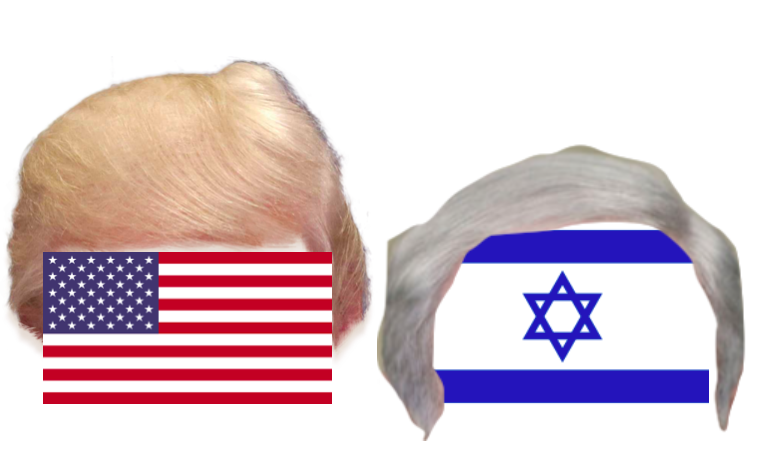 The newly inaugurated President of the United States, Donald J. Trump, has made it one of his chief missions to restore what he sees is a broken relationship between Israel and the United States. With an Orthodox son-in-law and daughter, Trump has been considered a friend of the Jewish people by many Jews. Others doubt the President’s allegiance to the Jewish people and to Israel as a whole. Many news outlets widely criticize President Trump’s pick of Steve Bannon for White House Chief Strategist. Bannon has been under fire for what some believe is the publication of anti-semitic articles on Breitbart News, the far-right media website that Bannon was previously executive chair of. President Trump has spoken at AIPAC, America’s Pro-Israel Lobby, about his plans for the future of Israel and the United States. The AIPAC speech was before the election, and American Jews are eager to see what the President has in store for Prime Minister Netanyahu after the big win.

To show solidarity with the then President-elect, Netanyahu took to Facebook on November 9, 2016 to convey his good wishes and hopes for the future. Prime Minister Netanyahu posted:

“President-elect Donald J. Trump, my friend, Congratulations on being elected President of the United States of America. You are a great friend of Israel. Over the years, you’ve expressed your support consistently, and I deeply appreciate it. I look forward to working with you to advance security, prosperity and peace. Israel is grateful for the broad support it enjoys among the American people, and I’m confident that the two of us, working closely together, will bring the great alliance between our two countries to even greater heights.

May God bless our enduring alliance!”

Many conservative leaning students at Milken see the Trump victory as a win for Israel. To these students, Trump’s plan to move the American Embassy to Jerusalem is the perfect gesture to show our enduring promise to support the Jewish state. Elliot Shadgoo ‘18 says about the relationship: “I think that it is good that we have a president who is pro-Israel because it puts pressure on both sides (Israelis and Palestinians) to resolve this conflict once and for all. But I don’t believe that Trump should be completely biased towards Israel, because the Israelis would become complacent and unwilling to negotiate for peace.”

More liberal leaning students worry about how their strong support for Israel can go against their leftist political beliefs. These students worry that being pro-Israel is in some way also meaning that they are pro-Trump. Griffin Isen ‘19, says, “I believe that people who are pro-Trump are going to become more interested and invested in Israeli affairs than American affairs. This sounds like a good thing, but they need to learn to worry about America first.” Other liberal students see the relationship of the two world superpowers as something of a “silver-lining” to the Trump presidency. The mentality of “at least he’s pro-Israel” has been heard in many liberal homes that are also supporters of the Jewish nation.

Most recently, Prime Minister Netanyahu has expressed his support of the Mexico border wall through his tweet on January 28th. Netanyahu wrote: “President Trump is right. I built a wall along Israel’s southern border. It stopped all illegal immigration. Great success. Great idea.” The tweet received over 100,000 likes and was shared over 50,000 times. Many have commented how the tweet is similarly structured to a tweet by Donald Trump. President Trump has invited Prime Minister Netanyahu to visit Washington D.C, and the Prime Minister accepted this invitation with an offer to the President to visit Israel in return.

Only time will tell how the relationship between Prime Minister Benjamin Netanyahu and President Donald Trump will unfold and develop over the next few years.