The Ongoing Struggle For Gender Equality in Sports 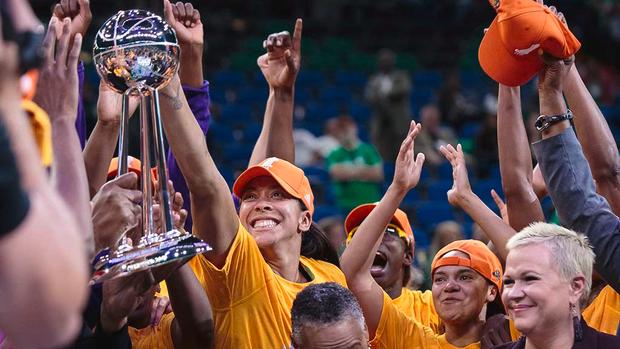 There is a buzz of optimism amongst many of Milken’s biggest sports fans as we reach late fall. Many Milken students would argue that basketball is Milken’s most popular sport, and with the end of October comes the start of the 2016-2017 NBA season. A new year brings new hope to fans of every team, including the hometown Lakers and Clippers, that this could be their year.

And while all the hype at Milken about the start of the NBA season builds, a local professional basketball team just hoisted a trophy of their own. The Los Angeles Sparks of the Women’s National Basketball Association just won their third championship, defeating the Minnesota Lynx in the fifth and final game of a best-of-five series on October 20. You would expect that at Milken, a school where basketball is many (if not most) students’ sport of choice, celebration of the Sparks’ triumph would ensue. However, many students wouldn’t have known that the Sparks were in the playoffs in the first place.

Milken basketball fans are just the tip of the iceberg when it comes to unawareness of the WNBA. Take the Sparks as an example: they play in the same arena as the two NBA franchises in Los Angeles (the Lakers and Clippers). The Sparks have achieved regular season success similar to or better than the NBA franchises (the Sparks had a 76.5% winning percentage in 2016, while the Lakers had a 20.7% winning percentage, and the Clippers had a 64.6% winning percentage in the 2015-2016 season). However, their average regular season game attendance was a mere 7,464 compared to the Clippers (who had an average attendance of 19,060) and Lakers (who had an average attendance of 18,997). This raises the question of why the NBA teams drew dramatically larger crowds, even though the success of the teams in their respective league was not as high as that of the Sparks. What is the answer to this question? In my opinion, it is the gender of the players on the court.

As a result of their popularity, the USWNT generated $6.6 million in profit for the United States Soccer Federation, while the men generated only $2 million in end profit. However, the women have filed a complaint against the U.S. Soccer Federation to the Equal Employment Opportunity Commission, claiming that the men make four times more than them despite the fact that they have recently brought in more revenue. According to a New York Times article, while the incentive-based nature of both the men’s and women’s salaries makes it complicated to understand, there is a wage disparity between men and women that grows as the pay rank of the players gets lower. The top paid male was paid $1,401,485 from 2008 until 2015 while the top paid woman made $1,223,411 in that same time period. This means the woman made 12.7% less than the man. This seems like a slight, yet acceptable difference in pay. But, as you look lower on the list, you eventually find that the gap widens dramatically in percentage. The male who had the 25th highest salary made $580,522 from 2008 until 2015, while the woman with the 25th highest salary made only $341,721 in the same time period. This suggests that the woman made a whopping 41.1% less than the man. So, even when the fans pay more attention to female athletics, those same athletes aren’t nearly as well paid by their employers as are the men.

I am not trying to suggest that the unfavorable treatment of female athletes is the fault of modern day Americans. Much like many women in other professions, women have received treatment that is inferior to that of men for ages. But as our society changes, so too should the world of sports. American women are now considered leaders in many fields, including medicine, law, and business. Hillary Clinton is now the first female major-party nominee for the United States presidency. If we are willing to give a woman the opportunity to be the potential leader of the free world, then it is also time for us to give female athletes the attention and compensation they deserve on the field.