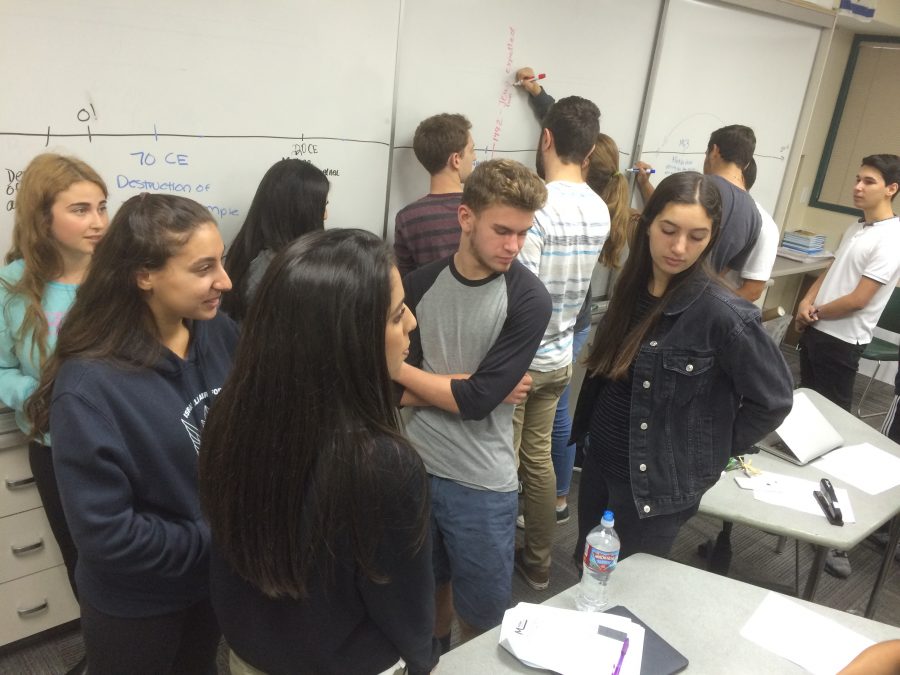 Milken students returned this fall to a beautifully remodeled campus, with the addition of The Guerin Family Institute for Advanced Sciences and the Architecture and Design Institute. The renovations provide students with an unlimited amount of new opportunities to explore their passions in the arts and sciences. The new Milken, however, is without a Beit Midrash, which functioned as three classrooms. Even with the addition of two new classrooms, there is still a new loss of one classroom. While that may not seem like a lot, it has led to an increase in the number of students in many AP and Hebrew classes.

“We lost 10 class periods worth of rooms,” said Mr. Beau Lindsay, Vice Principal. “We did add two new classrooms, but we’re still down one room. Fortunately, the new Beit Midrash will add many more rooms.”

While it’s mostly understood that the larger classrooms are temporary, it hasn’t stopped students and parents from expressing their disapproval. A student who wishes to remain anonymous said, “It’s just much harder to get that one-on-one attention that smaller classes offer. I get that an AP class is more independent and the teacher is the guide while the students do their reading and studying, but the size of the class makes it harder to focus and stay on task.”

As for the lack of Hebrew levels, that also has to do with the availability of classrooms. A concerned parent of a child in a large Hebrew class had this to say: “My daughter’s Hebrew class has 23 students in it! She also is supposed to be in regular Hebrew, but they only had an honors class for her level this year. I think they should hire a new teacher so they can have enough teachers to cater to all the students’ Hebrew levels, instead of combining a regular and honors class into a huge class. My child is falling behind and I worry her grades will suffer.”

Since then, this Hebrew class with the regular and honors students has decided to split in two for certain assignments to cater to different needs. The Hebrew department is also in a transition year, changing the names and levels of their classes. Next year, the “basic” that precedes certain Hebrew classes will be removed, and instead will just be “Hebrew 1.”

Some of these larger Hebrew classes have already been broken up into two classes. As to whether the school will decide to use the quiet room in the library as a temporary bonus class, or build a sukkah-like outdoor classroom for more room, remains to be seen. Next year, the class size problem will seem like a distant problem with the addition of the new Beit Midrash; but either way, students and teachers are working to make the best of this temporary situation.