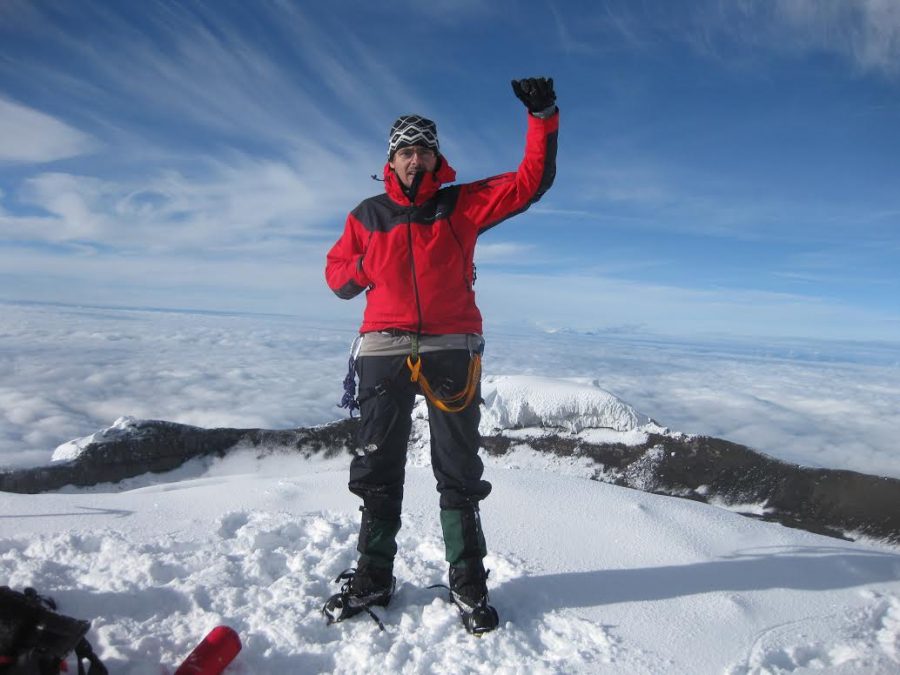 Mr. Jorge Requejo, our very own Spaniard, is new to the Milken community this year. Though he was originally born in Zurich, Switzerland, he grew up in the northwestern area of Spain. There, he was born into a special minority known as the Galicians, an independent community with a special status. Not only do they abide by different laws, but they also speak a different language known as Galician, a Romanic language that is similar to Portuguese. In his later adult years, Requejo moved to Catalonia where he learned to speak Catalan and enhanced his Spanish. He spent his high school years in Barcelona where he nearly failed his freshman year, but ended his senior year with excellent grades. After Requejo graduated, he proceeded to attend the University of Barcelona where he majored in Galician studies, minored in Greek and Latin, and earned a teaching certificate in Spanish literature and studies. When asked why he got into teaching, Sr. Requejo responded by saying that he wanted to be the teacher he never had. Five years ago, Requejo met an enticing California girl in the beautiful mountains of Ecuador. A few months later, he moved to South Pasadena and while the relationship ended, it was just the beginning to his stay in Southern California. He has previously taught at Fairmont Preparatory Academy, Polytechnic School, and the Pasadena Language Center, and he is now continuing his teacher career here at Milken. On the weekends, he can be found anywhere in the great outdoors. Similar to the Woody Allen quote, Requejo says, “Outside the wilderness, it’s a lost day.”  Unless of course, he’s in the classroom teaching language and culture.

Winter, but being in California, I must get used to that warm weather!

I’m satisfied without one.

Black coffee with almond milk (even though I’m caffeine intolerant, I need it to teach!)

Cheese, cheese and cheese. And bacon.

What the heck is that?

What’s your next concert:

Which decade would you time travel to:

I would be happy in any of them.

I dream to travel to the Bahamas

90210, the Spanish edition – I was in love with the beautiful character, Brenda