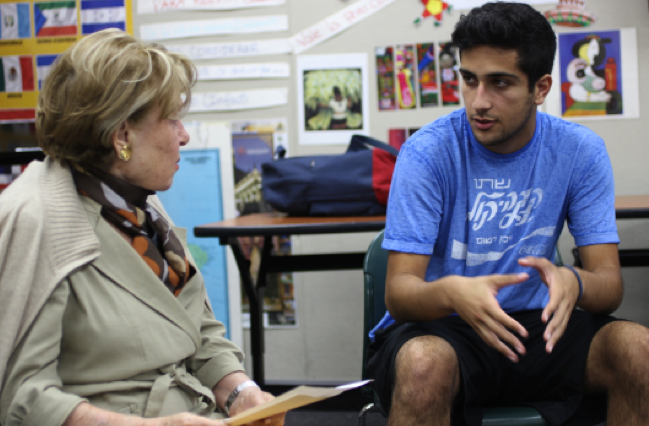 Last week, Milken students who participated in the Righteous Conversations Tiyul had the opportunity to meet with Holocaust survivors and create meaningful public service announcements, photographs, and original compositions that document and build off of survivors’ stories. Students documented the lives of the survivors through photo journaling, and their public service announcements carried the conversation further by addressing the issue of unequal learning opportunities. The musical pieces composed attempted to express the emotions of the survivors as well as those who perished during the Holocaust.

One highlight of the week was the tour of the Los Angeles Museum of the Holocaust on the first day of the program. Each participant was given a headset so they could listen to a information about the Holocaust and other firsthand accounts. The participants also had an opportunity to visit the children’s memorial and write a message to a child victim of the Holocaust. Touring the museum allowed the participants to view artifacts firsthand and get a better overall understanding of the events that occurred during this time. 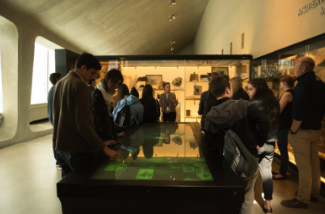 Another highlight of the program was that each day at lunch, the participants shared an object that had meaning to them. Some of the Holocaust survivors brought in objects from the war, giving the participants a glimpse into what life looked like for Jews at that time. One of the survivors, Harry, brought in a picture of his extended family from before the war; many of the individuals in the picture were murdered during the Holocaust. Since he was young at the time the Holocaust, he can only remember his family members that passed away through the pictures that remain.

A third highlight from the Righteous Conversations tiyul took place on the last day, during the presentations. Participants had the opportunity to showcase their photographs, public service announcements, and musical compositions they had worked on throughout the week. Parents of the participants and other guests joined the participants to celebrate their hard work and creativity. 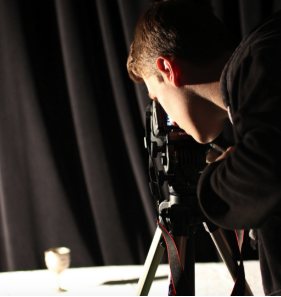 Students in the Righteous Conversations project learned the importance of being an advocate for the Holocaust. As the few remaining survivors get older and older, it is more important than ever to carry on the memories and the realities of this terrible, not-so-distant tragedy. Many Holocaust survivors dedicate their time and energy to help Righteous Conversations students with their projects. They know the participants will leave having a newfound connection to the Holocaust, and want to be a part of that process. Not only do the students leave as witnesses to the horrors of the Holocaust, but they also become advocates for problems going on in the modern world. The participants learned the importance of standing up to injustice in the world and the danger of staying silent. The students who created the public service announcement picked a current problem to learn about, then worked to a create a video using the information they found. The tiyul left a lasting impression not only on the students, but on the Holocaust survivors who were able to connect with the students and work together to make the world a better place. 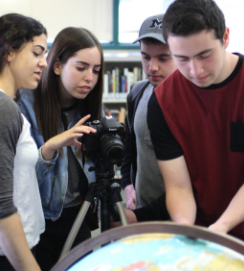