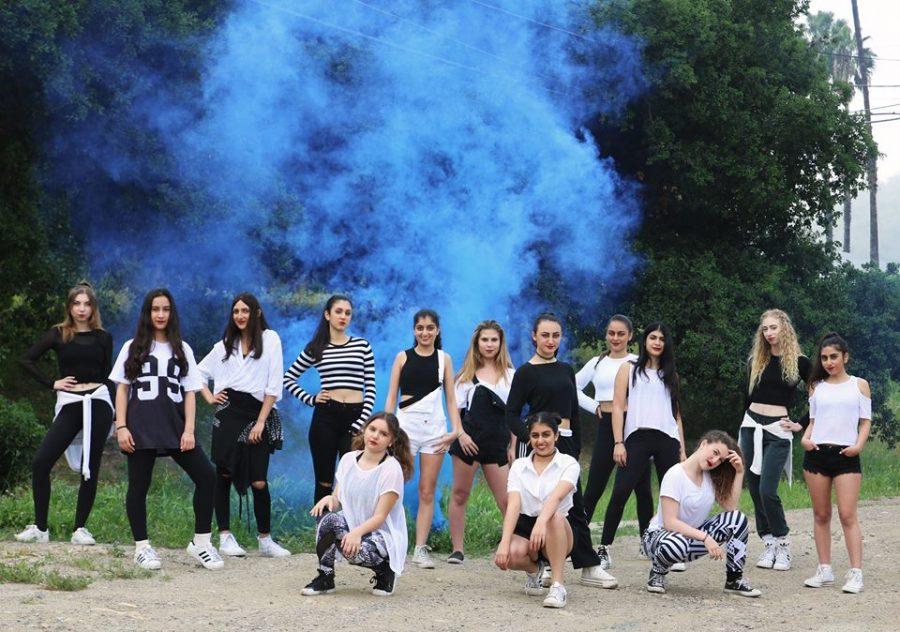 Last Thursday the Milken Dance Team showcased a full season’s worth of learning and perfecting choreography. After attending the 7 pm performance, I compiled a comprehensive list of the highlights of the show. This was goodbye for the 7 seniors- including the captain and co-captains.

Kayla Pournazarian ‘16 started off the solos in a golden glimmering dress. The dress was embellished with long gold fringes, reminiscent of the Roaring Twenties- the decade of flappers. With many twists and turns, it was impossible to keep your eyes off of her.

After watching a few of the senior spotlight videos, the theme of beauty emerged in full force. Each and every girl spoke about what beauty means to them. With a show dubbed Vanity, it was definitely a relevant and important topic to touch on. Responses included “being unique,” “having a personality,” and there was consensus across the board that beauty on the outside means very little without equal or greater inner beauty.

The next senior solo was Kaile Applebaum’s ‘16. She exuded confidence, gliding across the stage, glimmering in a mint asymmetrical-hem dress. Her smile beamed with every blink of her eyes and flick of her hair as she shifted easily from the floor to leaping in the air.

In Team Captain, (and our very own Editor-in-Chief) Natalie Pashaie’s video, she had the added element of offering advice to next year’s captain. She encouraged them to “give it their all” and take a “bad day at school” and use dance to turn around their mood. In her solo, she wore a two-piece grey outfit that had red fabric billowing in the back, like a cape. She started and ended the song in the vulnerable position of having her head held to her knees.

As Andrew Rincon, the coach, said, “their personalities exploded all over the stage.” He expressed sadness as four years of coaching the seniors were coming to an end and articulated it best through his own dance tribute to the girls. It’s safe to say that there wasn’t a dry eye on or off the stage.

In addition to solos, there were a myriad of group dances. Captain Natalie Pashaie ‘16, Co-Captains Kaile Applebaum ‘16 and Kayla Pournazarian all performed together in nude dresses whose slits exposed burgundy bodysuits.

It wasn’t all about the seniors though! Lila Hanish ‘17 danced a solo in a very 80’s costume to a very 80’s song – “Into the Groove” by Madonna. She was bubbly and full of energy, skipping around the stage, twisting and turning in her black and pink ensemble – every bit as sassy as Madonna herself.

Isabel Bina ‘17 also performed a solo that left me with two words- polished and delicate. There was a genuine air of vulnerability meshed with a conviction expressed in every motion. She also danced with younger sister Sophie Bina ‘18 in matching shiny taupe dresses. It was so special to see them mirror each other’s movements, while building off each other. Again, very few dried eyes were left in the house.

Nothing came close to the finale though. The costumes, props on stage, and raw emotion were unmatched. All the girls wore matching green dresses straight from Mount Olympus. These goddesses manipulated orange fabric that was cascading from the ceiling, concluding the show on an incredible note- by far the peak. Thanks to the creative mind of Andrew, the technical abilities of Brian Byrne and pure excitement, the show was an utter triumph. Congratulations to the 2016 squad on an incredible year!