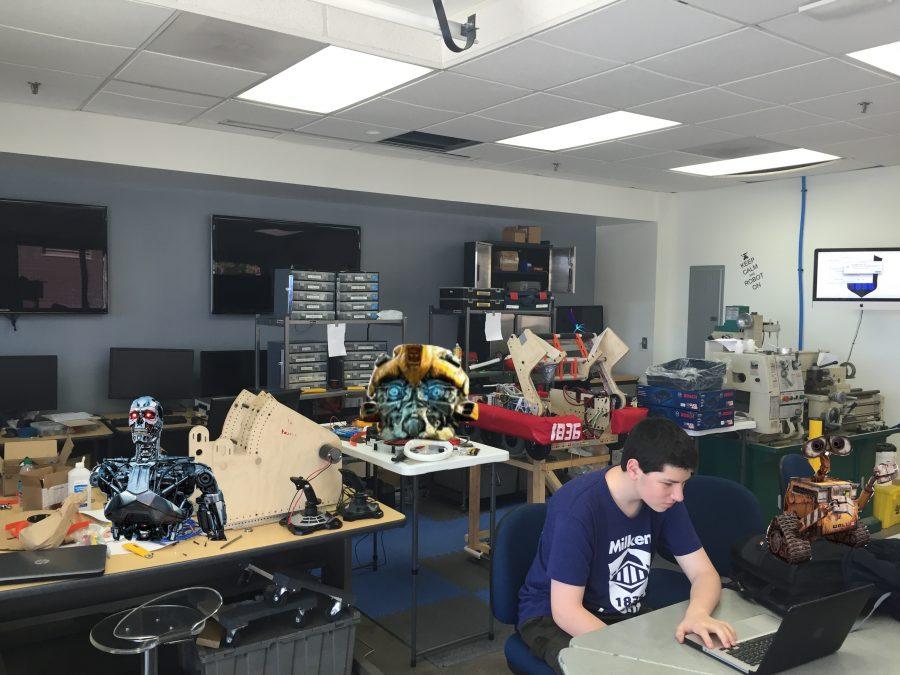 The Milken administration has released news of a new graduation requirement starting at the beginning of the 2016-2017 school year. As of next fall, it will be required for all students to complete at least one year on the high school robotics team. Zeke Levin (‘18), current robotics team member, says about the initiative, “Here in FRC Team 1836, we don’t just build robots, we build people. And that’s why everyone should spend time on the team.” Jared Hasen-Klein (‘18), self proclaimed Chief Non-Robot Officer, said “You know there are a lot of stupid people in this world. And Milken is trying to eliminate a lot of those stupid people.”

Wise words, but this program has received a lot of criticism, especially from students who have no interest in robotics.  Jordan Pardo (‘18), varsity football and baseball player says, “I don’t want to do it. I hate it. It’s the most boringest thing ever. It’s like taking another class after school.” Some are concerned about the legality issues of making it a graduation requirement to join an after school club. Some members of the team have been seen spending many hours staying at school, long into the night, and even on weekends, to build their robots. There are other concerns as well. Renowned physicist Stephen Hawking has long been warning about the possibility of robots rebelling against humanity. Should we be encouraging this at our school? Could this possibly lead to human spies among a new robotic race? Can robots even be Jewish, and if so, where would they stand in our pluralistic community?

Whatever your opinion is on this new school mandate, all students better get used to words like “Articulated Manipulator” and “Jacobian Matrix” if they want to graduate from Milken Community High School.