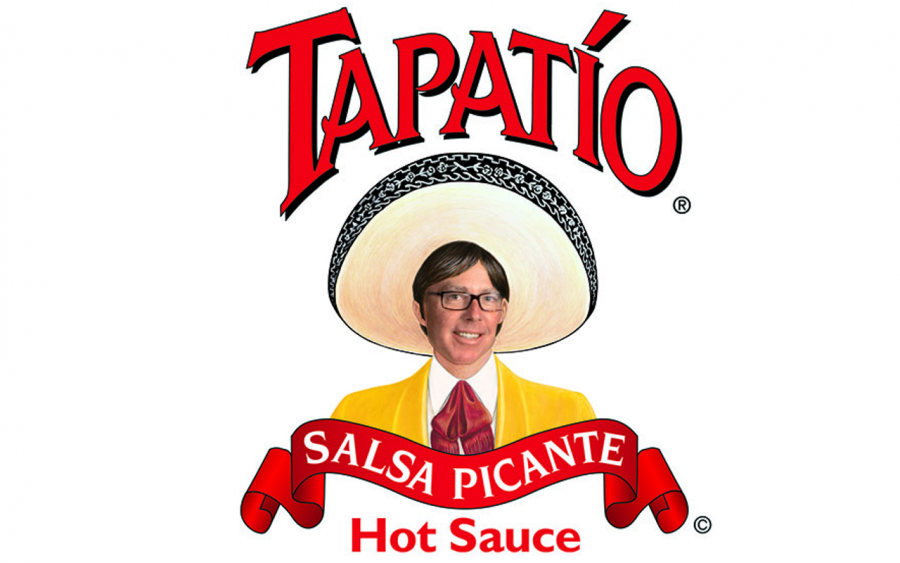 Yesterday, I sat down with Mr. Painter, the newly appointed “face” of Tapatio. The popular hot sauce company had been keeping tabs on Painter for years because of his particularly frequent consumption of their product. He finally impressed them enough to become their new posterchild.

How many hot sauce bottles do you carry with you?

“Well I’m not constantly carrying a hot sauce bottle, but if I don’t have hot sauce within my general proximity I have been known to have the occasional panic attack.”

How often do you use hot sauce?

“I use hot sauce on my morning omelet, my lunch chicken patties, and chili flakes on my dinner salmon, but almost never on snacks. That would be weird.”

How much money do you think you have spent on hot sauce during your lifetime?

How do you feel about your accomplishment?

Will you be cutting down on time spent working at Milken in order to pursue your role at Tapatio?

“I might have to go part-time next year to meet the travel requirements of being the poster-boy for Tapatio, but it is a sacrifice I am willing to make.”

Although we will miss seeing Mr. Painter’s face around Milken as often as we do now, the Milken student body looks forward to seeing his face on the bottle of one of their favorite condiments.