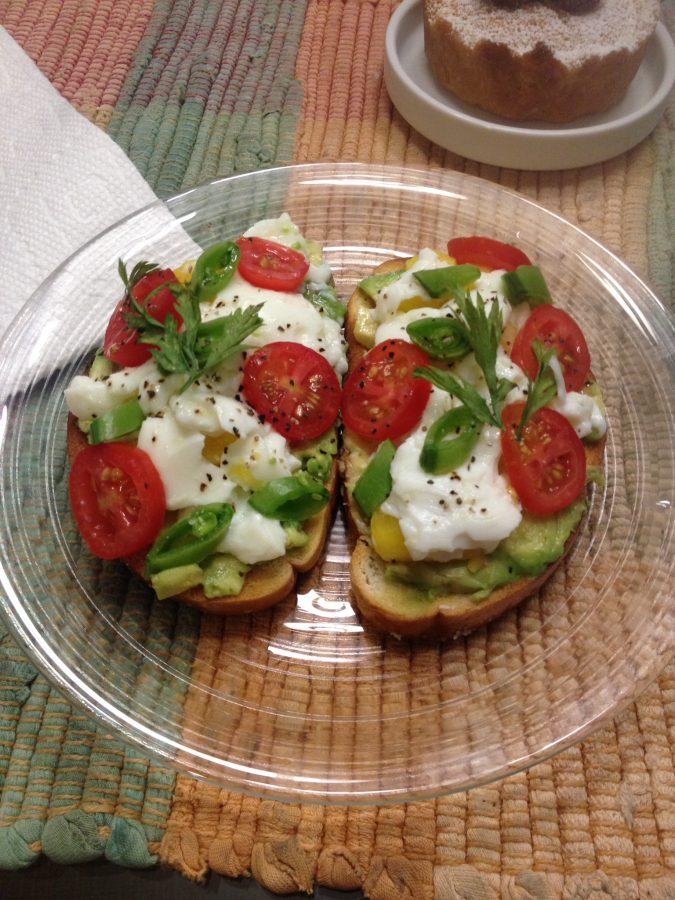 Once a week, after 7 hours of school with no free periods, Ayelet Goldman ’17 commutes to Santa Monica where she then works from 5:30 p.m. to 10:30 p.m. at the Gourmandise School of Sweets & Savories. As an assistant, Goldman helps prepare ingredients for the classes and makes sure everybody has what they need. “I like everything. Mainly, I like learning new things every time I go. I have learned a lot about time management and how to prep things in order to be most productive.”

Goldman’s passion for cooking began in the kitchen while assisting her mom. She started by helping out and then moved on to doing things on her own. Goldman views cooking as something that connects people because “everybody has to eat.” The culinary arts have also opened her eyes to different cultures and types of people.

When ordering from various restaurants, Goldman’s favorite food to sample is the almond croissant. Her favorite dish to create is ricotta cheese on crostini, a “fancy word for toast.” Ayelet also experiments by supplementing vanilla extract to her creations. Often, her speciality dish of humus will make an appearance on her family’s Friday night dinner table after the dish’s long process of creation. Goldman learned the humus recipe from her host family on her 6th grade Israel trip, and she has since shared it with even more family and friends.

Goldman’s generosity is demonstrated by her desire to share her artform. Not only will she cook for herself and her family, but she will wrap up her creations and distribute them at school to friends, faculty, and the community at large, allowing others to taste her delicious cuisine.

As a child, Goldman envisioned having a restaurant called something along the lines of “Mama’s Kitchen,” and although she does not have a clear path for the future, Goldman looks forward to exploring the culinary industry and deciding if she wants to pursue a career within it.