Going Back in Milken History with Ms. Flier 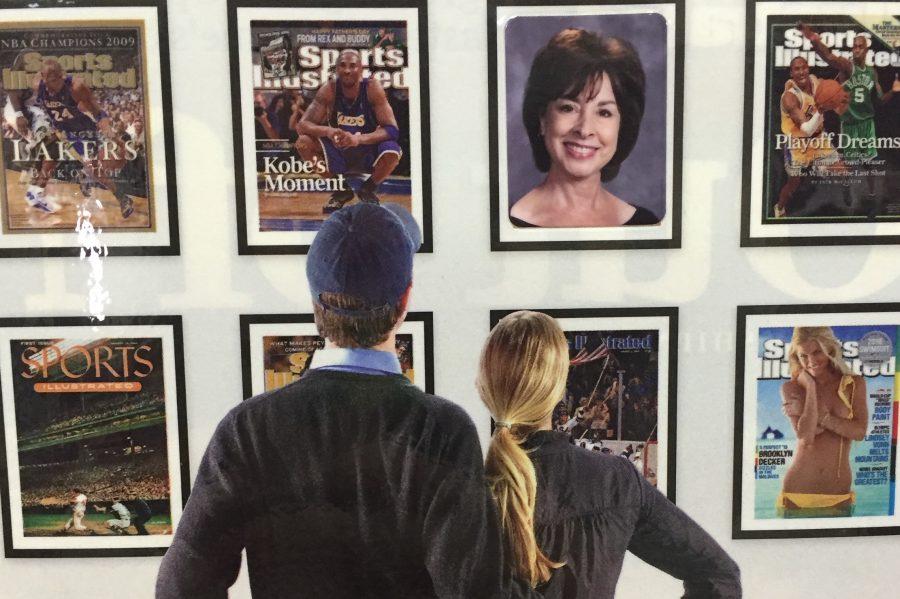 In honor of Milken’s 25th (Silver) Anniversary, the Roar went back in time with history teacher Ms. Elyse Flier to learn about Milken’s past and her teaching experiences.

Ms. Flier has been a history teacher at Milken since 1981. Over the past 35 years, she has watched Milken grow into a nationally recognized Jewish high school. When Ms. Flier was hired, Milken was just starting out as a middle school at the Stephen Wise Temple. Milken originally only had a 6th and a 7th grade, and one and a half history teachers, since Ms. Flier only worked there part time. Stephen Wise’s Head Rabbi, Rabbi Zeldin, would joke with her that one day he would eventually build her her own high school. At the dedication ceremony for Saperstein Middle School, Rabbi Zeldin said to her, “See I not only built you a high school, but I also built you a middle school.”

Eventually, students moved from learning at Stephen Wise Temple to learning in trailers located at the West Lot, where the present day seniors park. Ms. Flier remembers being amazed when Milken broke ground for the high school’s campus. After years of construction, the class of 1999 graduated from the current campus, having left the trailers halfway through their senior year.

When asked how Milken has changed, Ms. Flier said, “I have just seen it grow and grow and grow. I don’t even recognize the school that started at Stephen Wise.” Early on, Milken students mainly came from Stephen Wise Elementary School. Twenty five years later, there is a larger variety of religious denominations and backgrounds represented. As Milken increased its academic standards, Jewish students from all over the community became drawn to it. Not only has the student body demographically changed, but so has the Milken faculty and staff. In the early stages, most members of the faculty were Jewish, but now Milken’s faculty members are a variety of religions. Milken’s aim of being a pluralistic community filled with students and teachers from different backgrounds has allowed Milken students to “see that there is more than just our small community,” according to Ms. Flier.

Watching a small school turn into a prestigious academy has been the biggest change says Ms. Flier. This includes the creation of extracurriculars at Milken, such as sports and robotics teams. Ms. Flier remembers her astonishment when she saw students come into class with jerseys on for the first time.  Ms. Flier explains, “I always have to think to myself this is no longer that little struggling school. It is now a big school with a nationwide reputation.”

Even with Milken changing around her, Ms. Flier’s class has been a pillar to the Milken community. She is always open to learning new ideas and has attended conferences and workshops to help her grow as a teacher. Even after all these years, Ms. Flier still likes to have an ordered classroom and to teach in a personal way.

However, in her class, “there are times to be serious, and there are times to just have fun.” She has been known to balance hard work with having a great time, a work ethic that makes her an admired teacher by all of her students. Ms. Flier still makes sure to connect with her students on Facebook and through alumni visits at Milken.

When we asked her what the best part about being a teacher is, Ms. Flier says, “to know that you have had an impact on the people that have passed through your class and to share a passion, and give them the love that you love.” She also notes that because of her art history class, several students have become art history majors in college. Having an influence on her students has been the best reward of teaching, and is one of the reasons she loves being a teacher at Milken.

Anyone who has had Ms. Flier as a teacher has heard of her well-known fireplace story. Ms. Flier tells us that three generations of students have been lucky enough to hear this story, since it goes back to “around the time of Madonna.”

Thank you to Ms. Flier for not only teaching history, but for helping to create Milken history for the past 35 years. She has been a valuable part of Milken, and will undoubtedly continue to contribute to the school’s future.