Are the Olympics Coming Back to LA? 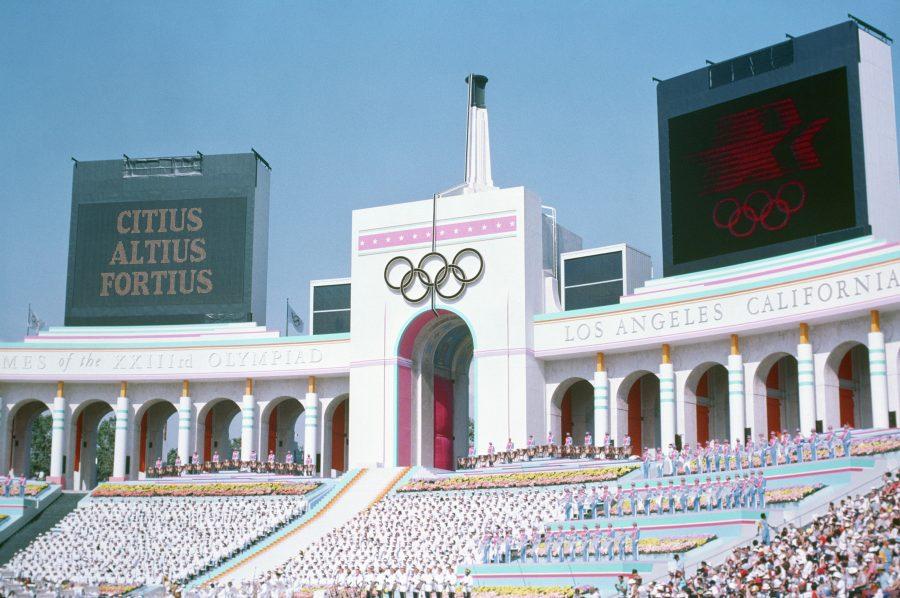 With the 2016 Rio de Janeiro Summer Olympics soon to be upon us and the 2020 Olympics in Tokyo, Japan already planned, the entire world is setting their sights on the Olympics in 2024. While this may seem far off, the decision of who will host this historic event is already being discussed. The race for the olympic bid has many countries spending countless hours and a significant amount of money to host the games. This includes our own city of Los Angeles. Los Angeles is the United States’ official bid for the 2024 Olympics, and we are pulling out all the stops to be the city to host it. Los Angeles hasn’t hosted the Olympics since 1984, and to many, bringing the games back after over 30 years would be an incredible achievement. It was recently announced that NBA star Magic Johnson, who competed in the Los Angeles 1984 Olympics, has become a vice chairman for the LA Olympic Committee. To find out more, I contacted Mr. Jeff Millman, the Chief Communications Officer at the LA 2024 Olympic Bid Committee, and asked him a few questions about this historic opportunity for our city.

What is the International Olympic Committee taking into consideration when they are choosing a host city?

The IOC recently introduced a series of recommendations known as Olympic Agenda 2020. These reforms promote greater flexibility to make sure that the Olympic Games fit within the long-term vision of a city, reducing their cost and maximizing their legacy. These factors, along with providing the best experience for athletes, are some of what IOC members will consider when they vote to select a host city in September 2017.

What would you say is our greatest challenge that we face in gaining the Olympic bid?

The biggest challenge is winning!  Los Angeles is competing against three beautiful European cities in Budapest, Rome and Paris. And that’s why we’re focused on the work we have to do to win the hearts and minds of the members of the IOC who will be voting in 2017. There is a very long way to go, but in the context of the IOC’s Olympic Agenda 2020 reforms, we are even more convinced that LA could be the perfect partner for the IOC at this moment.

Security is one of the biggest concerns in hosting the games, so what security measures are officials prepared to administer if the Olympic Games are brought here?

LA 2024 is committed to a secure Games and security is a top priority of our Games plan. We are fortunate in that LA hosts major events all the time. For example, LA regularly hosts world championships in premier sports, in addition to the annual Academy Awards, Grammys and Emmys. We have the necessary experience to develop and execute the robust security a global event like the Olympic Games requires.

What is the greatest benefit for Los Angeles to host the Olympic Games?

The Olympics are in LA’s DNA, and many Angelenos enjoyed the experience of hosting the 1984 Games. With 81% public support, we hope to bring the Games back to a city that loves them.

With the 2024 Olympic and Paralympic Games, we have the opportunity to welcome the world to LA, bring our communities closer together, create a legacy for our city, and inspire a new generation through the Olympic values of friendship, respect and excellence.

The IOC’s Olympic Agenda 2020 reforms promote greater flexibility to make sure that the Olympic Games fit within the long-term vision of our city, reducing their cost and maximizing their legacy.

With 85% of the world-class venues in our Games Plan already built or planned as permanent facilities, Los Angeles is ideally positioned to deliver an innovative, fiscally responsible and sustainable Olympic Games.

Finally, LA is the poster child for Olympic legacy.  Proceeds from the 1984 Olympics went to the LA84 Foundation, which has invested more than $225 million to support more than 2,000 youth sports organizations over the past 31 years, and is still providing our kids with recreation and sports opportunities today.  In fact, last month, the LA84 foundation finished building four new soccer fields at Griffith Park.  If LA gets the Games, we look forward to building upon LA84’s success and creating additional legacy benefits for the city beyond 2024.

Given the newly revitalized Olympic Movement and the IOC’s Agenda 2020 reforms, we are even more convinced that LA could be the perfect partner for the IOC at this moment.

In your opinion, why is LA the best city for the Olympics to be held?

I can point to five reasons why Los Angeles is a strong candidate.

First, as I mentioned, we are a “poster child” for Olympic legacy. From the LA84 Foundation, which has invested more than 225 million dollars to support more than two thousand youth sports organizations over the past 31 years, to our deep bench of existing sports facilities capable of handling the Games, to our laser focus on fiscal responsibility – we already meet many Olympic Agenda 2020 goals.

Second, there are more than 1,000 Olympians and Paralympians living and training in Southern California because of our abundant and world-class sports infrastructure, our beautiful climate and our city’s long-term commitment to sport development. LA is ideally positioned to provide an unprecedented Olympic Games experience for all athletes and spectators.

Third, LA has the financial power and public passion to host a great Games. 81 percent of Angelenos want the Games. Every athlete from every country can expect to receive a warm welcome from our enthusiastic sports fans.

Fourth, we think it’s important to stress that we are not changing the face of our city to fit the Olympic Games; instead, with 85% of the world-class venues in our Games Plan already built or planned as permanent facilities, and with more than $40 billion invested in our transportation infrastructure and airport, we are adapting an innovative Olympic Games concept to fit our city. The Games must serve our city for generations to come, not for just 17 days in 2024. That’s Olympic legacy in action – not in theory.

Fifth, we have an exceptional Games Concept. This means spending the seven year lead up to the Games focusing on the athletes’ experience, not on construction deadlines and uncertainty.

For more information, please visit http://www.la24.org. The official announcement will be made at the 130th International Olympic Committee IOC Session in Lima, Peru in September of 2017.