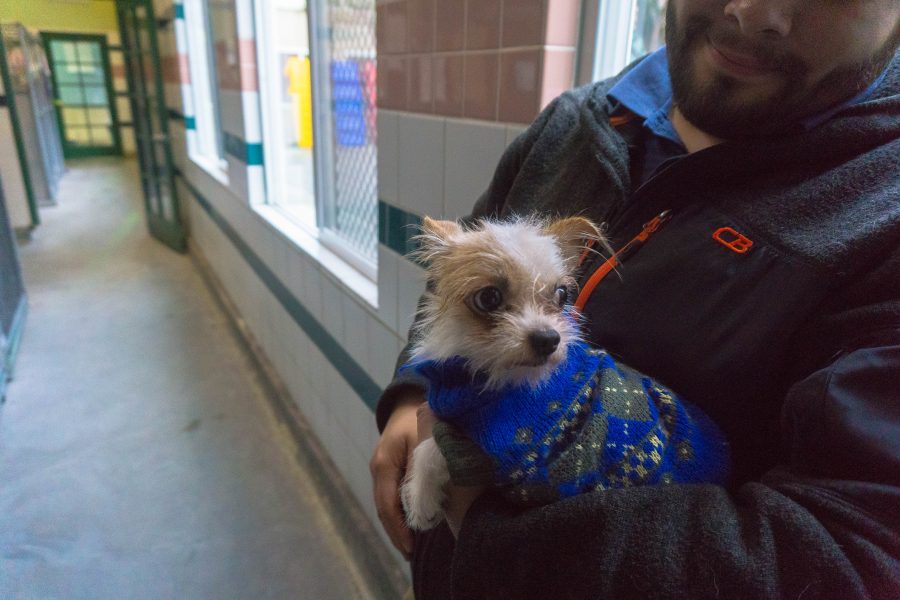 With only five months left in the school year, Milken students continue to work towards finishing their community service hours. Well, if you still need hours, and enjoy working with animals, we at The Roar may have found the perfect opportunity for you. Pet Orphans of Southern California is a non-profit animal rescue located in Van Nuys. For over 40 years, this amazing organization has been saving dogs and cats from life in our city’s shelters, which often leads to the euthanization of these animals. Proudly labeled as a “no-kill” shelter, Pet Orphans vows that it will keep an animal for as long as it takes for it to get adopted. Their volunteer program allows people ages 14 and up to go and volunteer at Pet Orphans.

I had the pleasure to go down and visit Pet Orphans and ask them a few questions. I spoke with Joe Luna, the Kennel Manager and Adoption Coordinator, and Daniel Rosales, the Grooming Manager and Rescue Manager. According to them, Pet Orphans has a maximum capacity of around 35 dogs and 25 cats. One of the main jobs that Pet Orphans does is go to many high-kill shelters around LA and bring their dogs and cats to the Pet Orphans facility to be adopted. The facilities include an Adoption and Grooming Center, a training center, a store, and an on-site Veterinary clinic, which Joe and Daniel say is the “fastest growing part of Pet Orphans.” When asked about how to volunteer for Pet Orphans, Joe and Daniel said that “you can schedule a time to go through an orientation that will teach you everything you need to know to be a volunteer here. Some of the tasks that our volunteers do is socialize with the animals, help with dishes and laundry, and walk the dogs.” Joe added that “socializing with our animals is the most important thing here”.

When asked what sets Pet Orphans apart from other shelters, Daniel said that it was the “Rehabilitation process.” It became clear to me throughout this interview that the staff of Pet Orphans truly care about the animals that they keep, and about doing whatever they can to rehabilitate these dogs and cats, and get them to a point where they can be put into permanent homes. Lastly, I asked both Joe and Daniel about what keeps them working at Pet Orphans. Daniel said that, “It’s the fact that we come to help so many dogs and cats. It’s very rewarding.” Joe added that, “There are so many problems with animal overpopulation and endangerment in our city, that I’m glad to be a part of the solution.”

Los Angeles has had a history of problems with animal overpopulation. According to the records of LA Animal Services, nearly 90,000 dogs and cats have been euthanized in our city shelters since 2010. Overpopulation of animals, due to many dog and cat owners choosing not to fix and/or microchip their animals, has led to a nationwide epidemic of stray animals that end up in our city shelters. Many adoptable dogs and cats are put down due to the lack of resources and money that our shelters are given by the government. Luckily, organizations like Pet Orphans are working to get animals out of the shelters, and into good homes.

If you want to be a part of this incredible organization, and get some community service hours, you can find them at their website: http://petorphans.org.