Mr. Kates and His Gallant Crusade to Save the Earth 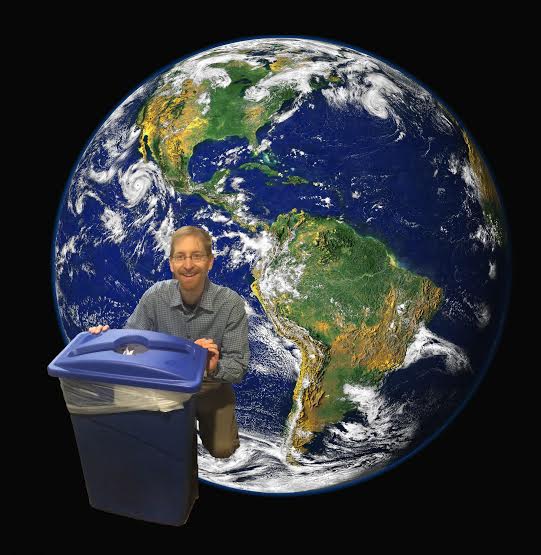 Mr. Kates is an avid environmentalist who has been interested in saving our beautiful planet since he was in high school. In our recent interview, he described how he has always loved the cathartic feeling he gets from hiking, biking, or just chilling in nature. Mr. Kates drives a natural gas car, which has “average emissions a ⅓ lower than a regular gas car”, and hopes to soon buy an electric vehicle. He also helps keep the earth clean by recycling and composting. Furthermore, Mr. Kates acts upon his strong love for animals by refraining from eating meat and most meat products, which, as he said himself, saves tons of water as “grains animals eat take up a lot of water.”

Not only does Mr. Kates act in environmentally conscious and sustainable ways in his own life, but he has also been the head of the Environmental Club since the beginning of this school year, and has already taken great initiative to create a more environmentally friendly campus here at Milken. With about 10-15 active members who have been meeting twice a month, the club is having important conversations about practical ways to improve Milken’s sustainability. When asked what the main goal of the club is, Mr. Kates eloquently stated that the club is dictated by student interest and hence should ideally promote making environmental change and activism- both on our campus and in the larger community. One of the club’s main projects right now is campus based. They are running a waste audit: a way to keep track of all the trash and recyclables that are placed in trash cans and recycling bins to get an idea of the state of our school’s recycling rate, and to help combat trash being placed in recycling bins, and vice versa. This is incredibly important, as Mr. Kates pointed out, “when there is trash in recycling bins, the stuff in there won’t be recycled”.

The club is hoping to hold conversations with Mr. Rios and Dr. Schwartz to help further and buttress their goals. They are also looking forward to possible future collaborations with the students of the Environmental Science course regarding the waste audit, as well as members of the Yozma Green Group to screen educational documentaries on environmental issues during a free oneg period. Mr. Kates also described possible future plans for composting on campus, which includes placing a trash can in which only food would be thrown away and later made into mulch that can be used to fertilize flowers, trees, and the like. With their enlightened conversations, a recycling rally, waste audit, and other ambitious plans, the environmental club is one of the most active and progressive clubs on campus.

When asked what his message to the milken student body is, here is what Mr. Kates had to say:

“My feeling about the environment is if we don’t have a clean and healthy planet that sustains all living beings, then we don’t have much to live for as a species. Being an environmentalist is not optional for me.”