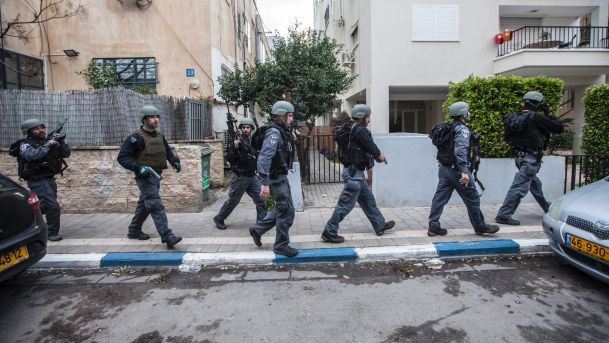 If you’ve been to Tel Aviv, I’m sure you’ve been on Dizengoff Street. Dizengoff is a vibrant street a few blocks away from the beach that is laced with plenty of shops and restaurants. On January 1st, a gunman opened fire on several businesses on Dizengoff Street, killing two people and injuring seven others. The police identified the suspect as a 31 year old Israeli-Arab man named Nasha’at Melhem. Nasha’at was wearing all black on the night of the shooting and pulled a submachine gun out of his bag. He started a fire at a Sushi restaurant, cafe, and bar called Ha’Simta. Right after he caused the shooting and fire, he took a taxi and shot the driver.

Instantly after the incident, police were searching for Nasha’at throughout Tel Aviv. Israel even asked the West Bank to search for him because he was nowhere to be found. Several days passed, and Israel asked Northern Arab towns to search for Nasha’at. A few days after the shooting, Nasha’at’s father and five other family members were arrested on charges of being an accessory to murder, illegal association, and conspiracy to commit a crime. Nasha’at’s mother also stated that the police threatened to demolish their home for not releasing information about their son.

On the day of the shooting two students from Milken were in Tel Aviv. Lauren Mossanen ’18 just had left Dizengoff center five minutes before the shooting. She said the whole city was in lockdown, “which was a new, yet scary experience.” Lauren was not expecting this to happen. She explained, “Being near the terror attack and missing it by an extremely short amount of time made me feel anxious, yet even more cautious than I was before. Having to be in a situation like this truly made me grateful for where we live. We aren’t constantly worried about what could happen at any moment in time.” Lauren now has a different perspective on the violence going on in Israel.

Everyone has a different perspective about the terror and violence going on in the Middle East. We aren’t fully exposed to the conditions in Israel, we aren’t as informed about them, and we certainly aren’t fully aware about how everybody there feels on a daily basis. Lastly, Lauren said, “We hear that terror attacks are the everyday life in Israel, but it’s hard to believe until you actually see it. Seeing the city nearly paralyzed made me aware of the caution and awareness that everybody needs to have when living or visiting Israel”.