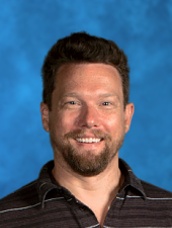 Mr. Rainer is the new honors and college prep chemistry teacher. He is new to the Milken community, but he has been a teacher his whole life. He has always had a passion for teaching and  has taught many different sciences throughout his 23 years of teaching. He was born in New York and had lived there for four years until he moved and grew up in a lovely town in South Carolina. Rainer is the youngest of four kids; he has an older sister and two older brothers. He was actually an “oops baby,” so he and his siblings have quite a large age difference. He did most of his teaching in Charlotte, North Carolina, until he came to Los Angeles. He taught at Central High School and Dorman High School in Page, South Carolina, which he describes as having a very similar clientele to Milken. He taught AP and at level chemistry,  physical science, forensics, and biology. This being his 23rd year of teaching, Mr. Rainer was recruited by Milken through a company and he knew it would be a really good fit for himself.

When asked about his hobbies, Mr. Rainer replies, “Teaching. That’s about it!” He participated in a marching band and played the piano for about 15 years. As a new Los Angelean, he loves visiting the beach with his new dog, Punk. Rainer attended the University of South Carolina where he earned his degree in Chemistry. He believes that the best part of Los Angeles is its diversity and the fact that “everyone can find their niche.” He took German for three semesters, but “could not speak a lick of it” when the classes came to a close. Rainer hopes to learn other languages in the future.

Coincidently, Rainer did NOT enjoy doing homework in high school. He was a strong student, earning A’s and B’s. Rainer believes that he “was not a very good student” because he “didn’t like doing homework and didn’t want to do homework.” Rainer adds, “I didn’t understand the purpose of homework, I thought it was busy work.” It was not until college that Rainer truly became a committed student.

Mr. Rainer was popular amongst the band kids. In his first two years of band, the group failed to qualify for any state competitions, but by the time Rainer reached senior year, the group placed fifth in the state. This accomplishment is something Rainer holds fondly in his memory of high school.

When asked how the new teacher would describe himself, he explains, “I am a lifelong learner, I love to learn still, like I love learning new things. I like to be adventurous, I like to go out and do things, I don’t want to just sit around the house all the time. And I’m a very loyal person. If you are my friend, then you’re my friend and I’m gonna take care of you and be there for you.”