Diversity Through My Eyes 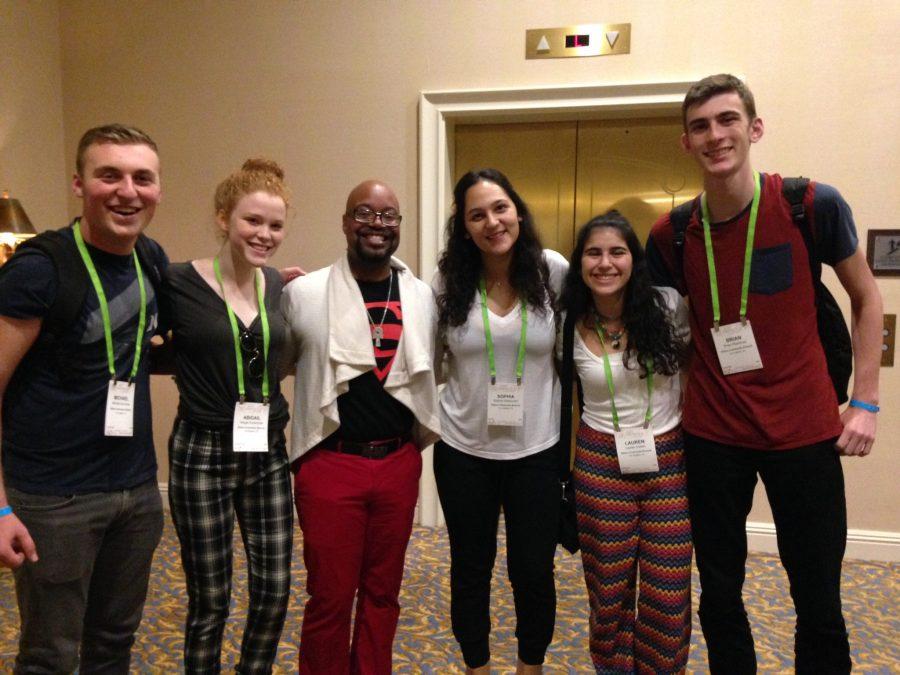 The Student Diversity Leadership Conference (SDLC) is an annual conference every year that brings together around a thousand students from independent schools. The two-day conference was spent discussing core cultural identifiers, including socio-economic status, ability, sexual orientation, age, gender, race/ethnicity, religion, and family structure. These core cultural identifiers were discussed mainly in family groups. However, students were also split in racial and regional groups.

Upon arrival, about 4,300 students and teachers sat in the convention center to listen to speakers kick off the conference. After the teachers and chaperones left, the students started their first activity. The activity was called “Silent Movement.”  The head of the SDLC program, Rodney Glasglow, would call out core identifiers, and every time someone identified with one of the identifiers, they would stand in silence. Being in a massive conference room with 1600 kids, in complete silence and focus, showed how much respect everyone had for one another.

After this activity was over, students migrated from the convention center to the hotel to meet with home groups.  Not only did my home group feel like a safe space right away, but I met people from all over the country. The first activity was called Class-Race. To start the activity, all 70 students  stood in a line. Then the facilitator would say, “Take one step back if …” or “Take one step forward if …” When taking the steps, students were not allowed to look around and see where other people were standing in the room. Some examples were “Take one step back if you had left a meal hungry because your family couldn’t afford enough food.” Another example would be, “Take one step forward if your parents graduated high school, and take another step if they also graduated college.” By the end of the activity, students were completely spread out around the room.  Most of the students at the front of the room were white, while most of the students toward the back of the room were black and/or Latino. Everyone easily noticed this separation, so the facilitators decided to have a discussion of the point of view  from the front, middle, and back of the room. The wall of the room was then discussed as a metaphor for the American Dream. 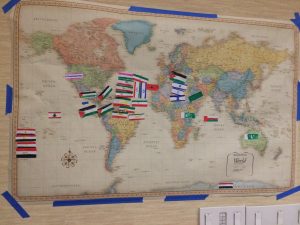 After home group, it was time to choose a group based on race, which was called an affinity group. When I saw the Middle Eastern affinity group,  I immediately went there. When I first got to the affinity group, I met several Persians, Palestinians, an Israeli, and people from other places in the Middle East. Many Persians told me that they were the only Persian student at their school, or that the group was the first time they met other Persians that were not their family.   The more time I spent  in the group, the more I felt disconnected. The first activity was to draw flags of where we believe our homeland is. I drew two flags; an American and Israeli flag. I chose these two flags because #1, I am an American, and #2, Israel is the Jewish homeland. Even though my parents are from Iran, I don’t really think of it as my homeland. I was the only person to draw an American flag and one of the four people who drew an Israeli flag. During this time,  I truly felt  like a minority within a minority. Most of the Persians in the affinity group were Muslim, not members of the familiar Jewish community I am used to.  They spoke  of  how they believe they are portrayed  as terrorists in America, and truth be told, it was difficult to relate to their situation. Having this dilemma of which affinity group I belong in made me realize something that I didn’t even know was a problem – it gave me a chance to really figure out my racial/cultural identity living in America.

At the closing of the conference, all the students – 1,600 of them to be exact – came together in the same space that the program began.  Many students used the microphone to  share things they had learned about themselves during the course of the conference. The support, respect, and sense of community in that room were overwhelming. People, for the first time in their lives, came out as transgender, bisexual, gay, and lesbian.  The conference was a beautiful experience that I will forever hold close to my heart, and forever stand as my motivator to bring awareness to the community I am from.