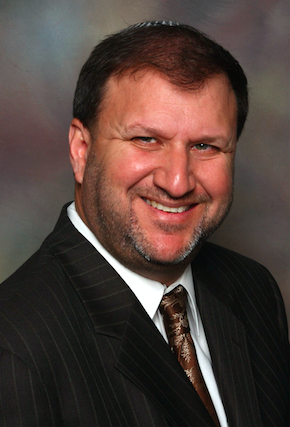 If you say the name “Cohen” at the Milken campus, chances are that many heads, including mine, will turn. But there’s a new Cohen on campus, and his name is Mr. Bill Cohen. Mr. Cohen is a new Jewish studies teacher here at Milken. You may know his wife, longtime Milken teacher Mrs. Cheryl Cohen, his son Jonah ‘17, or his other son Ariel ‘21. I sat down with Mr. Cohen and asked him a few questions about his life, both professionally and personally.

Mr. Cohen was born in Boston, Massachusetts, but has lived in Los Angeles for the past twenty years. He attended Brandeis University where he received a BA in politics and also earned a Masters in Education from the American Jewish University here in Los Angeles. While originally pursuing a career in real estate, Mr. Cohen says, “I enjoyed selling and renting real estate, however I did not find the career to be fulfilling. It wasn’t soulful, it made good money, but it didn’t matter because I realized that the most important thing is to make a difference.” He says he wanted to become a Jewish Studies teacher because, “While I was growing up, the Judaism that I learned about never really connected to my life. At some point, maybe twenty years ago, I reconnected to Judaism and learned that the most important thing that happens in a Jewish Studies class, is that the students connect what they are learning to their everyday lives.”

Mr. Cohen has worked in a wide range of Jewish learning environments, being the principal and head of administration at two different Jewish day schools. He says that, “coming to a larger institution and being a teacher and coordinator has been a transition of focus and career”. In addition to being a Jewish Studies teacher at Milken, Mr. Cohen continues to teach graduate students at the American Jewish University.

Personally, Mr. Cohen is an avid baseball and football fan. He loves all Boston teams, including the Patriots and the Red Sox. Since moving to Los Angeles, he says that he is also becoming a Dodgers fan. Mr. Cohen says that most of his time outside of school is spent with his wife and three children. When asked what it was like to go to work and have his wife and two of his children here at Milken, Mr. Cohen replied, “Milken is a big enough school that I rarely see Mrs. Cohen or my kids. But it is pleasant when we run past each other. For me, it’s been positive in that it is comforting to be in the same location as your family.”

I ended my conversation with Mr. Cohen asking, “I know you’ve only been here at Milken for a short time, but what is your favorite part about our school so far?” Mr. Cohen replied, “I love the intellectual curiosity and the student’s willingness to engage. Class is not a battle and the students are interested and wanting to engage in class. I also love the organization, and even though it is a big school, I love the way that the different parts communicate and work towards a shared goal. It’s an honor and a joy to be part of the Milken faculty and am looking forward to getting to know more students, and the school, as the months continue.”