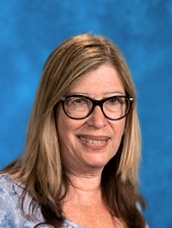 For Milken’s 25th Silver Anniversary, we sat down with Ms. Dagan, Hebrew teacher for over 25 years, to talk about her experience as one of the original Milken teachers. In this interview, we spoke about keeping in touch with old students, the rewards of being a teacher, and crazy Milken experiences.

When asked about how long she has been at Milken, she said, “Since the beginning of Milken – actually, I have been at Milken even before it was called Milken!” She added, “I started at Stephen S. Wise from 1971, teaching second grade and went up every year with the kids until they went to middle school.” Ms. Dagan also added that several other teachers have been here for as long as she has: “Ms. Flier and Ms. Zarfati – we have a good connection.”

Seeing that Ms. Dagan has been a teacher here for over two decades,  it  had to be asked  whether  she has kept in touch with her previous  students. She  replied, “Yes, I still connect with some students,” adding, “it is crazy to think that they are all grown up; mind blowing really.” Ms. Dagan recently found out that when one of her present student’s father was in her class when he was three years old! When asked what her favorite part of being a teacher is,  she immediately responded with, “The kids keep me young!” Ms. Dagan then added, “I love to see the changes from the start of high school to the end. It’s amazing to see them become contributors to society.”

The interview shifted gears when I asked this beloved Milken teacher about the most outrageous thing that she has ever seen happen at school. With a smile on her face, she told me about a moment in a time before Milken was even built. It is hard to believe, but at one point, Milken was split up into three different areas – University of Judaism (now known as AJU), Stephen S. Wise, and the middle school. She explained how she was teaching at  the  University of Judaism campus one day, and all of a sudden there was a fire alarm. She described the classroom as “small” and said the “kids couldn’t get out of the door fast enough, so they opened the window and climbed out.”

As we wrapped up the interview,  one more question came to mind: Why do you come back to Milken year after year? Ms. Dagan genuinely answered with, “Being with kids and caring for kids is something within me that drives my life.” She continued, “It is way beyond teaching in the classroom- I am teaching the next generation.”