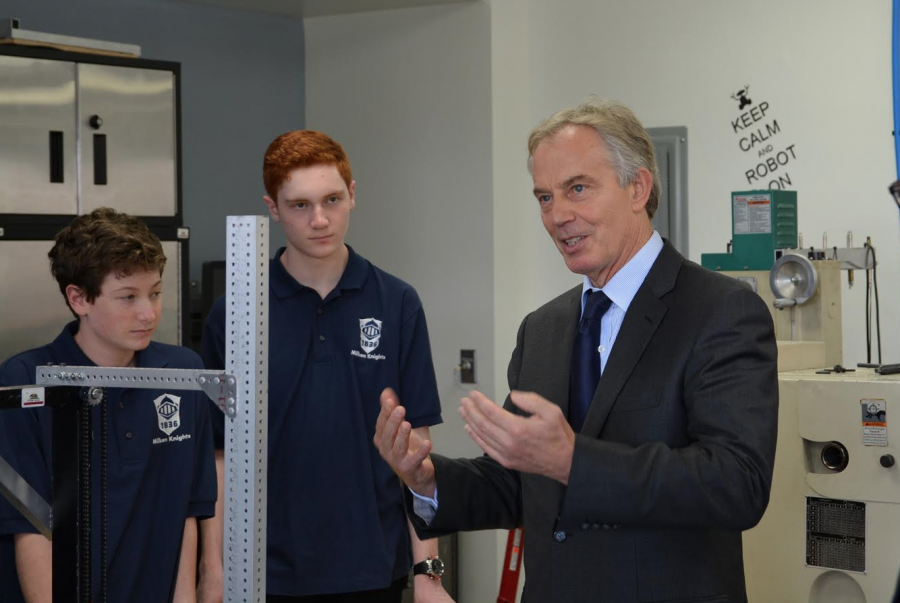 On Tuesday, May 26, former British prime minister Tony Blair paid Milken High School a visit, hosted by colleague Michael Milken. The scene was quite bizarre, as Milken students, oblivious to the prime minister’s visit, saw secret service men around the campus. The former world leader was seen by many students as he made his way from an English classroom to the robotics room. Following Blair was a large entourage including many top Milken officials, select students, Michael Milken and of course the secret service. 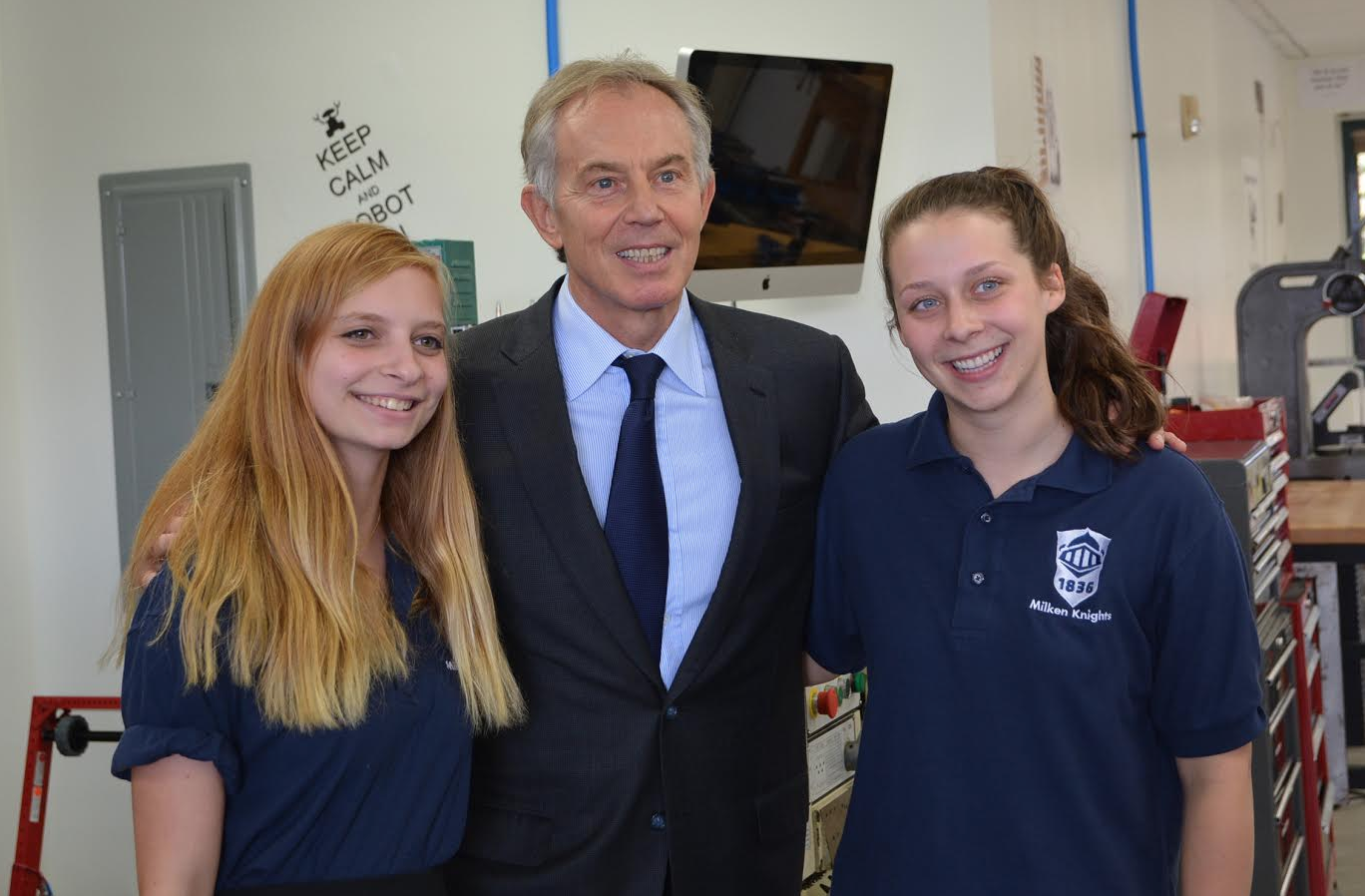 Blair made his first stop at Mr. Moran’s English class, where he did a Q&A and spoke with students about the importance of education. He envisions a future in which students in America will be able to learn in a foreign classroom environment. This will be done with a technologically advanced wall in the classroom — functioning as a screen — broadcasting a classroom in other countries. For example, Milken students would be able to sit in on a lecture in Egypt while Egyptian kids would also be able to partake in lectures from Milken teachers through the future wall technology.

Michael Milken, a proud financier of Milken Community Schools, has been active on the Milken campus as well. Michael enjoyed teaching Calculus for a day to a few lucky classes. When he told Ms. Metuka Benjamin, President of Milken, about the upcoming classified visit of the former prime minister, she told me that it was very hard to keep the exciting news a secret. In fact, the entire visit was kept confidential until the prime minister arrived. Mr. Moran said, “I was only aware that a powerful individual was coming to speak in my class. I had no idea who it was, except that the person had a ranking similar to President Obama.” Fifteen minutes before his class started, Mr. Moran was informed of the identity of the unknown guest.

After signing a few yearbooks in Moran’s class, Blair was escorted to the robotics class, meeting starstruck students on the way. The robotics team showed him some of their inventions, and he spoke to them about the importance of innovation and youth for the future.