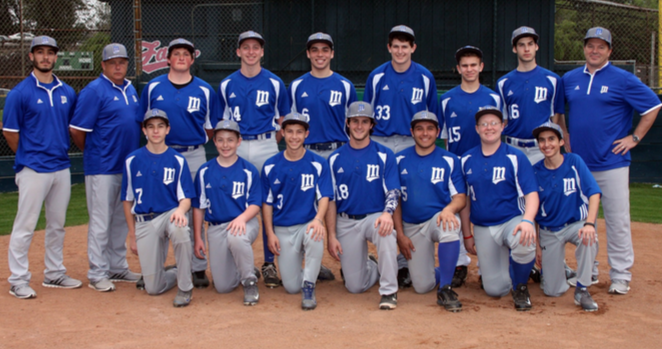 Simply put, Milken’s varsity baseball team had an up and down season. The Wildcats enjoyed emphatic wins but also suffered through their fair share of losses. Milken had a difficult season this year and by looking at the statistics what they need to improve on moving forward becomes quite clear.

The Wildcats season started on a high note. With an impressive 5-2 record to start the season, it seemed as if the Wildcats were off to a season full of success. With exciting wins against Shalhevet (9-3) and Southwestern (30-5) even the players were thinking big.

Isaac Gadinsky ’16, team leader in hits, had this to say about the team’s success in the beginning portion of the season: “It seemed like everything was clicking. The whole team was hitting and defending well and everyone got along. We were meshing.”

But things took a turn for the worst when Milken entered Liberty League play. The Wildcats went 0-10 due to a combination of factors. With the combination of injuries, seniors leaving for the March of the Living trip, and an increase in strength of schedule, it seemed as if the Wildcats were overwhelmed. The Wildcats suffered excruciating losses against Yula (12-11) and ended the season against New Jew (10-9).

Michael Reisman ’16 argued that “while the seniors were huge loses, what really hurt our team were the injuries. Losing Joe was huge.” Michael was correct in pointing out the importance of Joe Paller ’16. Joe was a major contributor to the team not only as one of their starting pitchers, but hitting at a .360 average with a team leading 10 stolen bases. Daniel Spar ‘16 was another big loss, as his .353 batting average was sorely missed in league play.

While many Juniors and Seniors were missing, an opportunity arose for younger players to step up. Pitcher/Outfielder Aaron Lawrence ‘17 pitched 19.1 innings, second most behind Shayne Tamkin ‘15. In 7 pitching appearances, Lawrence maintained a 4.34 ERA, the best among the team’s regular pitchers. Marcus Bernstien ‘18 led the Freshman players with a .286 batting average, and had 7 runs batted in.  Josh Miller ‘17 drew 10 walks in 31 Plate appearances. His good eye led to 8 stolen bases, a display of Miller’s elite athletic ability.

With a core group of juniors and sophomores returning next season, the Wildcats plan to move forward with a new set of leaders. Aaron Lawrence ‘17 says that the team’s work ethic will be crucial to their success, “If you want to succeed you must continue practicing;it is all you can do sometimes.” Things look bright for the Wildcats if they can play more consistently and stay healthy. If both of those things happen, the Wildcats undoubtedly have the talent to have a very successful season next spring.