Everything You Need to Know About the President and VP 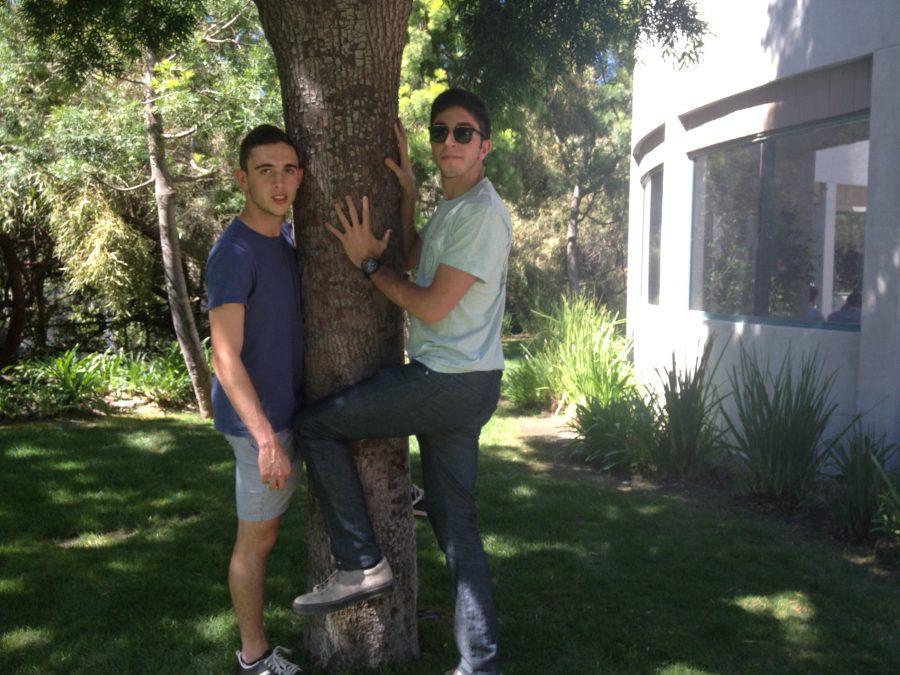 On March 20, Milken students elected the Student Government executive board for the 2015-2016 school year. The Roar sat down with new President Evan Mateen ’16 and Vice President Saman Hagigat ’16 to discuss their plans for next year…among other things.

First of all, congratulations on your election! Before we begin, there’s something very important that we need to establish: Evan, how do you feel being the successor of the legendary Yesh Prez B?

Evan: As great of a president as he was, I don’t think it’s possible to compare two different presidents who plan on leaving two different legacies behind at Milken. There was Yesh Prez B, and now there’s Mat Prez E. Just kidding, don’t call me that.

What’s your favorite thing about each other?

Saman: Evan’s ability to be a turtle.

Evan: Salmon’s ability to be a fish.

Why did you decide to run?

Saman: Well, my grades aren’t that good, so I need my extracurriculars to be solid for college.

Evan: No offense to the previous presidents at school, but it doesn’t seem like much has happened at Milken in the previous years. I think it’s time that we revamp the system and hire a full time petting zoo.

What’s something nobody knows about you?

Evan: I have a secret alter ego as a YouTube superstar by the name of turtlelover09.

Saman: That I may or may not have had a love affair with my 2003 Toyota Camry.

Which famous duo are you guys?

Evan: Nothing. I’m too afraid of Fern.

Saman: Pesek Zman. It brings me back to my Israeli roots. Also, the “genuine” smile you get from the Milken Mart moms.

What are some of your plans for next year?

Evan: That’s classified. But I can’t tell you that it involves a lot of chocolate, a lot of animals, and a lot of Dr. Lichti.

Saman: I want to make the seniors’ last year of high school memorable. Our grade has such a tight bond, and I want to extend that bond to the entire school.

What is your couple name?

Anything else you’d like to say to your future subjects?

Evan: Listen, I know Saman and I are very scary looking individuals (especially Saman), but once you get past our ogre-like external appearance, you will come to realize that we are just fairies. And we are fairies to grant your every little wish.