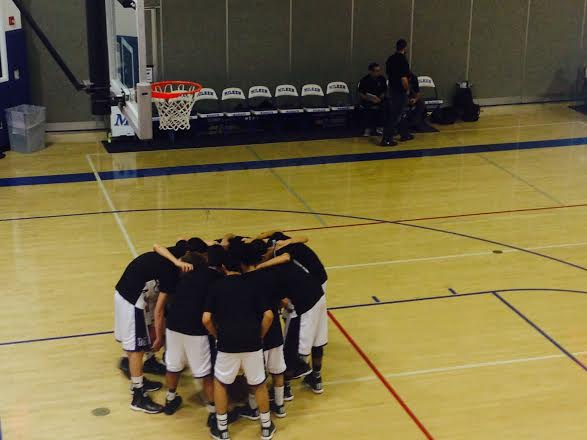 With a 10-9 record, the Milken Wildcats Boys Varsity Basketball team has had a good amount of success thus far in the season. However, the challenge of league play is imminent. There are a lot of questions yet to be answered and the Wildcats have a very difficult schedule ahead of them. In this year’s league schedule, the basketball team has a total of seven games against four different opponents. Let’s break down those match ups and see what the Wildcats are up against this year.

First, the Wildcats play the Oakwood Gorillas, who have a record of 12 wins and 4 losses. While the Gorillas have one of the best records in the league, they are around the middle of the pack in regards to their rank. Max Preps, a website that ranks all high school athletics, has them ranked at 567th in the state, which is just a little higher than the Wildcats, who sit at 578th. The Oakwood team is very well rounded. They have a surplus of guards and two 6-foot-4 players to play the post. While this will be a challenging game for the Wildcats, it will also be rather exciting, as these teams are very evenly matched.

Next the Wildcats play the Providence Pioneers, who have a record of 5 wins and 8 losses. While the Pioneers are ranked lower than the Wildcats at 587th, in the only match up they have in common, there were opposite outcomes. This can be seen in both the Wildcat’s and Pioneer’s games against Holy Martyrs. Although the Pioneers were able to defeat the Armens by eleven points, the Wildcats came up short, losing by eight points. Even though this is not a lot of information to go off of, it will be interesting to see how these two teams match up and how the Wildcats will play against the only team in the league ranked lower than them.

Afterwards, the Wildcats play the Yeshiva Panthers, who have a record of 7 wins and 5 losses. This match up against the Wildcat’s rivals should be interesting as both teams are very talented. However, the Panthers are highly ranked this year at 367th in the state and possess both size and speed to score in transition. In addition, the Panthers have a more experienced lineup than the Wildcats, with only one underclassman in comparison to the Wildcat’s five. Even with all of these aspects in mind, this rivalry is usually extremely tight, since both teams compete at an exceptionally high level. Look for things to be relatively the same this year, as these two teams will go head to head twice in a ten day span.

Last but not least, the WIldcats will play the Buckley Griffins, who have a record of 13 wins and 3 losses. The Griffins are considered the best in team in this league, as Max Preps has ranked them at 148th in the state. While this ranking makes this matchup seem nearly impossible, don’t be surprised if the Wildcats push this Buckley team to the limit. Well-coached basketball teams are always capable of pulling off upsets, and this is exactly what the Wildcats will hope to do when they play this highly talented Buckley team.

The Wildcats have both the talent and the coaching to have a successful league season. They will look to their three top upperclassmen, Niccolai Golshan ’15, Jordan Rosenbloom ’15, and Joshua Mehdyzadeh ’15, for both leadership and consistency on both sides of the basketball. Freshman phenom Amitai Afenjar ’18 and Brian Perlman ’17 will also have to step up, as they are two of the tallest and strongest players on this team. Overall, this could be a great league season for the Milken Wildcats if everyone on the team plays to their full potential.